Bank of Valletta was preparing for the possible pull-out of ING, its sole remaining provider of correspondent banking services in US dollars, an official confirmed.

The official, who asked not to be named, said mitigating measures were being taken over fears that the Dutch bank could pull the plug on its correspondent banking services to Malta.

ING is the last remaining provider of correspondent banking services to BOV in US dollars. Deutsche Bank terminated its servicing of such transactions two years ago.

ING was fined €775 million in September after admitting that criminals had been able to launder money through its accounts. Ever since, it has been on a de-risking exercise and correspondent banking relationships with small jurisdictions seen as high risk are being severed.

Malta’s willingness to combat financial crime has been called into question over recent years, fuelled in part by Prime Minister Joseph Muscat’s refusal to dump his chief of staff, Keith Schembri, and Tourism Minister Konrad Mizzi over their involvement in the Panama Papers scandal.

ING did not respond to a request for comment from the Times of Malta.

The BOV official who spoke to this paper said other small banks in Europe were facing the same problems with their correspondent banks. Although no formal word had been received by BOV about an ING pull-out, the official said the bank was in contact with certain second-tier American banks over the possibility of them providing correspondent bank services.

“We are preparing for all eventualities and will find ways and means to widen the pool [of US dollar transaction providers],” he said. 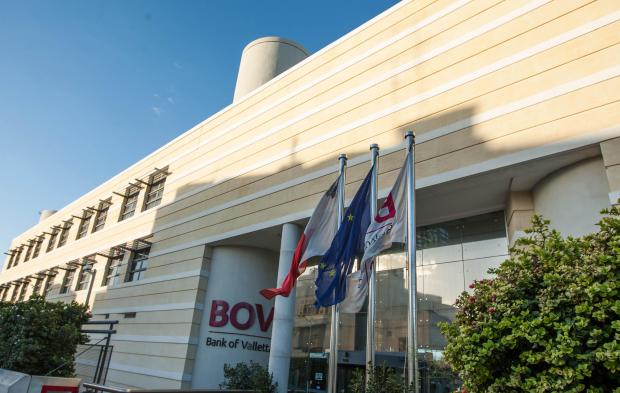 BOV is undertaking its own de-risking exercise and has closed down many US dollar accounts viewed as being high-risk.

Banks clearing dollar transactions can fall foul of tough American anti-money laundering laws even when servicing transactions on behalf of another institution they could be providing correspondent banking services to.

A BOV spokesman declined to comment on what he termed as an issue of a “sensitive and confidential nature”.

He said BOV was not in a position to give information concerning its correspondent banking relationships. “When we are in a position to disclose publicly, this will be done through the official channels as applicable to an institution listed on the Malta Stock Exchange.

“We would like to reassure the public that the bank is taking all necessary measures to ensure that Bank of Valletta will remain a strong and stable institution in the best interest of our customers and stakeholders”, the spokesman said.

A government official briefed on the situation said lobbying efforts were under way to try to persuade ING not to pull the plug on Malta. It is understood that the matter was also discussed at a Central Bank of Malta meeting earlier this week, though this could not be confirmed. A spokeswoman for the Central Bank declined to comment.

Finance Minister Edward Scicluna said when contacted he had discussed the matter with his Dutch counterpart on the sidelines of a recent EU meeting and had also presented him with a letter on the subject. He said the latest report by the OECD showed that correspondent banking services were down by more than 20 per cent worldwide.

Financial expert Paul Bonello told the Times of Malta EU directives placed a lot of responsibility on correspondent banks. Bad press about Malta, whether justified or not, could not continue to be treated like water off a duck’s back.