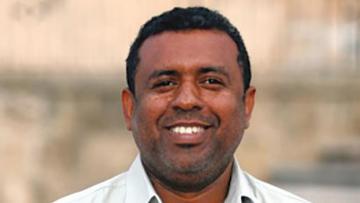 Edvaldo Carvalho da Silva (picture, right), a Brazilian, has been appointed technical director with the aim of lifting the local game’s profile while acting as head coach of the national indoor and beachvolley selections, the Malta Volleyball Association said in a statement.

He has worked as coach and talent scout with various clubs in his home country and also in Europe between 1987 and 2005.

“The appointment of Carvalho da Silva has to be seen as one of the cornerstones in our plan and mandate to build the foundations for the future of the game,” association president Jesmond Saliba said in the MVA statement.

“He will play a pivotal role in ensuring that volleyball finds its rightful place as a sport of choice for the younger generations.”

Since the current administration took over at the helm of association last June, they succeeded in reviving the men’s league and generated renewed enthusiasm for the game all round.

“The engagement of a technical director is yet another step towards our objective of seeing the growth in both indoor and beach volleyball in Malta,” Saliba added.

“The MVA is also seeking positive results on the international scene.”