A few minutes after seeing her newly tattooed breasts in her reflection in the mirror last week, Krystyna exclaimed: “It’s the first time I felt normal in a very long time”.

She travelled from North Macedonia to Malta to get restorative areola tattoos in what she strongly believes is her personal journey to feel like a woman again.

Her eyes well up as she looks at her chest in the mirror and she smiles at her 34-year-old daughter, Julia, whose eyes are also glistening as she translates her mother’s words into English.

Krystyna, who was born in Poland, recounts how her journey started in 2003 when she went for a regular checkup and underwent a mammogram and echocardiogram (echo) in Skopje, North Macedonia, where she lived with her husband and their two children.

The mammogram didn’t show anything but the echo revealed a small dot under her right nipple. Further tests showed a small tumour in the same area and, that year, she underwent a mastectomy to her right breast.

“I wanted to remove it before things got worse… The operation was successful. When I looked in the mirror for the first time I felt empty. Like a part of me was missing,” says Krystyna whose husband passed away in 2009.

For many years she wore a special bra with a prosthetic insert but did not feel comfortable. Then in 2013, after thinking about it for a long time, she decided to get corrective breast surgery.

I was feeling very empty and not fulfilled

Once she was going under the knife she decided to correct the inverted nipple on the left breast which was the result of a sports injury from her teens.

But, following the surgery, the nipple became inverted again, leaving her with a missing areola and a hole in the middle.

Meanwhile, last year, Krystyna’s daughter Julia – who has been living in Malta for five years – came across an article about the work of tattoo artist Veronica Lee Sapiano, whom she happened to know. 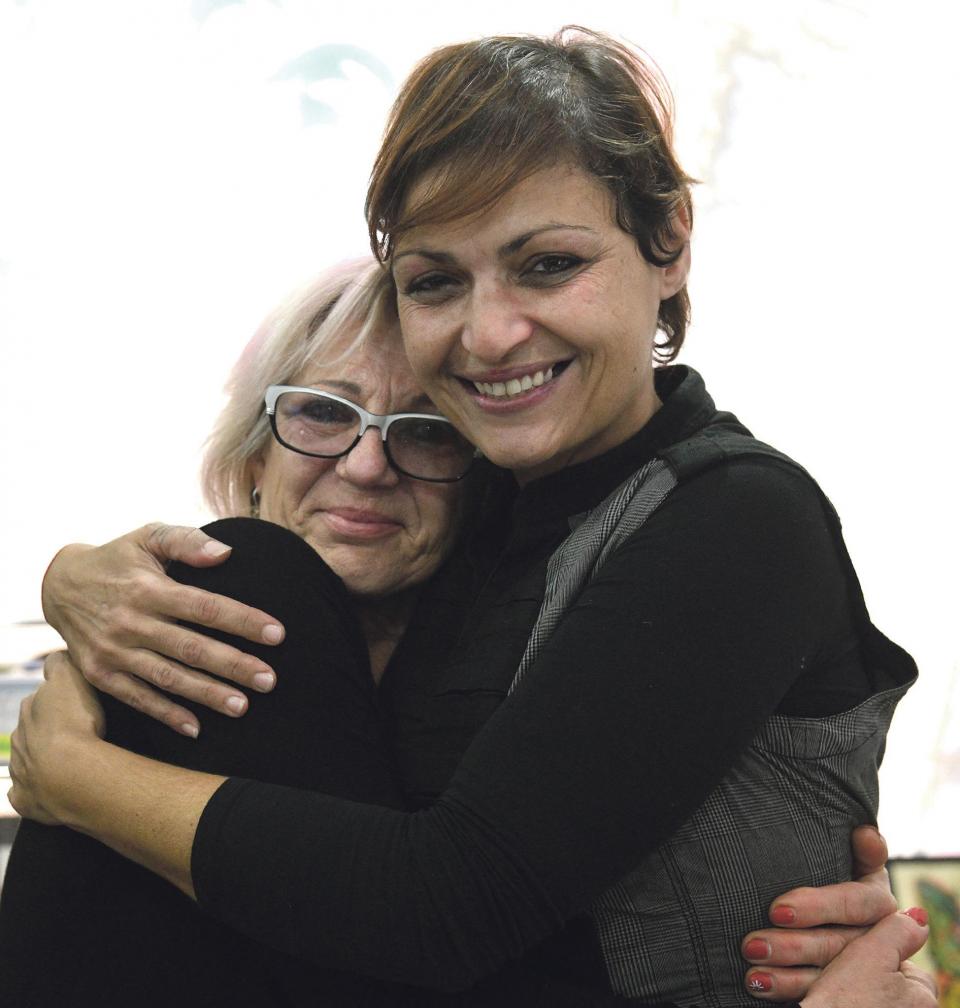 The breast cancer survivor embracing the tattooist last week after the intervention.

Veronica is one of the first tattoo artists in Malta to offer permanent medical tattooing, which involves tattooing on scar tissue, including areola restorative tattooing on breast cancer survivors.

“I was feeling very empty and unfulfilled. I felt like I was not a complete woman. When I found out that this was possible – to get nipples tattooed – I wanted to feel complete,” Krystyna says.

Following consultation, Veronica booked her in and Krystyna flew to Malta for her first of two restorative tattooing sessions.

They started by discussing the positioning of the tattoos by fitting stencils in place. After that, Veronica tattooed both areolas, using artistic 3D illusion, on the skin.

“I started with the tattoo on the right breast that had the mastectomy and implant. The skin was very stretched and I had to be very sensitive. Then I did the other areola on the inverted nipple. During the second session, in 10 weeks’ time, we will build the colour as scarring pushes out a lot of ink,” she says, adding that contrary to cosmetic tattooing, with medical permanent tattooing there is no need for regular retouching.

Meanwhile, Krystyna looks forward to getting back to her normal self. “To all the women who faced breast cancer I recommend to try and do this to have the same feeling I have – of feeling normal… I tell them to be positive, love life and fight,” she says as she thanks an emotional Veronica before the two women hug.