Malta is well prepared for the role it will be required to play as EU Council President when the Brexit talks start, but one should not run away with the idea that Malta would be conducting the negotiations, Prime Minister Joseph Muscat said this morning.

He also reiterated Malta's view that Britain should get a fair deal which would be inferior to membership. One could not decouple access to the single market from freedom of movement.

He was contacted after UK Prime Minister Theresa May announced she would launch formal Brexit talks with EU leaders before the end of March 2017.

Malta will take over the six-month rotating presidency in January. During this period, the presidency chairs meetings at every level, helping to ensure the continuity of the EU’s work within the Council.

Ms May yesterday ended weeks of speculation and said she would trigger article 50 of the Lisbon Treaty, the formal mechanism for leaving the European Union, heralding the start of a two-year negotiation period with the EU.

Prime Minister Joseph Muscat yesterday tweeted that Malta was “geared to handle” the initiation of Brexit negotiations. He said the island’s presidency would ensure “honest brokers for a fair deal”.

Dr Borg said Malta would not be directly involved in the negotiations over Brexit because that would be handled by the EU’s “technical heavy machinery”. 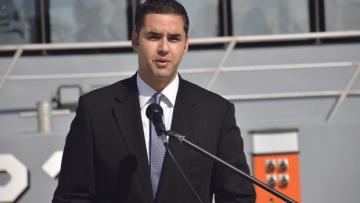 The British Prime Minister’s pledge will see the UK leave the EU by spring 2019 at the latest. “We’ll be starting the negotiations once we’ve triggered article 50 but I think it’s important to get the right deal for the British people,” she told the BBC before taking to the stage of the Conservative Party Conference in Birmingham. “Things will be different in the future, once we leave the EU, we’ll be in a different position. We’ll be an independent country. Crucially, we still do want to have a good relationship with Europe and the European Union,” she said.

Ms May said Parliament would be kept informed, stating: “This is not about keeping silent for two years but it’s about making sure we are able to negotiate, that we don’t set out all the cards in our negotiation because, as anybody will know who’s been involved in these things, if you do that up front, or if you give a running commentary, you don’t get the right deal.”