Brian Schembri returns to the Manoel Theatre on Saturday to conduct the Estonian Sinfonietta in the closing concert of this year’s International Spring Orchestra Festival. Ateş Orga caught up with him in Paris. 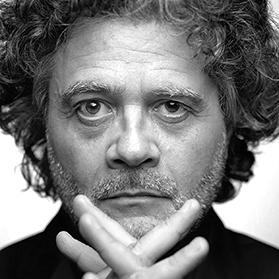 We know you to be a motivated, inspirational conductor of the classics – Mozart, Beethoven, Schubert, Brahms. But you also have strong contemporary interests.

Promoting works by living composers is a matter of artistic obligation, performed as well as possible and ideally more than once – easier said than done! I love the challenge of ‘delivering’ a newly born work. Learning an unknown piece without any reference to previous performances is the only process that provokes anything in my spirit akin to a competitive feeling. This also applies to non-contemporary works. I’ve recently been fascinated by the discovery of Carlo Diacono’s World War I opera L’Alpino, with months of work leading to a centenary revival in Żejtun last December. Mascagni believed that “Diacono himself does not know what talent he posseses”. Malta owes him eternal gratitude for the wonderfully beautiful church music he wrote. But Malta was too small for his potential. Opera and history buffs really should get to know L’Alpino.

You’ve long been a distinguished champion of Maltese music, from Isouard to the present day, both in the concert hall and the recording studio. How do you place Maltese composers on the international map?

I’ve conducted works by Mariella Cassar, Albert Garzia, Carmelo Pace, Joseph Vella and Veronique Vella, among others, and have strongly supported a large number of Maltese composers through different projects and programmes I was responsible for as music director of the Manoel Theatre and artistic director of the Malta Philharmonic Orchestra.

There’s no doubt that Charles Camilleri, who died 10 years ago, is probably the most extensively published and internationally performed Maltese composer of the 20th century. Independently of his ultra-modernistic output, he created what one could call a Maltese idiom in music, easily recognisable and ingeniously pastiched from motifs or folk tunes that any Maltese can somehow relate to. I’ve been following Karl Fiorini’s development for many years, a talented composer who studied with Charles and has evolved his distinctively personal sound world. Naturally contemporary in character, he remains, in his own original way, firmly attached to classical principles. Published in Britain by United Music Publishers, his works are being performed increasingly around the world, to deserved critical acclaim.

I believe in the necessity to differentiate between the good, the bad and the ugly, the great works of art and the rest

Your forthcoming concert includes song cycles by Fiorini and Mahler – the former, commissioned by the Valletta Cultural Agency, a premiere setting French poems by the poet Sophie Charpentier. How do you set about preparing such works for performance?

Mine is the simplest of ways. I read through the scores, I play them at the piano, trying to imagine and understand the creative and expressive raison d’être of each note, detail, rhythmic structure and harmonic progression. A work needs to get into my system. Only then can I begin to feel (rightly or wrongly, one never really knows) that, in a certain manner, it’s ‘mine’. The better the work, the deeper the oceans and wider the horizons one discovers with each performance – a never-ending meditation of sorts. In appropriating a work it’s essential to have complete and blind faith in the composer. I always approach a piece, a page, as if it had just been composed, with a child-like awe at the magic every dot and dash carry within them. Even with works I’ve conducted often, I start each time with a clean copy of the score before me, discovering it as if I’d never heard it before. With living composers I always discuss issues to better understand what, according to  Mahler, does not necessarily lie within the notes, but which, according to Debussy, lie between. Or was that Mozart?

Is there anything you would not conduct?

There are more and more works I’d happily not conduct. Not that they are bad, or uninteresting. Not that I don’t ‘enjoy’ performing, listening or even reading through them. But I seem to have developed an intense interest in works that present specific artistic challenges, usually linked to issues of formal or stylistic unity. For example, Beethoven’s divine Missa Solemnis or the Janus-like Opus 111 Piano Sonata. Sibelius’s magnificent Seventh Symphony, Shostakovich’s enigmatic Fifteenth. Puccini’s awesome yet unfinished Turandot. They intrigue me passionately, making many other works feel like excuses for self-love and vanity, a performer’s ego trip, …been there, seen it all…

Opera houses used to be a training ground for conductors. Are they still?

That was the tradition, and a number of theatres still function in this way, but it’s becoming a thing of the past. Aspiring conductors today learn their job at the piano and in their imagination, virtually without an orchestra at their disposal. The rare occasion when they’re allowed to touch the real thing is often limited to mimicking the music through gestures. Conductors too often learn what it’s all about (if that’s indeed possible) once they are, officially speaking, already fully-fledged professionals. This has made for a culture of make-believe (fraud), short-cut learning and preconceived rehearsal attitudes and reactions, leading to a sort of conducting-by-numbers – which is miles away from what I think this profession should be about.

In taking on a CD, rehearsing and fine-tuning different takes in the studio, do you see your role as that of a recording producer? Finalising ‘live’ recordings of your concerts, you certainly seem to be very hands-on.

Recording ‘live’ piano recitals with practically no hope of editing anything, working in dry anti-musical acoustics with often poor quality or poorly adjusted instruments, I learnt early in childhood to hate the recording process. But in life you have to do things you don’t necessarily like. It all depends on the complexities of a project and the relationship one succeeds (or not) in building with sound engineers and producers. Studio recordings, in the best cases, are not just about a performer or work, but about the process itself. With the right support and guidance from an experienced, creative producer/engineer, the experience can be great. ‘Live’ recordings are different in so far as the performer is at the mercy of the moment (with all the great and awful surprises one can experience) and of the recording team – who hopefully know what they’re doing! Such people have saved many a performer and orchestra from dire straits… One thing is certain, as people who know me will have experienced, I am very touchy as to what should or should not be published. A recording – a ghastly compromise that can never restitute the reality of music as an organic process – has to justify itself with at least some significant quality. It’s not about getting the right notes. I’ve had my share of difficult moments with collaborators failing to understand what, for me, is a basic principle.

You and your elder brother, the University academic Giuseppe Schembri Bonaci, come from a vibrant, dynastic Valletta family. To what extent did your background and the values that were instilled in your childhood shape the man, the artist, you are today?

My family background was cardinally influential, having imbued me with some very strong qualities. My father, Carmelo – a highly talented musician who played clarinet and saxophone with some of the best bands on the island and who was quite an exception at the time since he further went through the best classical music training then available on the island – was my teacher and mentor till his death… and, I would say, even after that. With Giuseppe, life and art has made us very close. He has always been of great support, a fountain of ideas with his exceptional capacity to englobe the widest profound knowledge into intense compact reasonings and concepts.

What is your credo?

In an age of minestrone cross-over and post-modernistic free-for-all, I believe in the necessity to differentiate between the good, the bad and the ugly, the great works of art and the rest. Truth, justice, is of primordial importance. As Maxim Gorky put it, somewhat paraphrasing John the Evangelist: ‘Lies are the religion of slaves and masters. Truth is the god of free man.’ Always have I been true to music, to what I believe in, to myself, to others.

This content was provided by the International Spring Orchestra Festival.