The 14th summit of BRICS, an emerging-market group that includes Brazil, Russia, India, China and South Africa, will be held this week in virtual format under the theme of “Foster High-quality BRICS Partnership, Usher in a New Era for Global Development” under China’s chairmanship.

Over the past 16 years since its establishment, BRICS has become an all-round and multi-level framework, with practical cooperation carried out in dozens of areas, upholding the spirit of openness, inclusiveness and win-win cooperation.

As the world is faced with numerous uncertainties, including a pandemic unseen in a century, the five major developing countries are expected to contribute their wisdom and efforts to promoting global development.

BRICS countries are an important driving force for regional and global economic and trade growth. Despite the prolonged impact of COVID-19, the total volume of trade in goods of BRICS countries reached nearly $8.55 trillion in 2021, a year-on-year increase of 33.4 per cent, official data shows.

Meanwhile, China’s bilateral trade with other BRICS countries totalled $490.42 billion, up 39.2 per cent year on year and higher than the overall growth of China’s foreign trade in the same period.   Worldwide, BRICS countries account for 18 per cent of trade in goods and 25 per cent of foreign investment, statistics show.

Prinx Chengshan (Shandong) Tire Co., Ltd, a tire producer based in east China’s Shandong Province, has been engaged in the Brazilian market for over a decade and has been popular with local distributors and customers.

According to the company, the mutual recognition agreement of authorized economic operator (AEO) status between China and Brazil, which officially came into effect on Jan. 1, 2022, has boosted the company’s product exports.

Such stories have become quite common in BRICS countries, and the coverage of their economic and trade cooperation will only expand. During the 12th meeting of BRICS economic and trade ministers held earlier this month, the participants pledged to deepen cooperation in such fields as the digital economy, trade investment and sustainable development, supply chain and multilateral trade mechanisms.

To tackle infrastructure and development challenges faced by emerging economies, the New Development Bank (NDB), with its headquarters in Shanghai, was founded by BRICS countries and formally opened in July 2015.

From renewable energy projects in Brazil to railway network upgrade programs in India and new toll roads in Russia, the NDB had approved more than 80 projects in member countries by May 2021, with a total portfolio of some $30 billion. According to the bank, from 2022 to 2026, it will provide $30 billion of financial support for member countries, with 40 per cent of the funds to be used for mitigating global warming.

Functioning as a new and strong impetus for development, the BRICS Partnership on New Industrial Revolution (PartNIR) Innovation Center was launched in Xiamen, east China’s Fujian Province in December 2020 to provide a foothold for BRICS countries to make use of technological innovation and digital transformation.

Earlier in June, the center signed a memorandum of understanding (MoU) with the NDB to facilitate bilateral cooperation and promote the common development of BRICS countries, stating that the two sides will give priority to cooperation in such fields as artificial intelligence, the industrial Internet, energy conservation and environmental protection through joint research, personnel training and information sharing on infrastructure and sustainable programmes.

Marcos Troyjo, president of the NDB, said that besides the NDB, the BRICS PartNIR Innovation Center is another concrete mechanism to foster cooperation between BRICS countries. They both aim to promote the sustainable development agenda, including the delivery of the UN Sustainable Development Goals, in BRICS as well as other emerging markets and developing countries.

Since the beginning of the COVID-19 pandemic, BRICS countries have supported one another with medical supplies and carried out extensive cooperation on infection prevention and control, diagnosis and treatment protocols, and vaccines and drug research and development.

In March, the Butantan Institute of Brazil inaugurated a factory in Sao Paulo for the production of the China-developed CoronaVac vaccine starting from 2023. 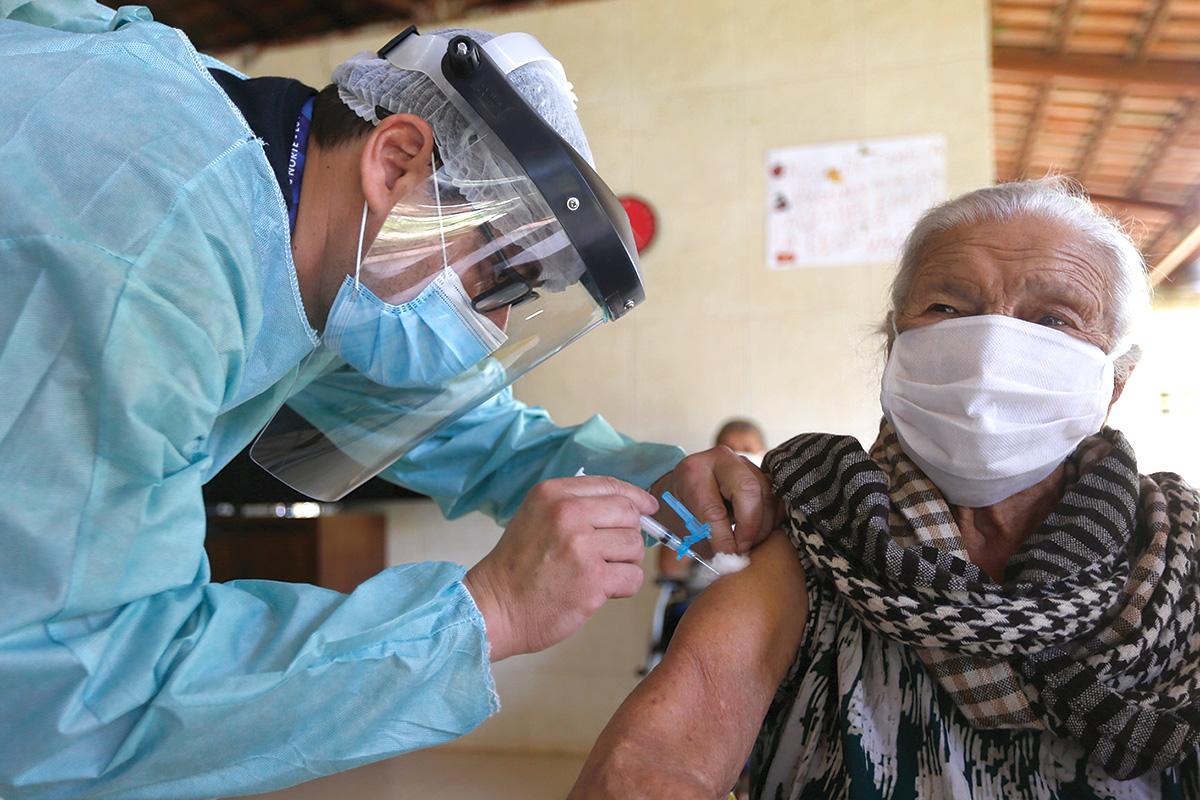 Also in March, a launch ceremony for the BRICS Vaccine Research and Development Center was held online. The five BRICS countries jointly proposed an initiative to strengthen vaccine cooperation to ensure the accessibility and affordability of vaccines in developing countries through their equitable distribution as global public goods.

The initiative is also aimed at enhancing BRICS countries’ capability to control infectious diseases and respond to public health events. It places special emphasis on openness and welcomes more partners to join.

The 12th meeting of BRICS health ministers held in May via videolink agreed that BRICS countries will launch an early-warning system for large-scale pandemic outbreaks. Attendees had in-depth discussions on a range of topics, such as COVID-19 pandemic prevention and control, the development of new health systems and digital health.

The achievement of BRICS cooperation has not only enhanced the say of emerging markets and developing countries in the world, but also made BRICS an important platform for promoting South-South cooperation.

In 2017, China proposed the “BRICS Plus” cooperation model, which aims to strengthen the unity and coordination among BRICS members for greater cohesion and, at the same time, to keep broadening the BRICS “circle of friends” in a joint pursuit of shared development and prosperity for all emerging markets and developing countries.

After chairing a video dialogue of foreign ministers between BRICS and emerging markets and developing countries in May, Chinese State Councilor and Foreign Minister Wang Yi noted that all foreign ministers who attended the dialogue supported and agreed with the “BRICS Plus” cooperation model.

Speaking highly of the “BRICS Plus” cooperation, foreign participants of the dialogue expressed the willingness to enhance strategic communication and coordination between BRICS countries and emerging markets and promote the development of global governance system that is more fair and equitable, and more inclusive and democratic. 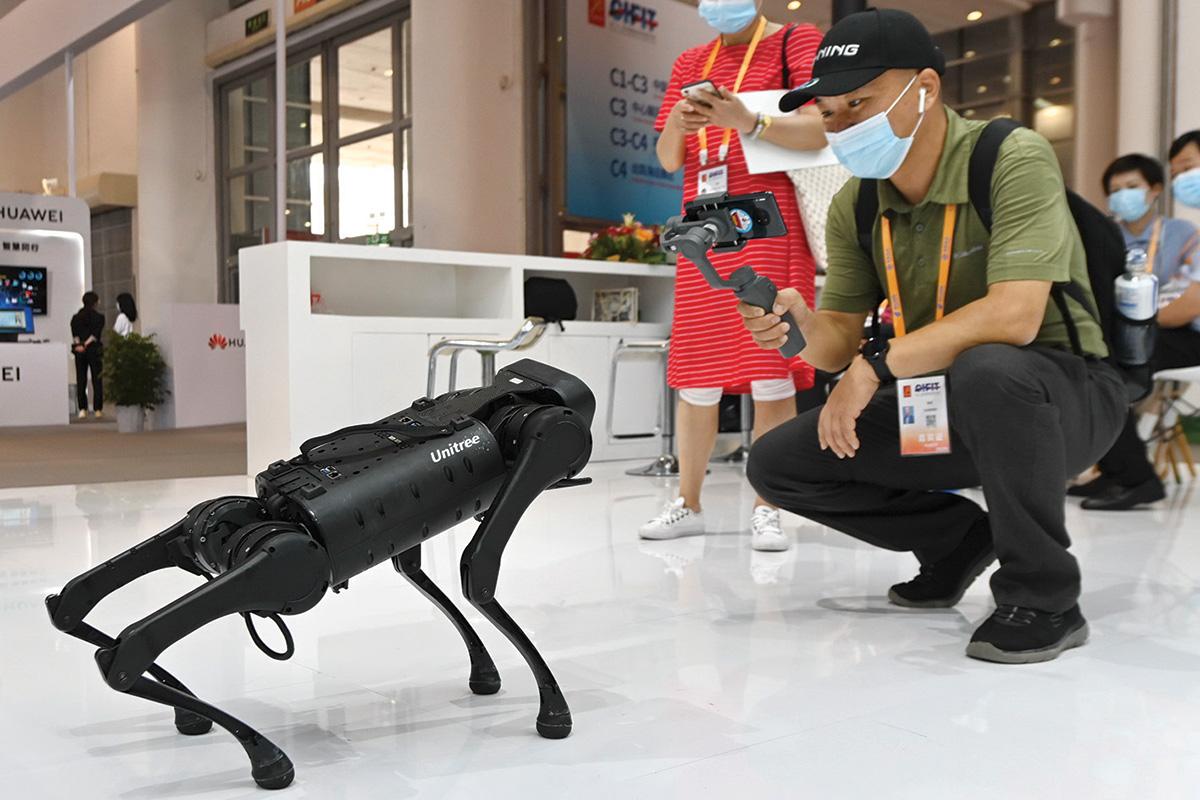 Wang Youming, director of the Department for Developing Countries Studies of China Institute of International Studies, pointed out that BRICS cooperation on poverty reduction, food security, green development, industrialization, digital economy and connectivity, among others, have met the needs and aspirations of many developing countries, and therefore the BRICS cooperation mechanism will play an important role in helping developing countries cope with the impact of COVID-19 and other development challenges.

Gu Qingyang, an associate professor at the Lee Kuan Yew School of Public Policy of the National University of Singapore, told Xinhua that in the future, BRICS countries can further strengthen their current cooperation mechanism and gradually expand it, and deeply integrate it with programs under the UN Sustainable Development Goals and the Belt and Road Initiative to gain greater space for cooperation and development.

During a recent media briefing in Cape Town, South African President Cyril Ramaphosa said that his country wants to see a “greater and deeper partnership” with other members of BRICS, an “attractive” group that many other countries have confidence in. (Source: Xinhua News Agency)