Apart from its success as an educational institution, over the course of the past three decades the Brigitte Gauci Borda School of Dance has also become widely-known for its stellar productions of some of the most important ballets in the repertoire, including Swan Lake, Giselle, Cinderella, Sleeping Beauty, Coppelia, and Paquita, as well as the spectacular 1999 performance of The Nutcracker, which was held at the Manoel Theatre in collaboration with professional guest dancers so as to commemorate the school’s 10-year anniversary. 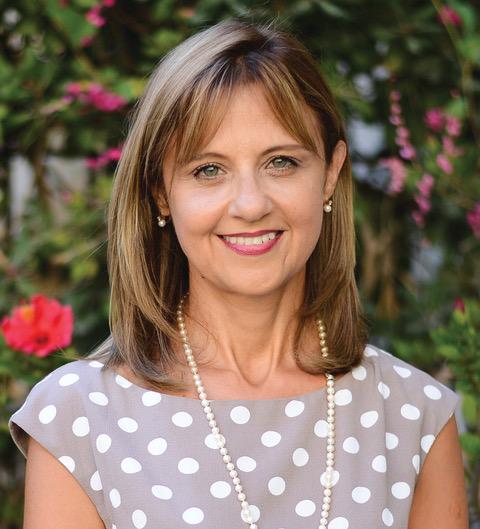 In 2017 Gauci Borda initiated the International Ballet Malta project, which aims to bring internationally-acclaimed guest dancers from abroad to Malta so that Maltese students can benefit from their example and experience. A year later, in 2018, the Brigitte Gauci Borda School of Dance was invited by Konstantin Ishkhanov and the European Foundation for Support of Culture (EUFSC) to join the production of Crystal Palace – which is an original ballet created by Alexey Shor with unique costume and set designs, and the accompaniment of a live orchestra – in a mouth-watering collaboration with Russia’s Bolshoi Theatre. 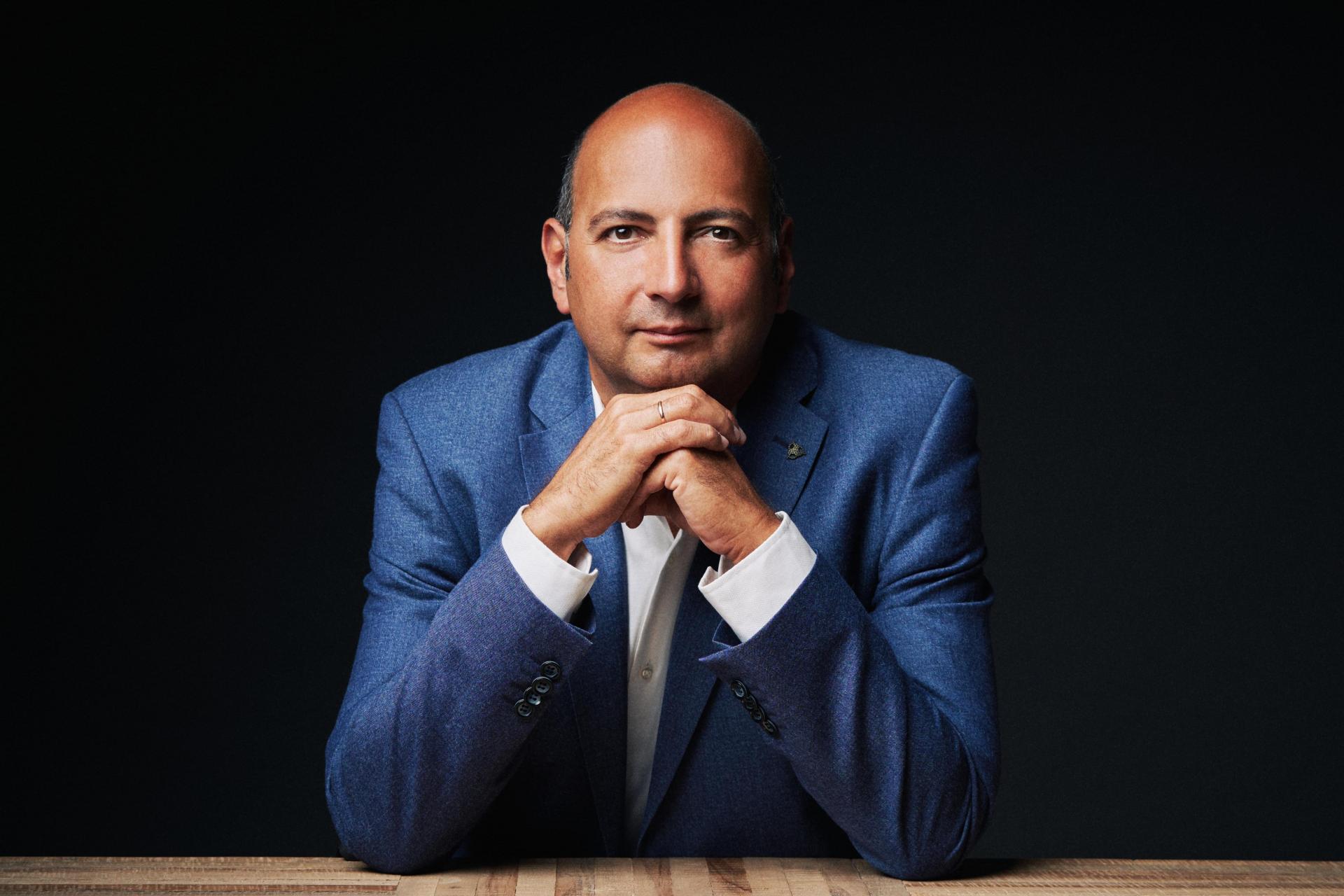 Gauci Borda spoke to us about the challenges that her school, and indeed, the entire arts industry has faced in recent times due to the impact of the COVID-19 pandemic, with the dance instructor noting that her dance school is among the luckier ones, since the large size of their studios means that they were not obliged to close their doors. Instead, the instructors at the school placed stickers three metres apart to ensure that social distancing regulations are being adhered to, but the spacious nature of the halls means that students are still able to practice at the barre and in the centre of the room without issue.

However, this does not mean that the pandemic has had no effect on the school’s operations, for as Gauci Borda pointed out, restrictions on contact between teachers and students means that certain techniques and movements that require the dancers to work with partners cannot be practiced at this moment in time. In addition, teachers are no longer able to go over to students to correct posture and technique the way they used to, since any contact requires teachers to sanitise their hands immediately afterwards. Barres and other equipment also need to be sanitised before and after every session which has made things trickier for the school, but, as Gauci Borda said, such measures ensure that the school is a safe zone for both teachers and students. 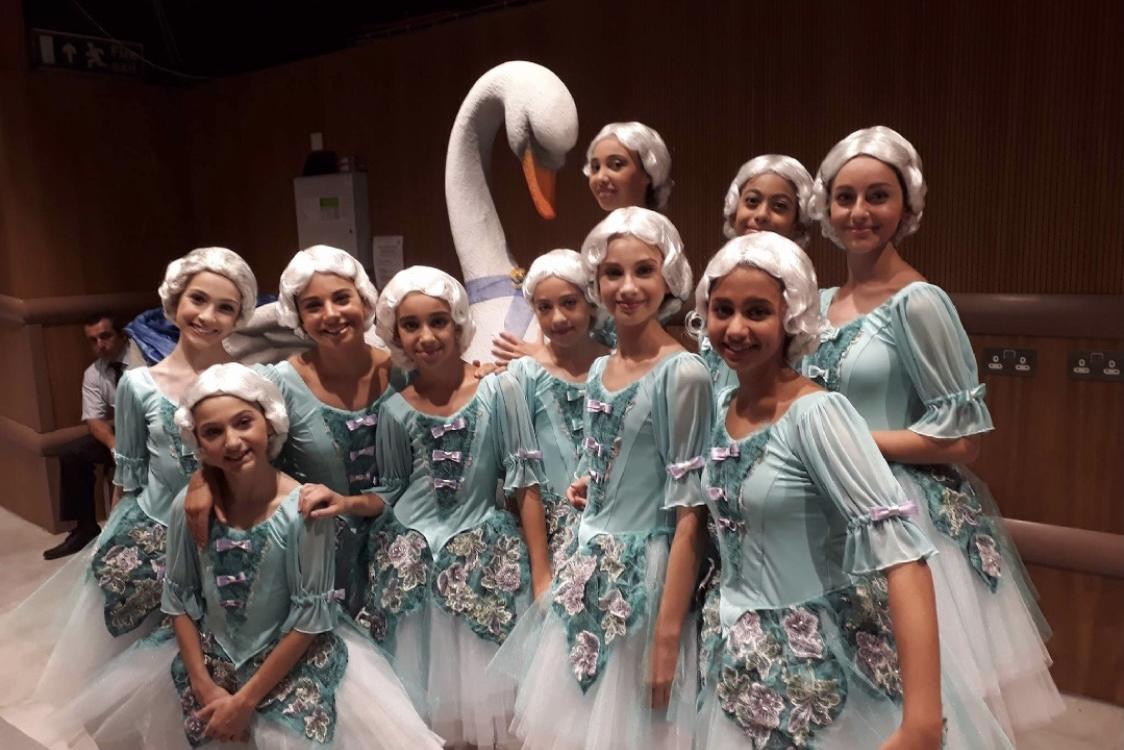 Brigitte Gauci Borda School of Dance students in costume for the performance of the Crystal Palace ballet in 2017, MCC

The school director also spoke about the contingency measures that her institution has taken in preparation for a possible lockdown, as she explained that internet services have been installed in every studio to ensure that, if the need arises, the studio can be shut down without any disruption to classes, with students being able to follow from home. However, Gauci Borda stressed that, although possible, this still would be far from ideal, since most students don’t have the necessary equipment or space to practice from home, while the lack of face-to-face contact is a big hindrance to students’ motivation levels, and their rate of progress.

The instructor acknowledged that, in reality, running a school in the current circumstances is not viable really, since class capacity has been drastically reduced, with each class containing only four to six students, which is not sustainable in the long run. Nevertheless, she insisted that it has been her desire to make sure that the school remains afloat, regardless of the financial viability, both for the sake of the students, as well as to maintain some degree of income for the teachers as well.

Gauci Borda also touched upon her school’s 2018 collaboration with Konstantin Ishkhanov and the European Foundation for Support of Culture (EUFSC), which saw professional Russian ballet dancers joining students from the school in a performance of a new ballet written by Alexey Shor entitled Crystal Palace. She noted what a unique and exciting opportunity this project proved to be, especially for the students involved, who got the chance to perform alongside internationally-distinguished dancers and dance with a live orchestra, which is a very rare occurrence due to financial constraints. Gauci Borda spoke about the high production values and vast scale of this project, as she explained that the EUFSC cut no corners in its production, with spectacularly-designed costumes and set pieces, new music, a distinct choreography created solely for this ballet, and the participation of over forty dancers from Russia’s Bolshoi Theatre and other ballet companies in the country. 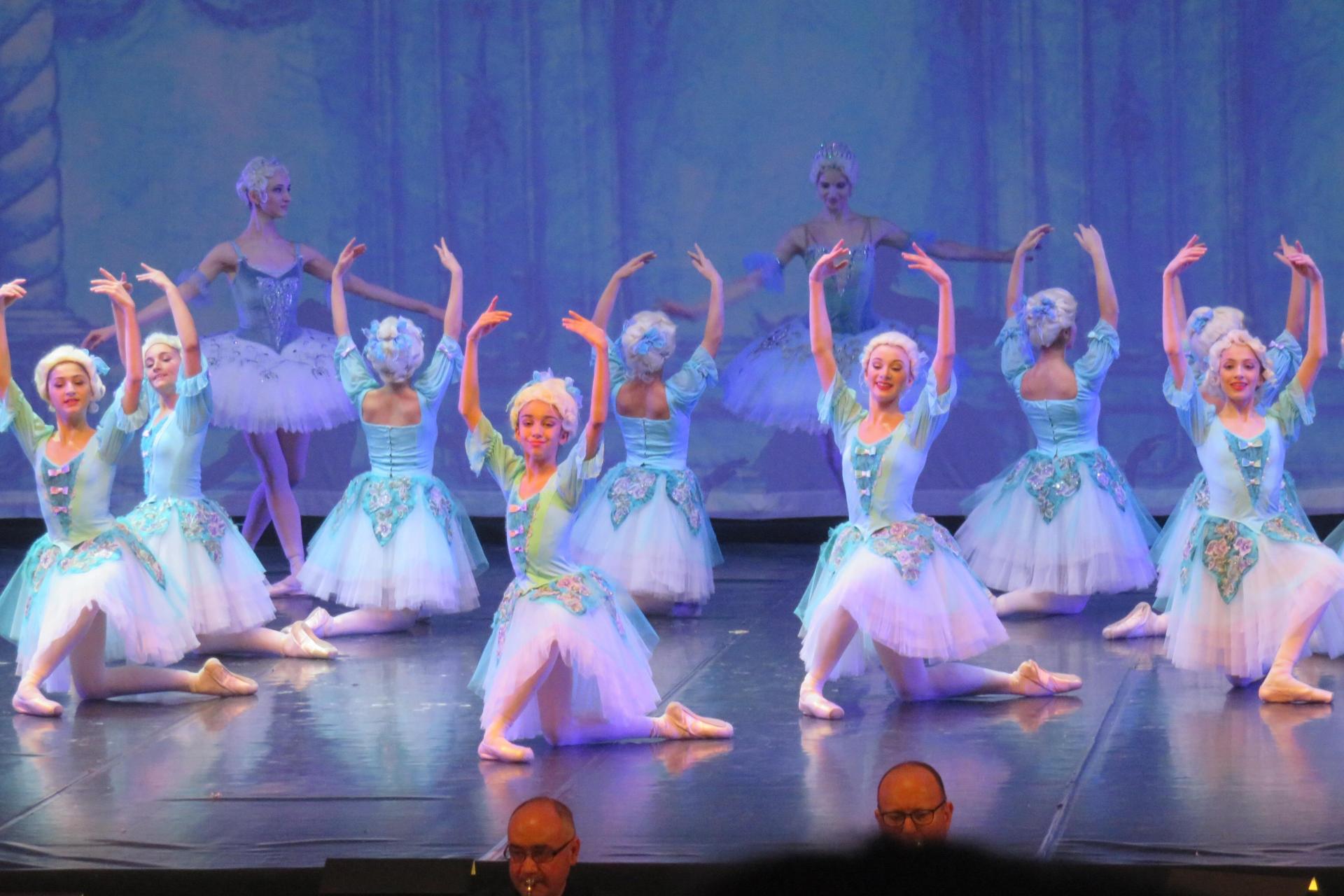 The school director recounted how Ekaterina Mironova – who was the project’s director and choreographer – travelled to Malta to visit the school so as to carry out auditions among the students and pick the most accomplished, taking care to work in line with the ballet’s criteria which even include factors like height and weight. The chosen students first studied the choreography with Mironova alone, and then rehearsed with the entire troupe when they arrived to Malta, and, as Gauci Borda proudly recalled, they managed to learn the entire choreography in a very short amount of time – just two weeks! The dance instructor also spoke of her students’ excitement to be preforming alongside such renowned names as Maria Vinogradova, Ivan Vasiliev, and Maria Allash, with the young Maltese dancers all rushing to get photos and autographs from the international ballet stars at every opportunity.

There were also challenges which presented themselves throughout the production though, especially with regard to the language barrier, with a number of the international visitors, including the Director herself, being unable to communicate fluently in English. Gauci Borda marvelled at how her students, along with Mironova, were able to circumvent this barrier through the use of the art form itself, which acted as a form of common language that allowed the two parties to communicate without any need of a shared vocal language.

Moreover, there were also some difficulties in the initial stages of the production, before the project had event taken off, since Konstantin Ishkhanov’s proposed undertaking happened to clash with a previously-planned presentation that some of the school’s students were already committed to. Gauci Borda recalled how it was thanks to Ishkhanov’s persistence that the project even managed to set off, with the president of the EUFSC promising to work around the school’s schedule and weekly lessons to get the project going.

In addition to this performance of the Crystal Palace ballet, the Brigitte Gauci Borda School of Dance also took part in an event entitled ‘Dance Showcase’ a year later, which was held at the Mediterranean Conference Centre (MCC) in Valletta and actually included some of the sections of the ballet within it. There was the inclusion of a live orchestra once again, with the Malta Philharmonic Orchestra stepping in to fill this role, and even the Bolshoi theatre was involved once more, with the troupe sending over seven ballerinas and adjusting the choreography of the original production to fit this altered format. The altered choreography proved to be yet another challenge for the students, since they had to remember what they had first learnt a year earlier, and then learn new parts on top of that.

Gauci Borda then spoke of another initiative that she is intimately involved with – namely the International Ballet Malta (IBM) project – with the instructor explaining that she conceived the project as a way to enable ballet students from all over Malta and Gozo to experience the tuition of some of the best dancers and teachers in the world. The project sees one of these artists being invited over to Malta every month to deliver masterclasses that are open to all ballet students, not just to those who attend the Brigette Gauci Borda School of Dance. Gauci Borda noted that so far there have been visiting teachers from acclaimed companies like the English National Ballet, Royal Ballet, Royal Swedish Ballet, Companhia Nacional de Bailado in Portugal, Opera Graz in Austria, Nuremberg National Ballet, National Ballet of Macedonia, Hong Kong Ballet, National Ballet of Hungary Budapest, Dutch National Ballet, and the Teatro La Scala & Staatsballett Berlin. Thanks to Konstantin Ishkhanov and the EUFSC, the IBM Associate programme even managed to book the services of Daria Lyakisheva, one of the Bolshoi’s leading ballerinas, with the Foundation sponsoring the masterclass, and financing the ballerina’s flights and accommodation while in Malta.

In fact, Gauci Borda thoroughly hailed the support being provided to organisations like hers by the European Foundation for Support of Culture. The school director observed that sponsorship is usually quite difficult to come by in Malta, with the only public resource being the Arts Council. However, obtaining support through this Council is no easy task, with Gauci Borda recalling how she applied for funding twice with no success in either instance. Conversely, working with Ishkhanov proved to be quite straightforward, with the cultural philanthropist sponsoring all aspects of the Crystal Palace ballet as well as supporting the IBM initiative, thereby providing the school’s students with a series of unique life-changing opportunities. The dance instructor expressed her wish that further collaboration between her school and Ishkhanov’s organisation could resume once the COVID-19 pandemic is over, as she noted that Ishkhanov himself seems to be quite interested in restarting the partnership once conditions become more favourable.

Gauci Borda concluded by touching upon some of the success stories that her school has been responsible for, as she proudly noted that a significant number of her students have gone on to study and pursue professional careers abroad, with two currently studying at the Elmhurst Ballet School, and another at St Petersburg’s Vaganova Ballet Academy. Recently another of her past students graduated from this same Academy, while yet another ex-student graduated from the National Ballet School in England, and is now working with a German dance company. Many of these students have also gone on to find jobs in West End Musicals, while others have decided to use the skills they have gained to pursue different careers within the world of dance, such as one student who spent a number of years performing on cruise ships, and even spent some time working as a dancer at Disneyland Paris.

To find out more about the Brigitte Gauci Borda School of Dance, visit the website here.