The proposed plans for the underground metro system discriminate against Gozitans, especially those who commute to Malta daily for work, according to the Association for Gozitan Employees working in Malta.

“The proposal completely ignores the island, further excluding it and its inhabitants from the heart of the country’s social and economic activity,” association spokesperson Charlene Muscat said.

“We’re all in favour of a metro. We were among the first associations to propose it when the first plans for the Malta-Gozo tunnel were drawn up.

“Back then, we had proposed that the tunnel includes a metro line which would connect Gozo to Mater Dei and the University, Sliema, Ħamrun and Valletta.”

But the association says the current metro plans put aside the needs of Gozitan workers and the social and economic growth of the island.

An estimated 3,500 Gozitan workers cross over to the mainland daily to work.

The London consultancy firm Arup, which just published plans for Malta’s metro, has calculated that Gozo’s population must increase by at least 50,000 people for a metro line to be feasible.

Last week, the government published plans for a 35-kilometre, three-line underground metro network with 25 stations spreading across the north-east area of Malta, from Buġibba to Sliema, Birkirkara to Valletta and Mater Dei to the airport and the three cities. 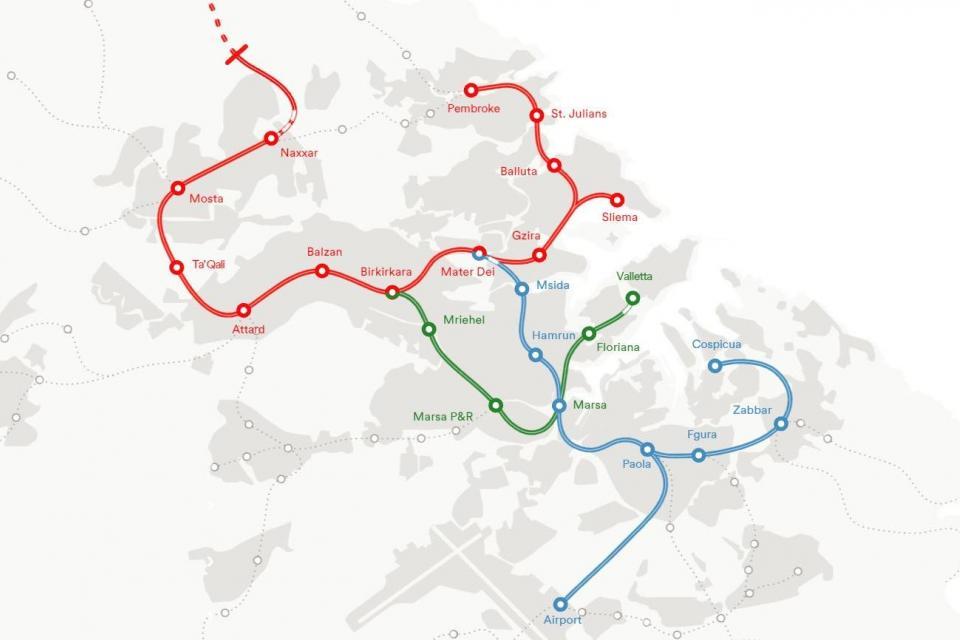 The network will take 15 to 20 years to build and will cost €6.2 billion but there are growing doubts on whether the project is, in fact, feasible, mostly because the excavation and construction process is still unclear.

The association is also insisting that the proposal does not consider the increasingly large influx of Maltese people who seek short vacations in Gozo and the potential of Gozo as a major tourist attraction.

“We need further studies on feasibility before we rule out every possibility because Gozo is becoming an increasingly popular holiday destination and the metro could enhance that potential,” the association said.

“Gozo needs the metro because the current road network is already struggling to handle the regular Gozitan traffic, let alone the tourist influx.”

A 2017 metro proposal released by the Nationalist Party had suggested running a metro line through an eventual Malta-Gozo tunnel, with a station in Victoria.

According to their project estimates, that line would have been the network's most expensive one, with costs estimated at €700 million, plus a further €300 million to construct the tunnel.

A separate proposal presented by architect and civil engineer Konrad Xuereb also included a line to Gozo, with stations proposed for Mġarr, Victoria and Marsalforn.

The National Statistics Office says 1.62 million people travelled between the two islands in the first half of this year and the Santa Marija week saw some 73,000 people cross the channel, a slight increase over last year.

2019 saw a whopping 221,088 people cross over to the sister island for the popular holiday and the association says numbers will probably rocket again after the pandemic, and not just for the Santa Marija week.

The association said that, frequently, plans to improve transport, infrastructure and working conditions do not take into account the Gozitan workers’ needs and this is why many Gozitans feel they are treated like second-class citizens.