It has become customary to take the Malta Mediterranean Literature Festival to audiences who might not attend such a festival. 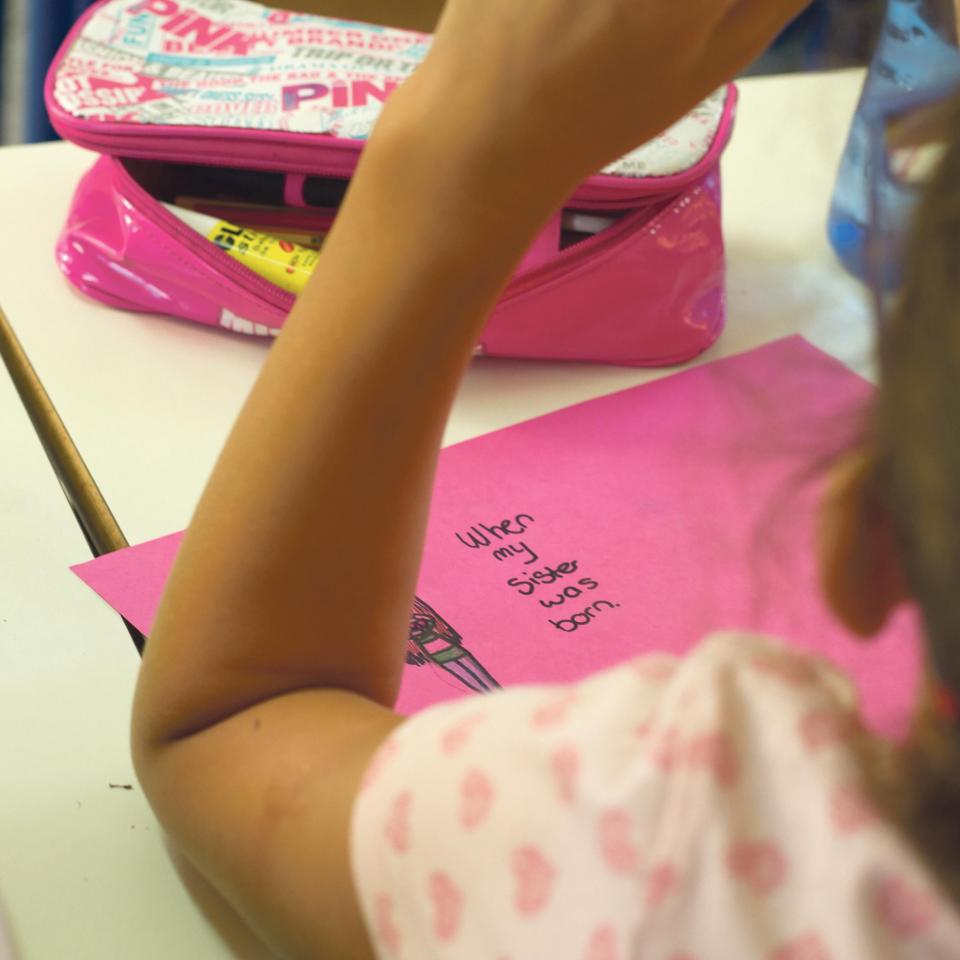 For this year’s edition, Inizjamed, the cultural NGO responsible for the festival, organised a series of storytelling workshops for children and early teens led by Eric Ngalle Charles, a Cameroonian writer residing in Wales.

The workshops centred around themes such as memories and coming of age, with the use of Matt Stroud’s illustrations capturing the dark and bright colours of Eric’s experience.

In Ngalle Charles’s own words: “Through narrative craft, such workshops introduce young minds to all forms of literature. More importantly, they give participants a chance to meet writers with different backgrounds to theirs, thereby opening their imaginations to other worlds and languages.”

Drawing upon personal narratives, Ngalle Charles demonstrated that, just like a journey, storytelling is not about going from point A to points B and C, but about what lies in between, what memories you make and carry with you, the episodes that (re)shape your narrative.

To paraphrase a children’s classic quote, “anyone can write… Not everyone can become a great writer, but a great writer can come from anywhere”. When asked about his experience, Ngalle Charles remarked that he loved interacting with the children, who in turn responded creatively by describing their favourite childhood memories through writing and drawing. 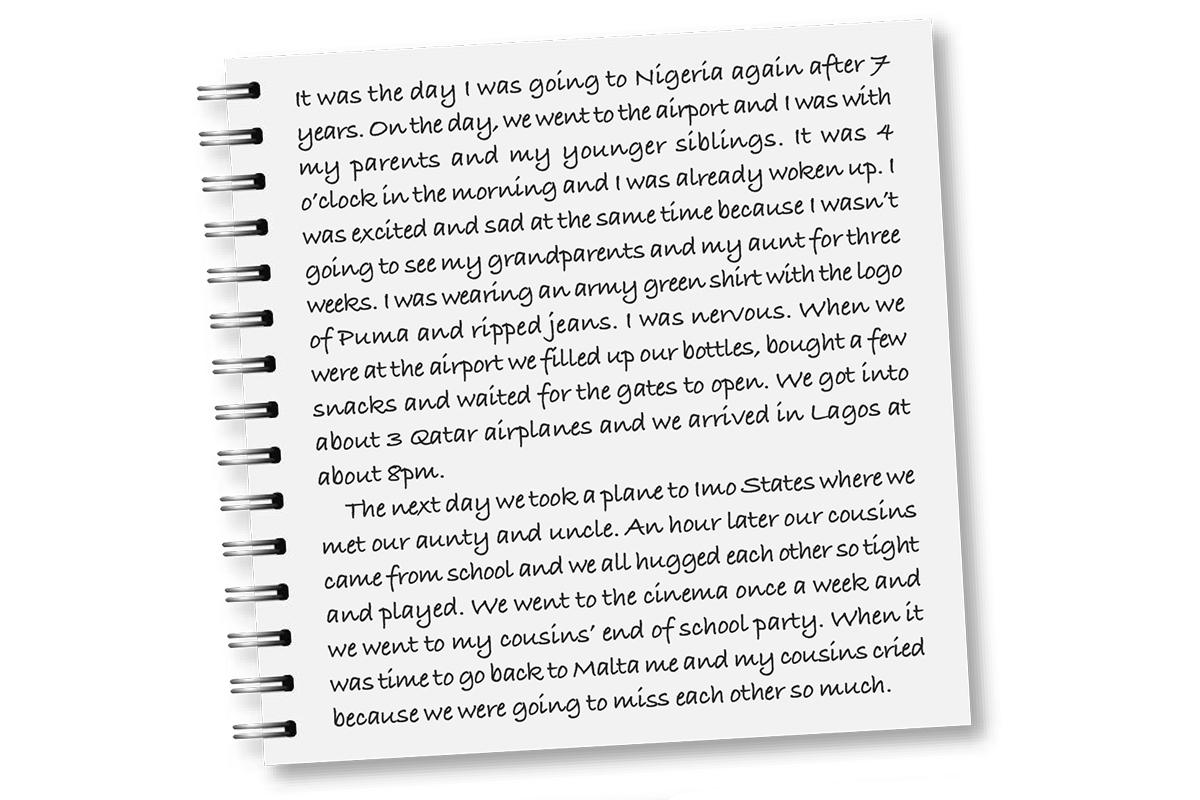 In the children’s own words. The contributions are unsigned to provide privacy. 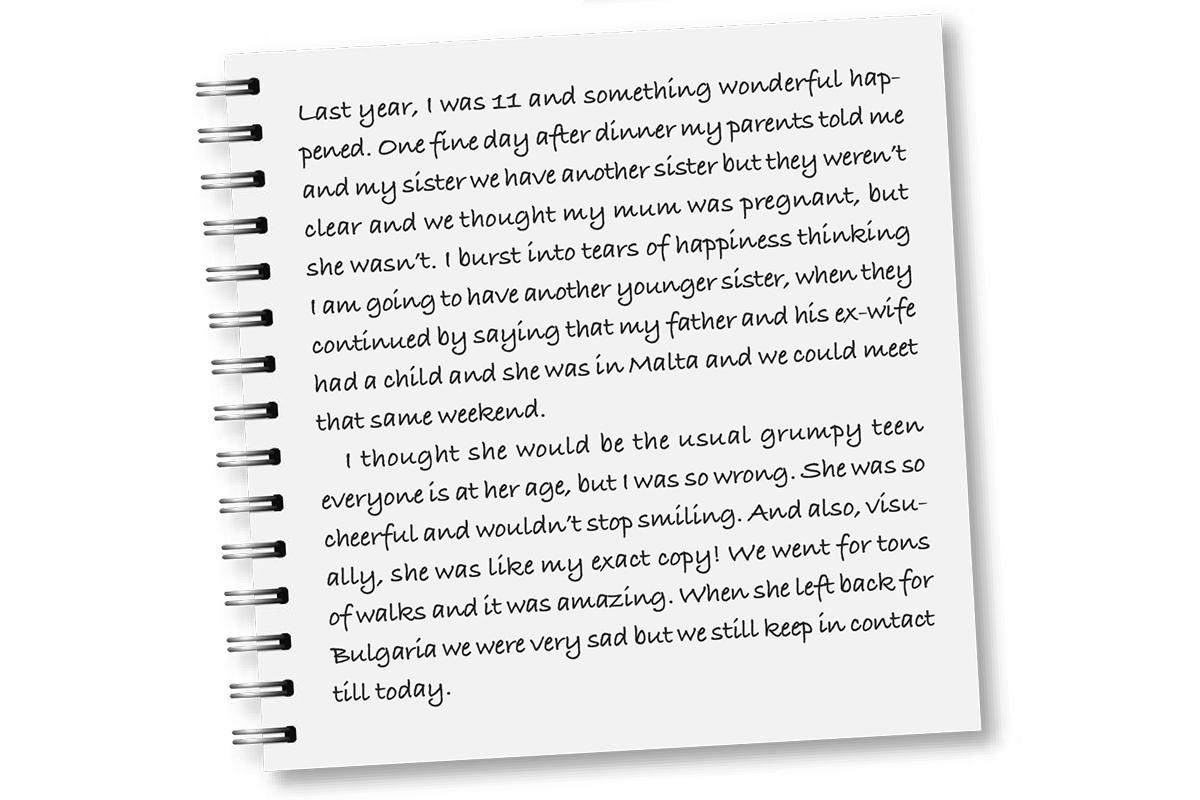 Just like a journey, storytelling is not about going from point A to B, but about what lies in between

The workshops were held in Skolasajf centres in Birżebbuġa and St Paul’s Bay, while a third workshop was held in Gozo in collaboration with Aġenzija Żgħażagħ.

Ngalle Charles also gave an interview during a programme produced by young people at the Cottonera Resource Centre and which will be broadcast online; this, too, was done in collaboration with Aġenzija Żgħażagħ.

The author is among 12 writers participating in this year’s edition of the Literature Festival. After nearly a decade seeking sanctuary as a refugee and a very brief encounter with Malta, he eventually settled in Wales, where he studied modern history and popular culture at the Cardiff Metropolitan University. As an accomplished writer, Ngalle Charles was selected as one of the ‘Hay 30’ – 30 young people who will shape the world over the next three decades. His books include several poetry anthologies, including Between a Mountain and a Sea (2003), and the Play Asylum (2016). Earlier this year, the first volume of his auto­biography, I, Eric Ngalle, was published by Parthian Books. 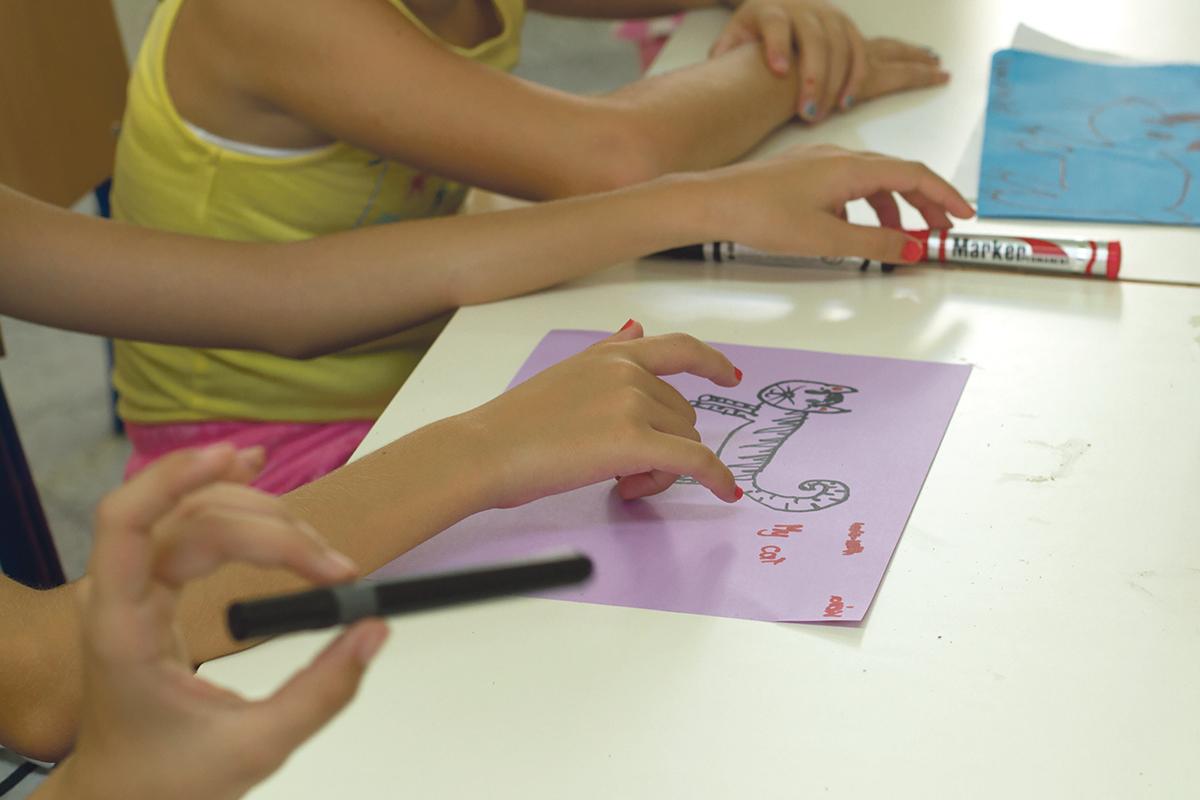 Hands on: Children particpate creatively and wholeheartedly in the workshops.

The 14th edition of the Malta Mediterranean Literature Festival organised by Inizjamed will be concluding with three nights at Fort St Elmo between today and Saturday at 8pm. The 12 writers from nine countries will be coming together to read their work and discuss some of the major issues of our time.

This year’s edition also features Maltese and foreign poetry films, Maltese musicians, a book stall, a book-binding stand by Kotba Calleja, drinks and a selection of food provided by Core Green Organic & Fair Trade. Entrance to all events is free.

During the readings on Friday, children are invited to attend a session of reading, storytelling and drawing offered by More or Less Theatre. 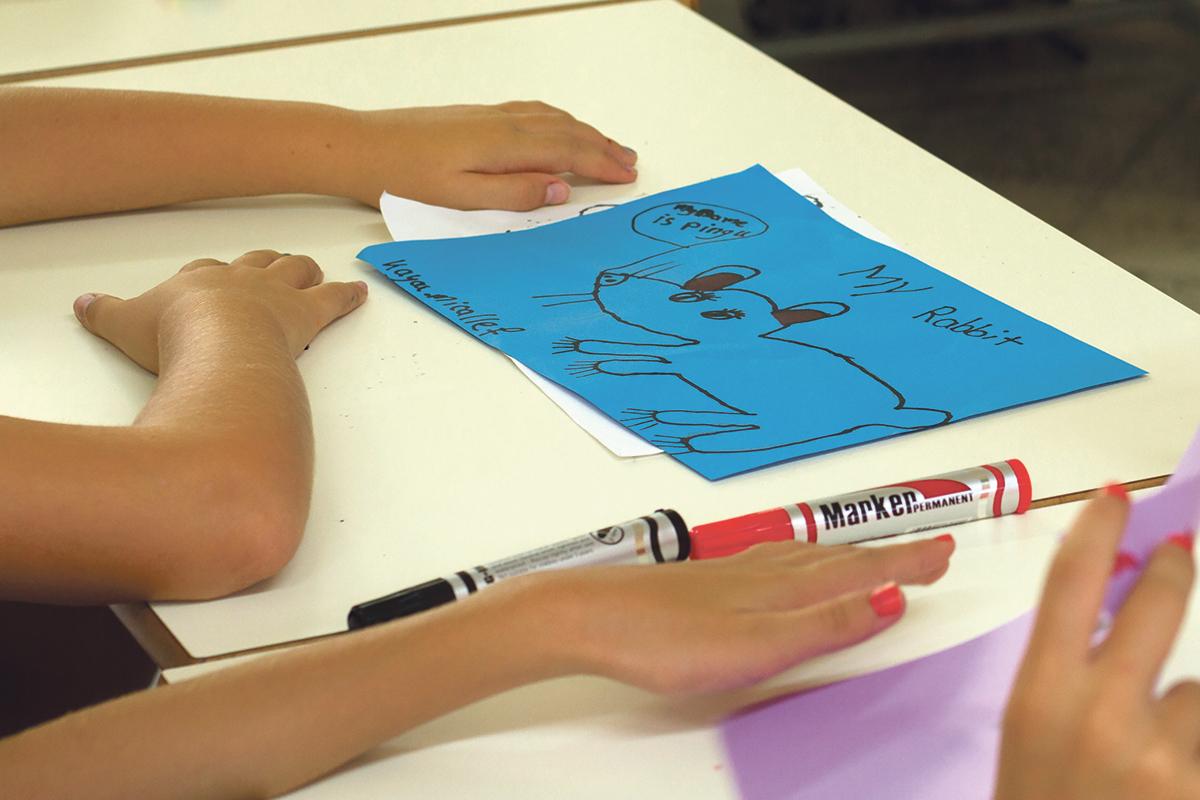 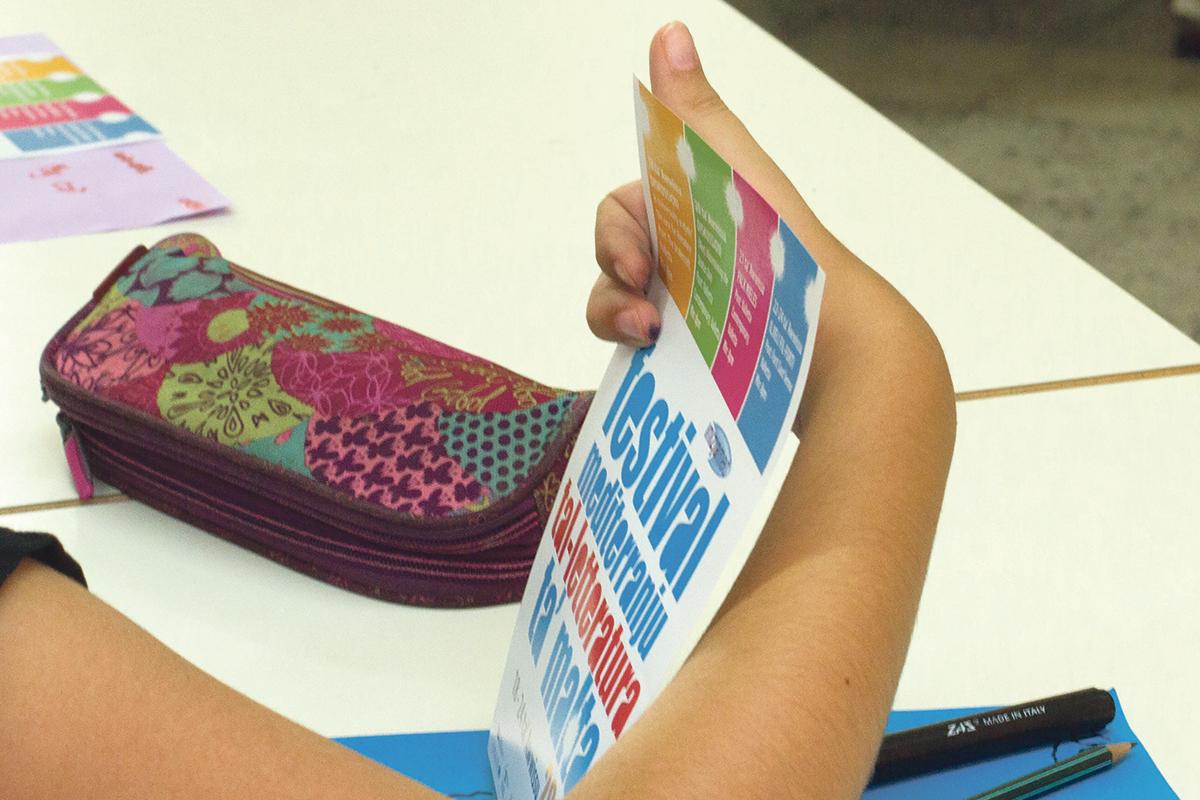