Civilisations dating to the Bronze Age have left their mark on a site in Qormi which is being excavated and could be turned into a retirement complex and sports facilities. 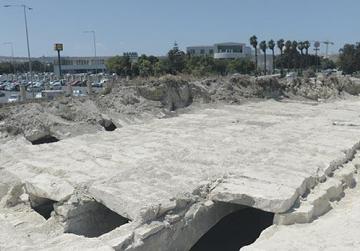 The site, in the area known as Tal-Istabal off the Marsa park-and-ride facility, has been undergoing an archaeological investigation since December, following Mepa’s approval of a planning control application.

Such an application is submitted to request changes to the local plan, street alignment and zoning, among others.

The proposal to change the use of the site to that of a retirement complex, sports facilities, and parking area was granted in 2013.

A spokesman for the planning authority said the application was approved with a number of conditions, one of which requires the Superintendence of Cultural Heritage to be consulted before the submission of a planning application and also during its processing. 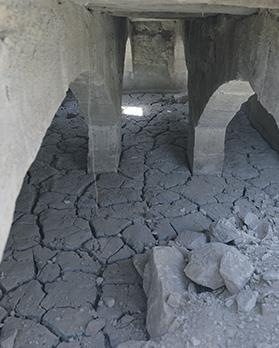 The view from inside.

The superintendence is therefore carrying out an archaeological assessment of the entire footprint of the proposed development, and the archaeological evaluation and analysis of the results is still underway.

Superintendent Anthony Pace told this newspaper that so far, the investigation had revealed that the area was heavily transformed in the later period of the Order of St John. “At the time, this area was extensively quarried and transformed into field terraces.

“This historic quarrying cut through and damaged a number of older archaeological remains.

“The remains include some Bronze Age cart ruts, as well as masonry remains and a rock-cut tomb from the Roman period,” Dr Pace said.

The superintendence is completing its assessment and will eventually recommend how to best protect the remains. 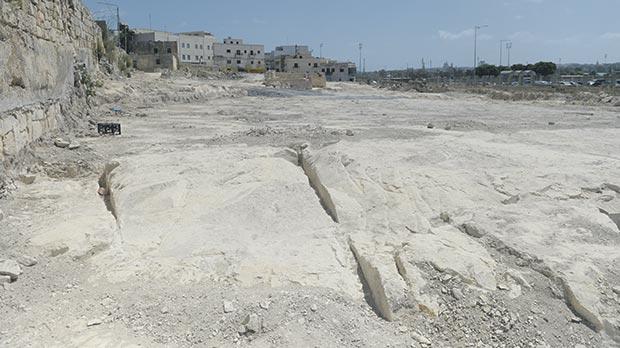 Quarry marks for a terrace building dating from the period of the Order of St John.