Bugatti has revealed a limited-run trim for its Chiron hypercar, inspired by the pre-war La Voiture Noire edition of the iconic Type 57 SC Atlantic.

The French firm released a design concept based on the car in March, and the reception from the public was so good that it has decided to make them available to the public – though only 20 will be built.

There are two versions available – Noire Sportive and Noire Elegance. The body panels are made from carbon-fibre, and for the Elegance, the material is left on display, while in the Sportive it is covered by a matte black paint.

Other feature on the Elegance include a redesigned radiator with a solid silver Bugatti emblem, new Caractere wheels and a silver aluminium-finish signature C line, while inside the C-shaped cabin line is made of aluminium with a silk-matte finish. 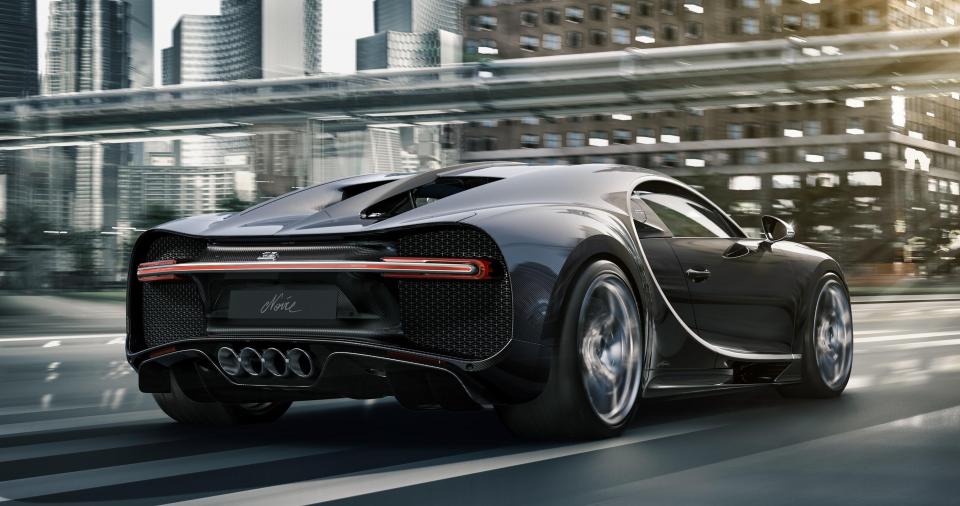 On top of its matte black body paint, the Sportive also gets black trim elements, such as the signature C line, wheels, front spoiler, titanium exhaust tips, and engine cover. Inside, the theme continues, with most of the switchgear also painted black.

Both models are powered by the standard Bugatti engine, which is an 8.0-litre 16-cylinder unit producing almost 1,500bhp and 1,600Nm of torque. Prices start at €3 million, and can be upgraded to use the more performance-focused Sport chassis for an extra €100,000.