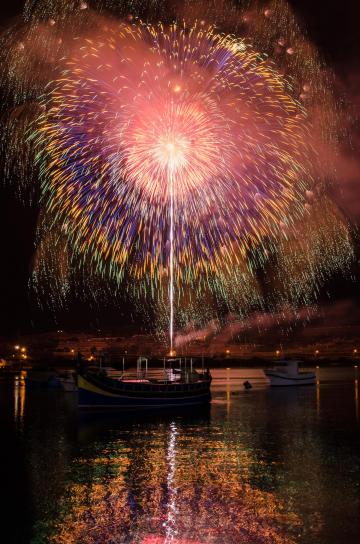 The International Fireworks Festival events in Bugibba due tomorrow have been postponed to Sunday because of high winds.

The festival, which is now in its 13th edition, is organised by the Tourism Ministry and the Malta Tourism Authority and is this year being held as part of the celebrations to commemorate Malta’s 10th anniversary of EU membership.

It includes the participation of a number of Maltese fireworks factories as well as companies from Austria, France, the United Kingdom and Italy.

The festival will be opened in  Marsaxlokk tonight and ends in Valletta's Grand Harbour on April 30.