It was time for a comprehensive register of contractors, architects told the government earlier this week. 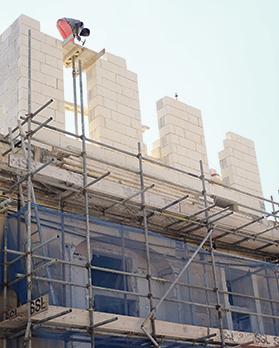 The chamber of architects say the current building regulations are ‘outdated and insufficient’.

The chamber of architects, known as Kamra tal-Periti, met with Planning Parliamentary Secretary Chris Agius on Thursday to discuss their vision for an overhaul of the current building regulations, which they warned are both “outdated and insufficient”.

Representatives of the Building Regulation Office (BRO) and the Building Industry Consultative Council (BICC), as well as consultants appointed by the government to oversee the establishment of a new authority which is intended to regulate the industry, were also present for the meeting.

In his presentation on the proposals, chamber vice-president André Pizzuto called for the “dire need” for a comprehensive register of contractors.

Mr Pizzuto told Times of Malta when contacted contractors should also be insured.

They would have to have a certain level of competence, and they would also need to be able to certify their own work.

“To be able to do that they will need to have a certain level of qualifications, training and standards. Ultimately this will promote safety and quality,” Mr Pizzuto said, adding that the chamber was also proposing that contractors would have adequate insurance.

The chamber was also proposing the consolidation of various regulators within this new authority, the importance of contemporary regulations which were not prescriptive but performance-based, and the promotion of a self-regulatory approach by the various professionals involved in the construction process.

Ultimately this will promote safety and quality

Meanwhile, Simone Vella Lenicker, president of the Kamra tal-Periti, said the proposals had approved by an extraordinary general meeting of the chamber held last November.

The chamber, she said, was available to participate in discussions regarding the formulation of new building regulations, as well as the technical expertise of its members to ensure the highest standards within the sector.

Last year the government announced that a new authority was to be set up to enforce construction rules, overhaul existing legislation and take over responsibilities currently under the remit of various entities and boards.

Former Lands Authority CEO Carlo Mifsud has been tasked with coordinating the setting up of the new regulator.