Malta Public Transport has launched an investigation after a fierce fire destroyed a route bus in Burmarrad this afternoon. 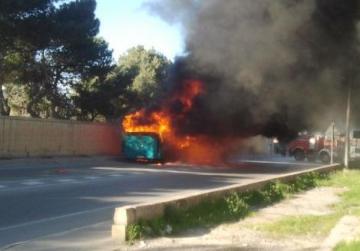 No one was injured in the 3 p.m. incident. The bus was not carrying any passengers at the time.

The flames spread quickly, peeling off paint with the heat, shattering windows and turning the seats into cinders.

A magisterial inquiry is under way.

Malta Transport said that when the driver noticed something had happened, he parked the bus on the side of the road in line with practised safety norms.

The bus was a refurbished Volvo Sarakakis, which was in use before the introduction of Arriva.

Other buses of this type have been taken off the road for inspections and preventive checks to be carried out overnight.

“It is very embarrassing for us to have to face a situation like this in the third week since we took over the service. At this stage we are doing everything necessary to understand exactly why this happened and what must be done to prevent similar incidents,” Malta Public Transport said.

“We strongly believe safety is critical to improving the credibility of our service and therefore it is our priority to address it.”

The incident coincidentally happened as new details emerged on the cause of a spate of fires on bendy buses in the summer. (See separate story).

A report by Transport Malta showed the fires were caused by diesel spillage over hot areas of the engine compartment, and cooling problems. Bendy buses selected at random had the same problems. The route buses have been off the roads since the end of August.

This morning passengers quickly disembarked from another bus after smoke was seen in Floriana. No one was injured and the bus was not damaged. The incident happened  near Sarria Church. 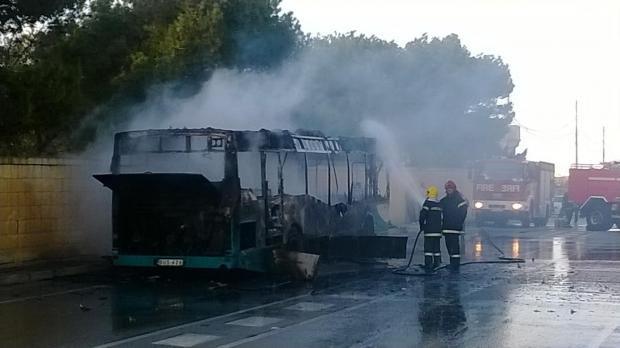 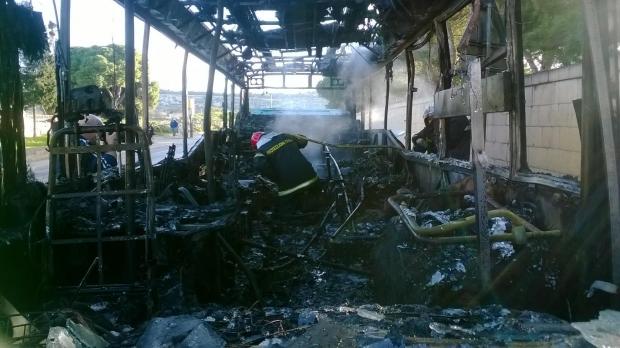