Revelations that $1.6 million was wired to a "target client" of Panama companies owned by Keith Schembri and Konrad Mizzi are a "clear example" of money laundering and corruption and must be investigated by the courts, Simon Busuttil and David Casa have said.

Dr Busuttil and Mr Casa filed a court application seeking to have Mr Schembri and Dr Mizzi subjected to a magisterial inquiry, following a report published by Times of Malta as part of the Daphne Project.

The two applicants said they were willing to testify under oath "even today" if an inquiry was opened into the revelations, saying they had "more detailed information" to pass on to the courts.

"Konrad Mizzi and Keith Schembri have been taking everyone for a ride and in the process they have sheltered behind the protection of Joseph Muscat," said Dr Busuttil.

“The police commissioner, the FIAU, the Attorney General have all done nothing and that is why once again we are here at court, hoping that maybe one day there will be justice in this country,” Dr Busuttil said.

Mr Casa said that evidence against Dr Mizzi and Mr Schembri was "overwhelming" and that their resignations would no longer suffice.

"They must be brought to justice," he said, adding that Prime Minister Joseph Muscat had yet to comment, three days after the revelations were made public.

“International journalists are all talking about Malta and the Prime Minister has not yet uttered a single word. He should be ashamed of himself,” the MEP said.

The companies, Mr Cini indicated, would generate around $2 million a year.

Mr Schembri reacted to the report by acknowledging that 17 Black had been a "potential client" and had been included in draft business plans for his group, but that that plan had never come to fruition and that no transactions were ever recorded with the company or with himself personally. 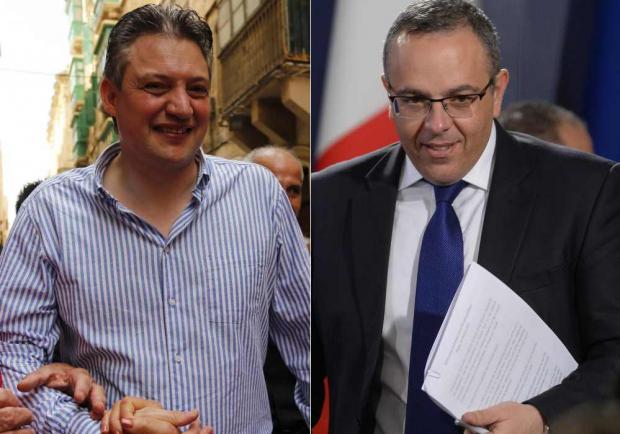 Dr Mizzi denied any involvement with the companies and insisted that he had set up his offshore structure for family planning purposes.

In a court application filed on Friday, Dr Busuttil and Mr Casa listed the various revelations and also made reference to another report published by Times of Malta, which quotes a leaked Financial Intelligence Analysis Unit report in which the FIAU wrote that Nexia BT "withheld" information from its investigators.

Nexia BT has denied the claim.

The court application was signed by lawyer Jason Azzopardi.

The Daphne Project is a collaboration between 18 news international organisations to continue the work of Ms Caruana Galizia. It is being coordinated by Forbidden Stories, a Paris-based group that continues the work of journalists silenced through murder or imprisonment.