The prime minister's chief of staff received kickbacks from the controversial cash-for-passports scheme, the opposition leader claimed this evening, saying he had documented evidence to prove it.

Simon Busuttil called for the immediate arrest of Keith Schembri and said he had requested a meeting with Magistrate Aaron Bugeja to present the evidence.

Mr Schembri immediately denied the claim and said he would sue Dr Busuttil.(See statement below)

Speaking at a news conference on Net TV, Dr Busuttil gave details of what he claimed was a big corruption case involving Mr Schembri and the prime minister’s financial consultant Brian Tonna.

“I expect Mr Schembri to be arrested tonight, interrogated and arraigned and charged with money laundering and corruption,” Dr Busutti said.

The new revelations come two days after thousands of people marched in Valletta demanding the prime minister's resignation, amid claims that his family was implicated in a secret Panama company.

“Today I can confirm that the prime minister’s chief of staff Keith Schembri has an account at Pilatus Bank. I can also confirm that in this account there are deposits stemming from bribery in the sale of Maltese citizenship.

“This means that even the sale of citizenship is caught in the web of corruption in Castille.”

He said people had come forward following an appeal to reveal the scandal, and insisted his source was not the same one as blogger Daphne Caruana Galizia's. 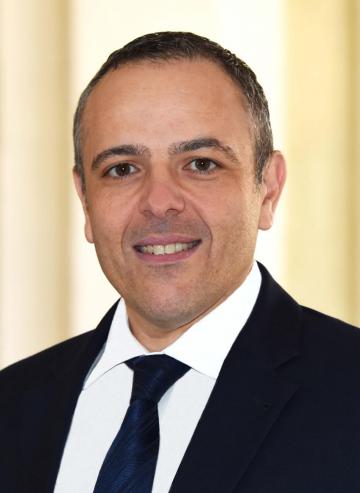 Shortly after Mr Tonna received the money, he made two payments to Mr Schembri's Pilatus account, of €50,000 each.

Both of them gave the "banal excuse", Dr Busuttil said, that Mr Tonna was repaying Mr Schembri for a loan of €100,000 from several years ago.

"They were taking commissions off our backs. These are accusations of money laundering. This is a scheme Prime Minister Joseph Muscat, had promoted personally," Dr Busuttil said.

"I have no words, this is the worst form of corruption, at the highest level... I can back every word I am saying.”

"It's not too good to be true, it's too bad to be true," he added. “It is clear that the prime minister was the salesman while Keith Schembri was taking the commissions."

He said he had no faith in the police and so would not be passing the information on to them.

The situation, Dr Busuttil said, had exceeded all limits of decency and had become dangerous.

“It is clear that in Castile there are criminals who are running the country. The country cannot continue like this.”

In a reaction, Keith Schembri outrightly rejected the claim that he had ever received any kickbacks from Mr Tonna or anyone else.

"Simon Busuttil has chosen once again to resort to blatant lies and attempt a frame-up, in his lust for power, repeating allegations made by Daphne Caruana Galizia on the 24th of May, 2016," Mr Schembri said.

He said he positively welcomed that Dr Busuttil would be going to the magistrate leading the inquiry so that even in this case, the truth will come out.

"Just as I will gladly face any questions put to me on the matter, so too will Simon Busuttil have to face legal consequences if the magistrate determines that his accusations have been false."

He said Mr Tonna had settled a 2012 loan transaction for which the evidence exists, well before Labour were voted into government and before the IIP scheme was conceived.

"Similar and larger facilities were given by myself and my companies to Allied Newspapers and the Nationalist Party's Media.link commercial arm. One might expect Simon Busuttil now to assume I have been paid kickbacks by them too.

He said it was a shame that he could only resort to libel to protect his name.

In a separate statement, the Labour Party said Dr Busuttil's allegations were ridiculous.

It said that Dr Busuttil had first cooked up that the Panamanian company Egrant was owned by the prime minister's wife but now said he could not present evidence since he was not the one who came out with that story.

The PL accused Dr Busuttil of being "the biggest political liar" in Malta's history.