Ministers have agreed to back a controversial deal that would hand the US jurisdictional powers in Malta.

The cabinet decided to back the deal with the US government this summer, senior government sources said, in the hope of securing Washington’s support to help avoid Malta being put on the international money laundering list.

Known as a Status of Forces Agreement (SOFA), the deal has been high on the US embassy’s wish list for years but always faced local resistance, primarily due to concerns about how it would impact Malta’s constitutional neutrality.

On Tuesday, Prime Minister Robert Abela would not confirm or deny any negotiations with the US but said that any agreement signed would respect constitutional requirements.

Later in the day, the Foreign Affairs Ministry said that "no such agreement exists, and Malta is no closer to signing an agreement with the United States of America or NATO than over the past years."

It insisted that there was "no relationship" between SOFA and Malta's assessment by the Financial Action Task Force, scheduled for next month.

A SOFA agreement establishes the rights and privileges of foreign personnel, including the military, in a host country. The US is also understood to be keen on the deal as it would facilitate anti-smuggling operations in waters around Malta.

Ministers discussed the SOFA deal at length in the last week of July and voted in favour of a ‘watered down’ version of it presented to ministers by Abela.

The SOFA deal proposes a form of “concurrent jurisdiction”, which would allow both Maltese and American courts to have jurisdiction over United States personnel and equipment in Malta.

Despite that compromise solution, not all ministers had spoken in favour of the deal during July’s meeting.

US Secretary of Defence Mark Esper will be in Malta on Wednesday to hold talks with the government on the matter.

Any SOFA deal will have to obtain a two-thirds majority in parliament before it can come into effect and Abela is understood to have already discussed the matter with opposition representatives and President George Vella.

Vella, who served as foreign minister before becoming head of state, has previously expressed reservations about such an agreement.

Times of Malta first reported that secret talks between Malta and US about a SOFA pact were being held back in April.

Sources say the deal is a form of quid pro quo for US support when Malta’s anti-money laundering enforcement is evaluated by an international body next year.

But in an interview with Times of Malta earlier this year, former US Chargé d’Affaires Mark Schapiro denied the existence of a quid pro quo, saying it was impossible for such a deal to take place.

“There are lots of members of the Financial Action Task Force, the US is one of them. We have a voice, it is a strong voice, but it is not the only voice,” he had said.

“So, that decision (on whether or not to grey list Malta) will be determined by many variables.”

Malta’s efforts to curtail financial crime were given an ‘F’ in a preliminary assessment by the Council of Europe’s MoneyVal experts. A final decision on that is expected later this year, but Malta’s fate will be decided by a higher global body, the Financial Action Task Force (FATF).

The FATF is already reviewing Malta’s case and if member countries are unconvinced, they could put the country on the ‘grey list’, which identifies those countries which are not doing enough to combat money laundering, terrorism financing and international organised crime.

The grey list is one stage away from the black list, applicable to countries the FATF feels should not be trusted and that pose a threat to the global financial system.

At the start of 2020, just two countries were on the black list: Iran and North Korea. The grey list, on the other hand, includes 18 jurisdictions, from Albania to the Bahamas.

In the past, the United States was successful in lobbying for leniency when it came to “friendly” jurisdictions. 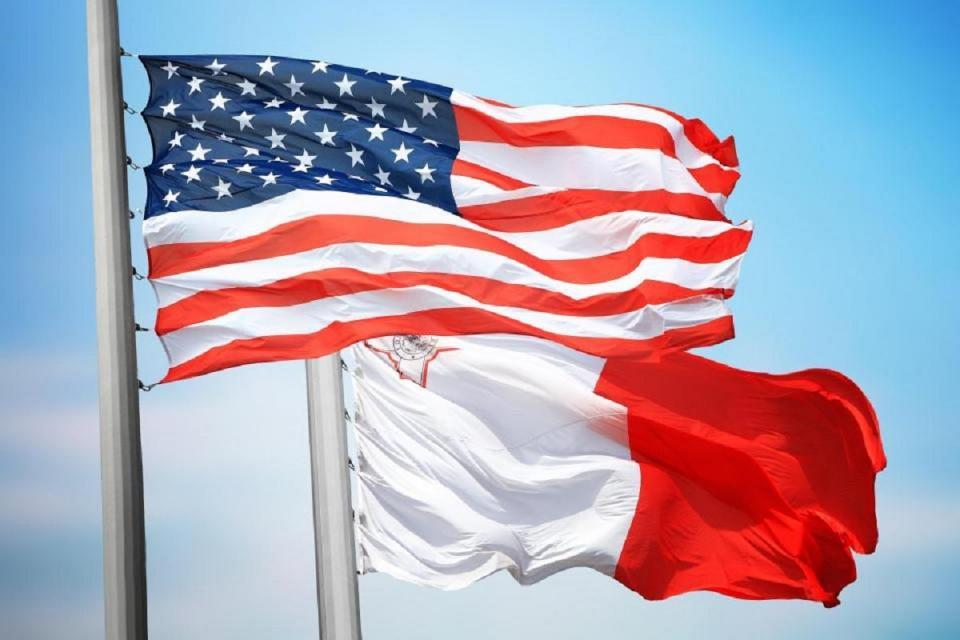 Sceptics in the government, however, told Times of Malta a SOFA agreement could end up impacting Malta’s geo-political neutrality enshrined in the constitution.

Malta’s supreme law, they pointed out, laid out how the country was militarily neutral, which allowed for a “friend to all” approach on international relations.

If Malta was to reach such an agreement it could be viewed by other countries as an ally of the US. This, the sceptics warn, would also have a monetary impact on the island.

“Malta does business with countries which are not aligned to the US – particularly China, Russia and the United Arab Emirates. Aligning ourselves with the US could jeopardise these relationships,” an insider privy to the negotiations said.

On the other hand, proponents of the deal argued that, in Malta’s case, it could actually have a positive economic impact on the island in the long run.

More importantly, Malta would strengthen its bonds with the US, which could help at the global negotiating table, they pointed out.

Attempts by the US to secure a SOFA pact with Malta have been ongoing for nearly two decades.

According to cables released by Wikileaks in 2011, this is not the first time that the country has shown it was open to entering into a SOFA pact.

Leaked diplomatic cables showed the Maltese government had indicated its willingness to reach some form of agreement. However, the previous Nationalist administration later denied that it had started negotiations on the matter.

Since then, successive attempts by the US to negotiate such a deal have appeared unsuccessful.

What is a Status of Forces Agreement?

First off the US is not the only country to have such agreements, but it does have the most.

According to the US State Department, there is no official list of these agreements, but it is estimated that America is party to more than 100 pacts addressing the status of their forces in foreign countries.

SOFAs establish exceptions to the generally accepted rule of international law that any person present in a country is subject to that country’s laws.

They provide protections that serve a number of important US interests.

Depending on their particular terms, they may, among other matters, protect against US personnel being subject to host country criminal or civil justice systems.

This is seen as particularly important because US willingness to deploy forces overseas – and public support for such deployments – could suffer significant setbacks otherwise.

In principle, it is US policy not to send military personnel to a foreign country without satisfactory status protections.