The Cabinet held its first meeting at the Auberge de Castille yesterday, around a Cabinet table that was not quite large enough, as the picture below shows. 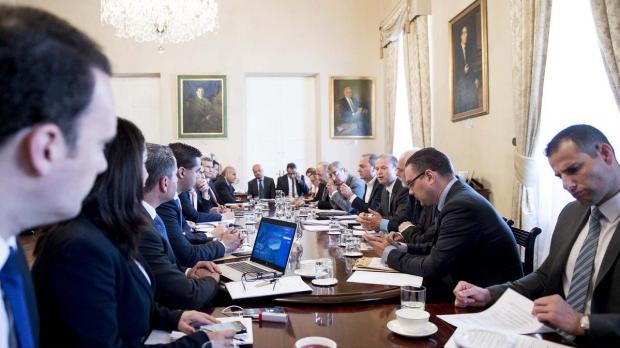