A crowd gathered outside police headquarters in Floriana on Tuesday evening, calling on the police to arrest and interrogate the prime minister's former chief of staff Keith Schembri as part of the Daphne Caruana Galizia murder investigation.

A large yellow banner was rolled out in front of the closed main gate of the headquarters calling on the commissioner to arrest Mr Schembri.

A large format printout of a letter written by the alleged middleman in the murder plot, Melvin Theuma was then attached to the gate. In it, Mr Theuma named Mr Schembri along with businessman Yorgen Fenech as being involved in the plot.

The letter was revealed by Times of Malta on Tuesday.

A few hundred protesters blocked the street opposite the headquarters, holding Maltese and EU flags and occasionally shouting out 'mafia'. They also threw fake €5,000 notes and yelled "interrogate Joseph Muscat", "arrest Keith Schembri", while a group of police officers guarded the gate. 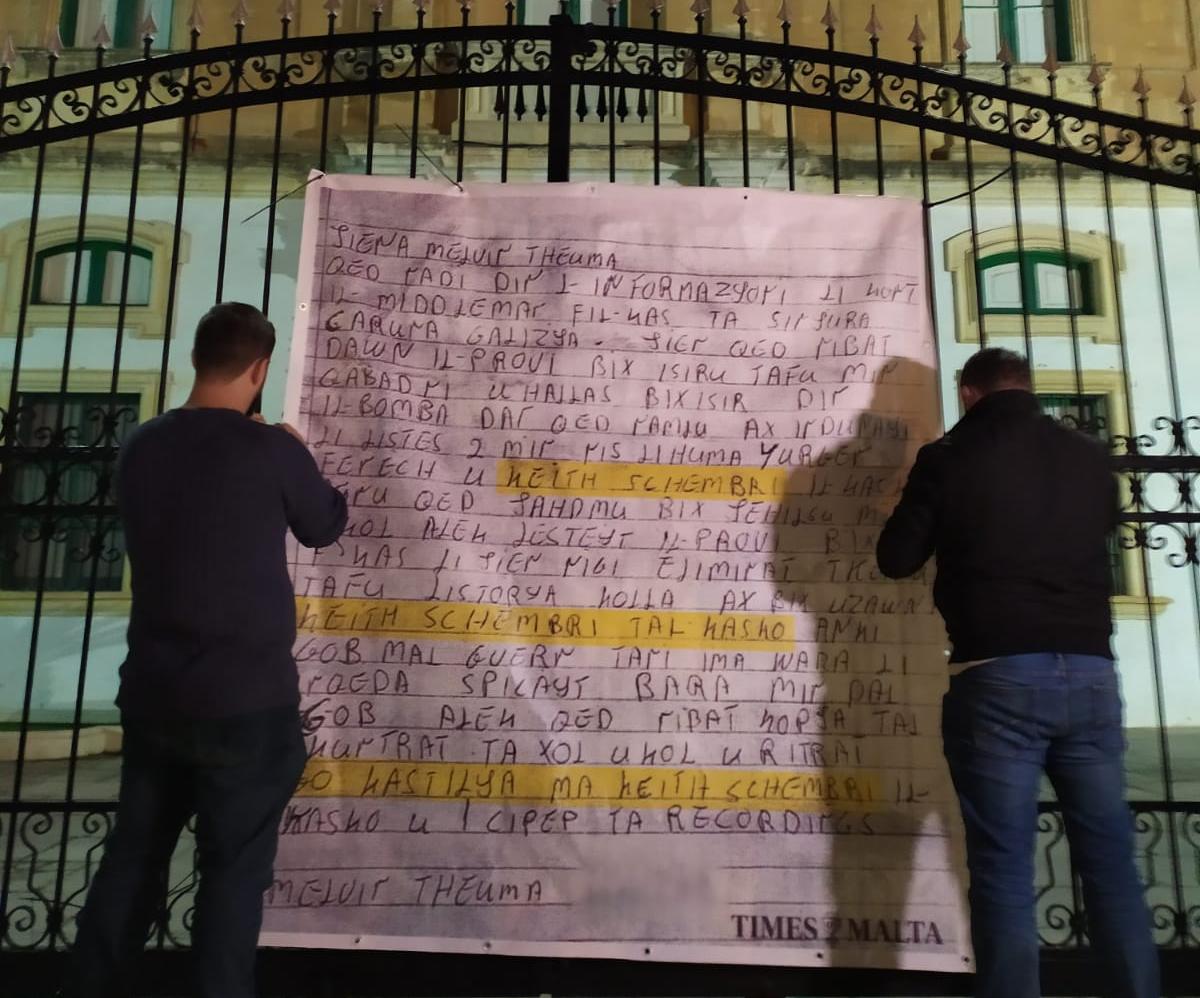 Mr Fenech was arraigned on Saturday and charged with being an accomplice in the murder.

Mr Schembri was arrested a week ago and questioned by police for two days before being released without charge. He resigned on Tuesday.

The protest has been organised by civil society groups Repubblika and Occupy Justice, who have also been holding protests in Valletta since Mr Fenech was arrested on November 20. They have been calling for the prime minister to step down for having 'protected' Mr Schembri and Mr Mizzi. 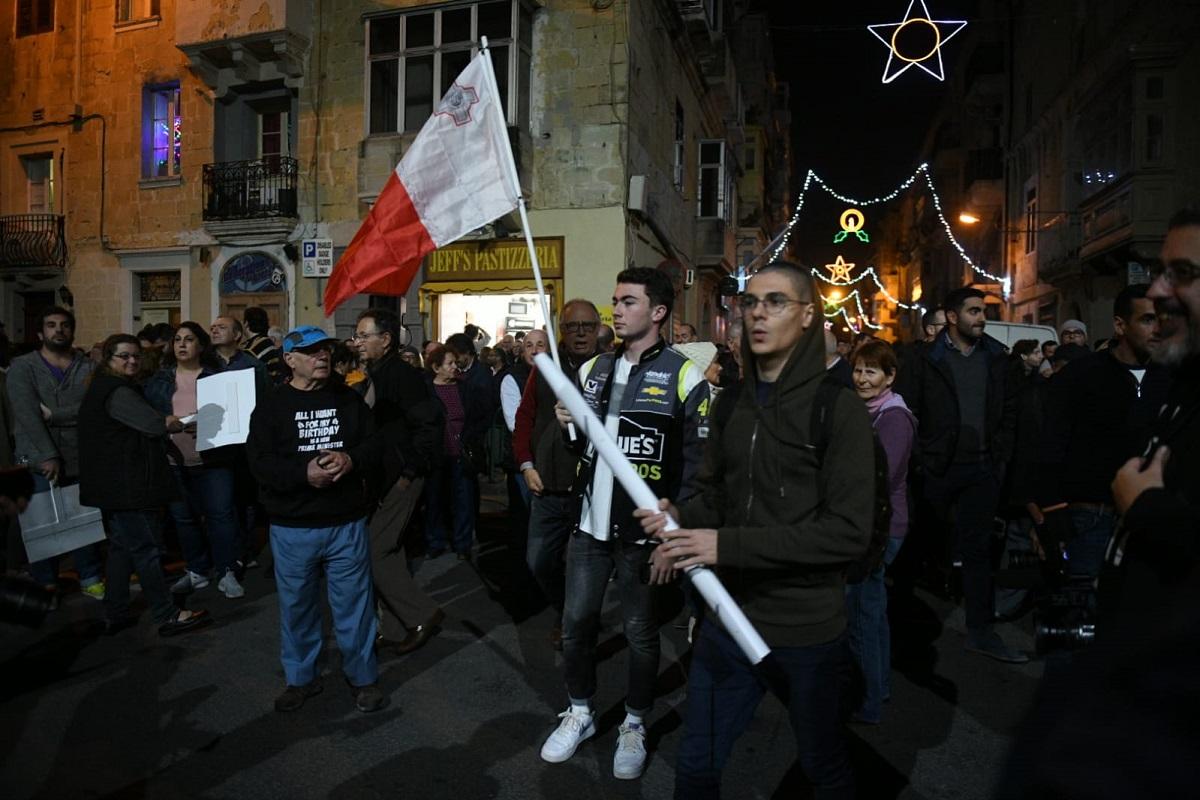 In an address, Vicki Ann Cremona speaking for Repubblika called for the police commissioner to do his job and not to allow the prime minister to interfere.

Keith Schembri was not just free, but relaxed at home receiving messages from the prime minister through Neville Gafa who in the light of his involvement in the medical visas scandal "belongs firstly in jail and secondly in hell," she said.

Blogger Manuel Delia said that what was deeply troubling was how the only press statement released by the police commissioner has to do with the release of Keith Schembri.

While he could not say whether Mr Schembri was guilty or not, the handwritten letter by middleman Melvin Theuma has implicated him at least as a person of interest.

Furthermore, Dr Muscat was heavily implicated in a cover-up, which was absolutely intolerable and further underlined the impunity that began six years ago when the prime minister began protecting Keith Schembri and Konrad Mizzi.

"This impunity allowed for the murder of Daphne Caruana Galizia."