It is an undeniable fact that most people annually visit London for no other reason than to re-stock their wardrobes. Although personally my priorities are somewhat different, I must say that in my case, too, a trip to London generally always manages to entice me to dedicate at least half a day to shopping. Although, perhaps, not in such a conventional way. While most mainstream shoppers turn their eager faces towards Oxford Street, my two feet always tend to lead me towards what is known as the capital of alternative fashion, that is, Camden Town.

Situated in northwest London, Camden Town is an inner city district famous for its alternative style and eccentric markets. In fact, here one can find anything ranging from burlesque costumes to gothic apparel, from punk clothing to cyber accessories, from vintage furniture to hippy and ethnic piercings. 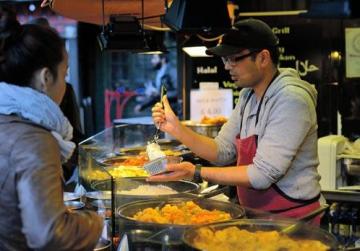 It is quite easy to visit Camden Town – just take the London Underground’s Northern Line (that is, the black-coloured one as shown on tube-maps). Camden is to be found between the two stops named Camden Town and Chalk Farm. Although either stop is fine, I would personally suggest stopping at Camden Town tube station, since this will leave you exactly on Camden High Street. Choked full with gothic dresses, rockabilly jewelry and tattoo parlours, this main street offers not only a great first impression to the curious shopper, but more importantly, it plays an important part in what I like to call ‘the bargaining game’. This is because while fixed prices are certainly set for each item found within the impressive shops lining the main street, the vendors found manning the stalls in the other markets within Camden Town not only accept but almost invite bargaining. When one is aware of the actual fixed price and value of an item, one has at least an idea of the starting point for one’s haggling.

As I already mentioned, there are a number of different markets within Camden Town itself. Let us paint a mental map and imagine it all. We leave Camden Town tube station and start strolling down the main road. The shops lined on both sides of the street are themselves a sight to behold, because most of them sport sculptured representations of their own products on the buildings themselves.

Suddenly, an opening on the right-hand side of the street presents us with a crazy medley of stalls and perky vendors, much like the Valletta monti. The title Camden Market is written over it all, even though this busy motley was originally known as the Buck Street Market. Here you can browse and haggle to your heart’s content, but beware – these sellers are a wily lot! 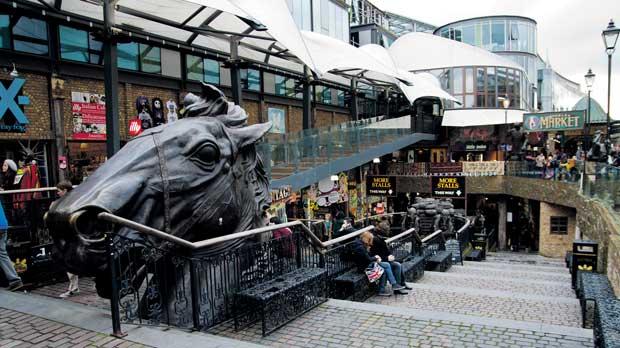 The last time I was in Camden, no less than three different vendors, one after the other, tried to entrap me in deals I did not want, by telling me that since I was their ‘first customer of the day’ they would give me ‘a special treatment’. Strange thing to say, since I was there at two in the afternoon!

You can browse and haggle to your heart’s content, but beware - these sellers are a wily lot!

Another guy started flattering me, saying that I had the perfect figure for the coat I was trying on, only to turn around and say exactly the same thing to the overweight old lady behind me! Tricks of the trade which one should be on the look-out for, though to be honest, they serve as fodder for a good laugh as well.

On the other side of the Camden Town market stalls is a tiny market which mostly sells vegetables and local produce, as well as T-shirts, handbags and shoes. This is known as the Inverness Street Market, and has been colouring Camden Town since the beginning of the 1900s.

Moving on, we come to the most idyllic and picturesque part of Camden Town, that is, Camden Lock Market. Situated by the Regent’s Canal, the Lock Market, also known as the crafts market, offers a number of semi-permanent stalls selling musical instruments, wooden toys, flower soaps, ethnic décor, artwork, semi-precious stones, Celtic designs, leather creations and other curios.

For the musically-inclined, this market also offers a huge number of rock memorabilia. 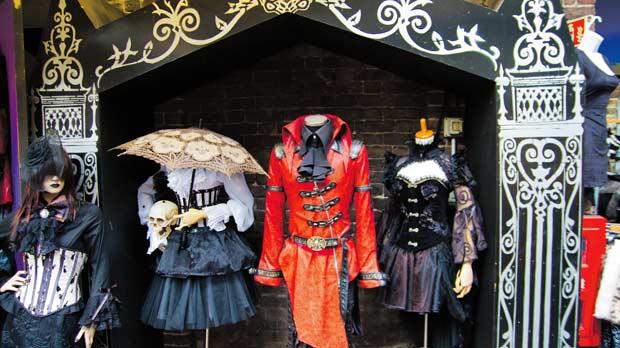 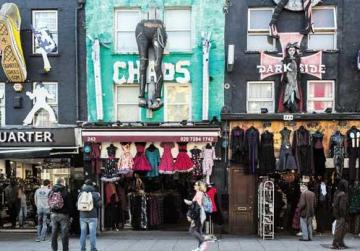 At this point in my shopping spree, after having bought all I can reach and with more to come, I’m usually famished. The main yard in the middle of Camden Lock Market offers a wide variety of take-away food, often ‘alternative’ in and of itself. It was here that I first tasted crocodile meat, as well as zebra kebabs. Indian and Moroccan food abounds, as do fish paella, American burgers and German sausages. My favourite, however, will always be the food for which London is most renowned – the traditional fish and chips.

With our appetite assuaged, we continue our visit by crossing over from Camden Lock Market to what is known as the Camden Lock Village. Situated on the other side of the lock itself, the village is full of stalls presenting not just hand-made decorations and clothes, but also still more alternative fashions and footwear, as well as casual wear and more.

Finally, when one continues going down the street, one arrives at Stables Market, which is the first market one encounters if one stops at Chalk Farm tube station. This market, so named because it is a former horse hospital, focuses on alternative fashion and clothes. The huge number of shops, more than 700 in fact, specialise in exceptional styles and particular stores. These range from Sai Sai, a shop perfect for those who want to explore the Gothic Lolita lifestyle, to Cyberdog, which like a club provides shows given by dancers, coloured laser lights and loud music, while selling cyber clothing and accessories upstairs, and adult toys and lingerie downstairs. 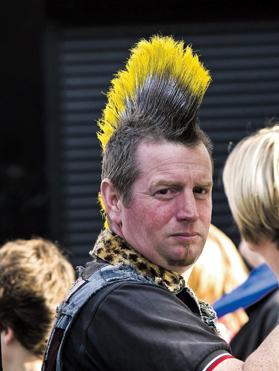 Camden Town is a must-visit when one is in London, and not just for alternative- fashion lovers. Watching the myriad of different people going about their everyday lives, basking in such an atmosphere, is a great experience in and of itself.

Camden Town also has an important part to play in the Britpop and rock movements, since many musicians and bands have lived or played there at some point. The night-life in Camden is in fact another highlight. Clubs like Underworld and the Electric Ballroom (which also serves as an indoor market during the day) host a number of monthly gigs and concerts. But remember not to get completely carried away, because the last tube leaves Camden Station at around 1am!

All these markets in such a small part of London, and all of them open seven days a week. To be sure, there are more stalls during the weekend, but believe me, even shopping on a weekday will ensure a full day of bauble-buying and bargain-hunting. Definitely a must-visit for every fashion-minded adventurer!