The southern Italian city of Naples was braced Friday for further coronavirus restrictions as hospitals risked becoming overwhelmed by new cases, with medics forced to treat patients in their cars.

Health Minister Roberto Speranza on Friday night signed a new ordinance designating Campania, the region around Naples, as a virus "red zone", with the extra health rules that brings. The central region of Tuscany, including its capital Florence, was also declared a 'red zone'.

Outside the Cotugno hospital in Naples, medics brought out oxygen tanks to treat people parked in their cars outside the crowded emergency room, while others in full protective gear awaited ambulances bringing in new COVID patients.

"Unfortunately, the disease requires long hospitalisations and that's why there is a low turnover. The emergency room... gets full of people who need to be hospitalised but also of people who could be assisted locally in their homes."

He said he was "proud" to see nurses running outside "to take care of patients with oxygen tanks".

But such scenes have sparked fear among many in Campania, which was spared the worst of the coronavirus outbreak that ravaged northern Italy earlier this year.

A video showing a dead man on the bathroom floor of the emergency room in Naples' Cardarelli hospital went viral this week, despite uncertainty over how exactly he died.

"That video unmasked the many lies that are told and repeated about healthcare in Campania. We are afraid. We are asking for help," said Don Maurizio Patriciello, a priest and long-standing health campaigner in the region. 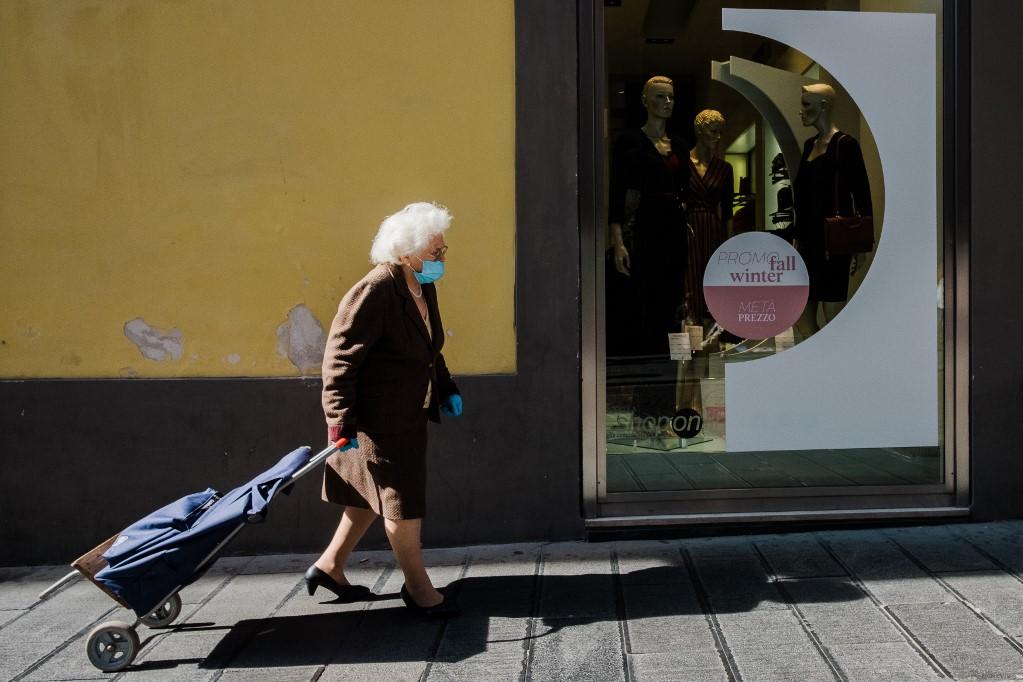 "We are told not to clog up hospitals, to stay at home when the first symptoms of contagion appear. We obeyed, we got sick, we phoned for the swab (virus test), but it was hours, days, before we had the slightest response."

Italy imposed an economically crippling national lockdown earlier this year that brought the outbreak under control, but has been seeking an alternative approach to the recent surge in cases - with little apparent success so far.

Infections passed the one-million mark this week while cases rose by over 40,000 on Friday. In recent days the daily death toll has topped 600 to reach more than 43,000 since the crisis began - and the burden threatens to overwhelm health services.

Campania is particularly at risk. In a 2018 study published earlier this year, it came second only to Calabria in having Italy's worst quality of care.

Prime Minister Giuseppe Conte's government has mooted sending in the army to help, including to set up field hospitals, while it is also encouraging the use of hotel rooms for recuperating patients.

Last week it introduced a nationwide night curfew and a system of regional restrictions with the toughest measures in areas of highest risk.

Campania was originally assessed as only "yellow" medium risk, but the data was later questioned and the government sent in its own inspectors on Thursday.

In Italy's red-zone regions, mostly centred in the north, bars, restaurants and most shops are shut, and residents' movements restricted.

The health ministry's coronavirus consultant, Walter Ricciardi, said Thursday he would have made Naples a red zone three weeks ago, warning of "war scenes" in hospitals.

Many health experts say tougher restrictions across the whole of Italy are now urgently needed.

"We call for an immediate lockdown of the whole country," said Filippo Anelli, head of the national surgeons' federation.