With the curtains drawn on the public consultation of a new White Paper and new laws due to be proposed in parliament this week, radically different cannabis legislation is on the horizon for Maltese citizens.

The law is proposing the effective decriminalisation of cannabis with a clear pathway to users being able to legally purchase buds and seeds for personal use.

Possession of up to seven grams for personal use would be completely legal and individuals may grow up to four cannabis plants at home for personal use. Simple possession will no longer be an arrestable offence and those caught with up to 28 grams will be subject to a fine before a tribunal.

Consumption of cannabis will be forbidden in public areas and those with criminal convictions for simple possession will have their record wiped clean.

How cannabis is regulated in other countries

Perhaps the most well-known cannabis policy is in The Netherlands, with tourists regularly descending on the so-called coffee shops of Amsterdam.

The production of cannabis is illegal in the country and possession is still a criminal offence. However, keeping five grams for personal use is permissible under the principle of toleration.

Coffee shops have been selling cannabis products since 1976 and, provided they do not sell to minors or serve alcohol or other drugs, the practice is allowed. Advertising of the products is not allowed, and cannabis can only be sold in up to five gram increments. 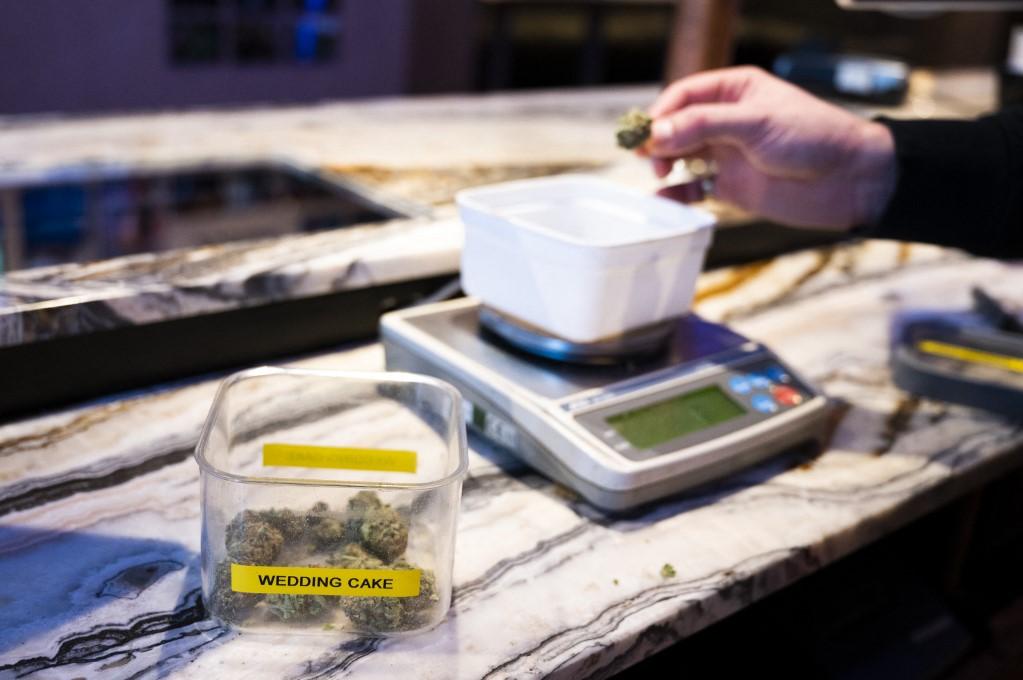 A shop assistant in the Netherlands weighs cannabis for sale. Photo: AFP

Similarly, in Spain, it is illegal to sell cannabis, but possession and cultivation for personal use is legal as long as it is out of the view of the public.

This has given rise to so-called cannabis clubs, which cultivate the drug and offer members a place to smoke in exchange for a membership fee.

What allows these clubs to operate unofficially as legal places of consumption is that they must be strictly non-profit as a private space that is cultivating and sharing cannabis with its members. Selling or consuming cannabis outside of these structures is illegal and subject to jail time and harsh penalties.

Cannabis is decriminalised in Portugal as part of the decriminalisation of all drugs in the country in 2001.

Up to 25 grams of plant material or five grams of hashish (compressed cannabis plant) are permissible for personal use.

Repeat offenders are subject to administrative fines and mandated treatment.

In Canada, it is legal to cultivate, possess and consume cannabis, with individuals being permitted to have up to 30 grams in their possession at any given time.

Cannabis producers are licensed through the Canadian government and products can be sold by order, online or conventionally at brick and mortar dispensaries. While cannabis use is legal at a federal level, provinces are free to determine the legal age for cannabis consumption, the method of dispensation and whether cannabis use is legal in homes where children also reside. 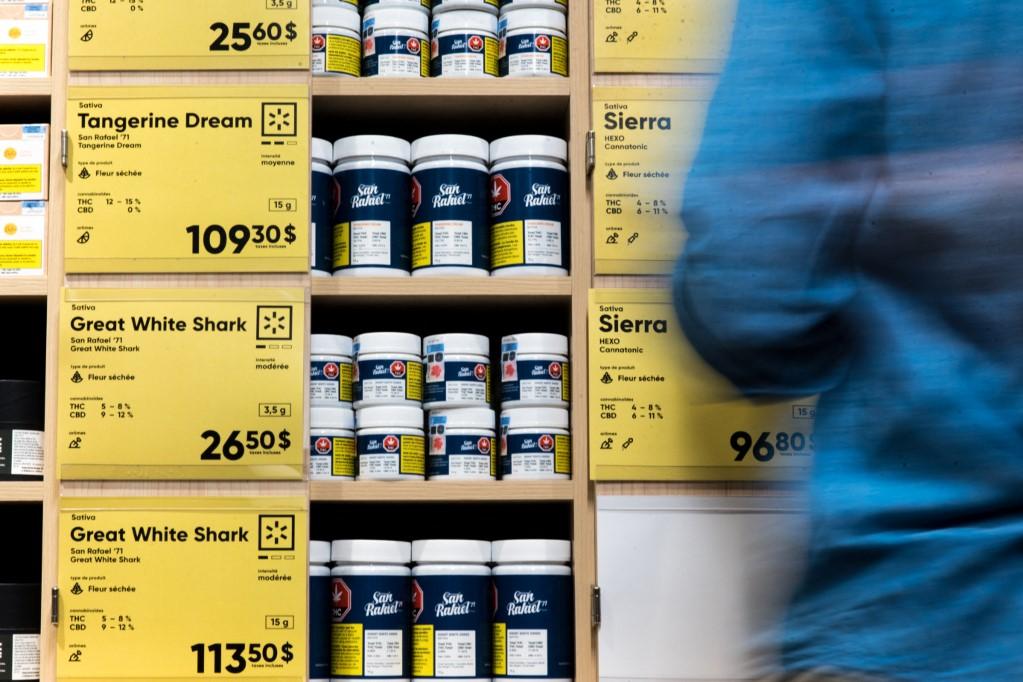 Cannabis products on display in a store in Montreal, Canada. Photo: AFP

An excise tax is levied on all cannabis products which is shared among provinces.

Ontario’s share from the federal excise tax was $48 million in 2020, and is predicted to reach $140 million in 2021, according to its first quarter financial report.

Uruguay was the first country to legalise cannabis and operates a state-run dispensary system.

Cannabis is grown by licensed manufacturers which are contracted to do so by the country's government and users, who must be citizens and aged over 18, are allowed to purchase up to a maximum of 40 grams per month.

Users can also join special cannabis clubs, much like those in Spain, or grow up to six cannabis plants at home provided they have registered with the government as a cannabis grower. 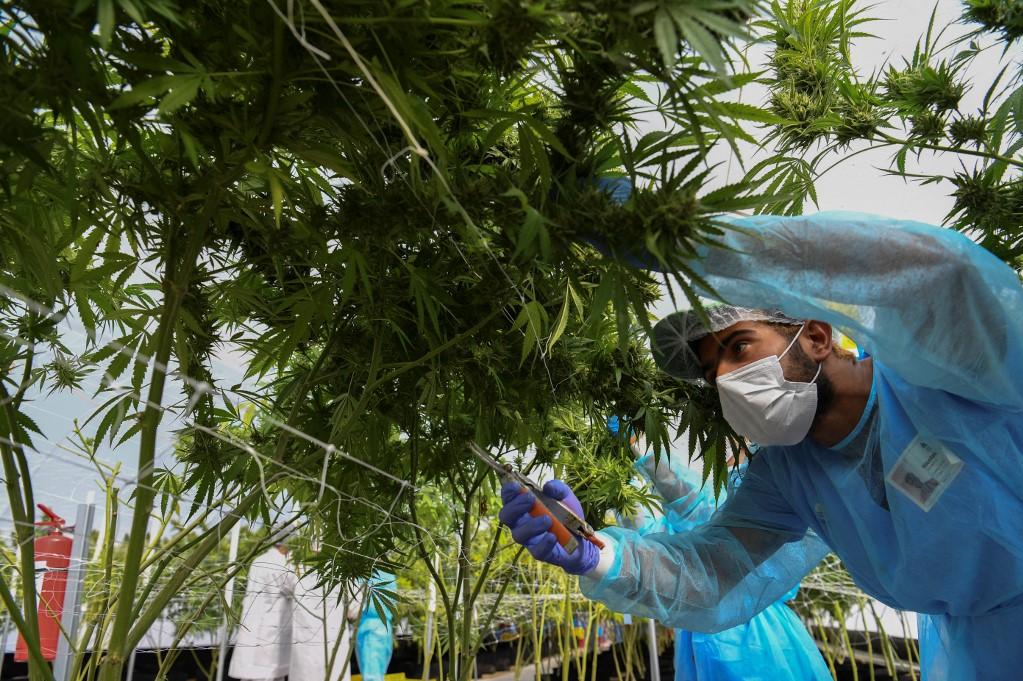 A worker harvest cannabis at a manufacturer in Montevideo, Uruguay. Photo: AFP

While broadly many organisations agree with the principle of decriminalisation, there is some disagreement over the details of the government’s proposed White Paper and where the limits of what constitutes personal use should be drawn.

Two Church bodies and the majority of MCESD social partners want a debate on cannabis legislation to take place after a general election, with calls for more in-depth research to be carried out on the matter.

Their objections range from concerns about cannabis causing addiction and leading to the consumption of more dangerous substances, to criticism about the proposals from professionals in the substance abuse sector.

The Malta Employers Association is also calling for employers to have the right to impose zero-tolerance policies, even if consumption takes place after working hours and for clear occupational health and safety guidelines to be drawn up.

Medical lobbies have also warned of the potential risks of increased cannabis consumption.

Meanwhile, cannabis reform NGO Releaf have said that decriminalisation will lead to a more “humane” society in recognising that drug prohibition had failed to reduce abuse while helping criminal organisations involved in drug cultivation, transportation and smuggling to flourish.

Releaf said that the law should specify what police procedure should be and define what constitutes a “reasonable suspicion” that gives authorities the right to search a person.