A trailer normally used to carry cargo from Sicily came to a stop on its side after an accident on a slip-road near Triq Dicembru 13 in Marsa on Monday afternoon.

The circumstances of the accident were not immediately clear but the trailer and the driver's cabin ended up resting on a crash barrier at about 1.30pm. Part of a low boundary wall along the slip-road was demolished.

The police said they had no information that anyone had been injured, although an ambulance was sent on-site.

Parliamentary Secretary Deo Debattista later thanked an emergency crew from the Public Cleansing Department for quickly acting to clear an oil spill from the trailer. 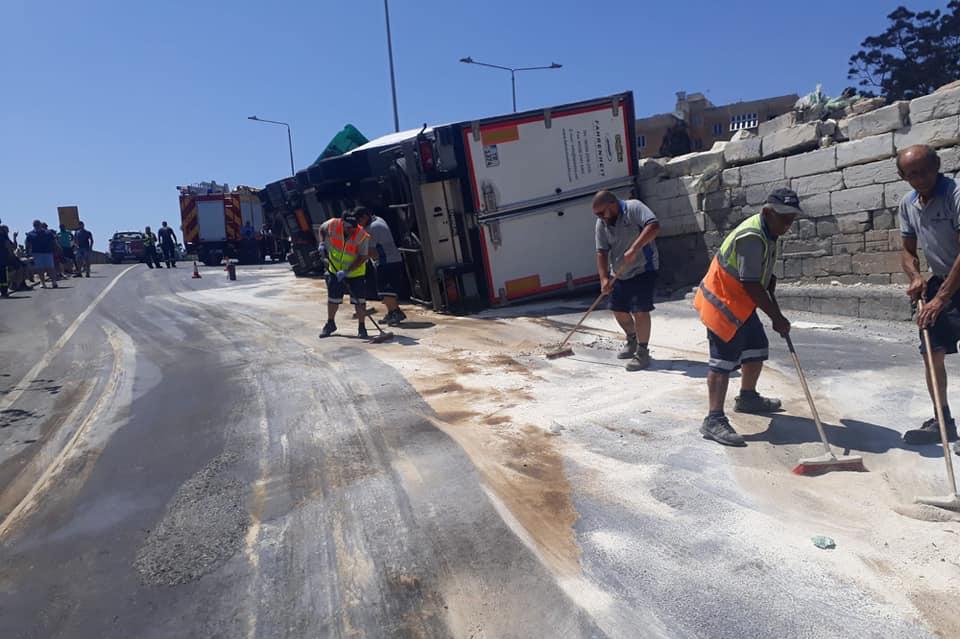