A decision to remove a number of billboards on Friday night, including ones calling for justice in the Daphne Caruana Galizia case, has been described as tantamount to a regime using its power to trample on basic freedoms of those who criticise it.

The government may have had every reason at law to enforce the removal of billboards but it has neglected those reasons every day before Friday night, Occupy Justice said in a statement.

It decided to carry out the action because of the 'Ebbing, Missouri' style protest billboards went up that same morning. 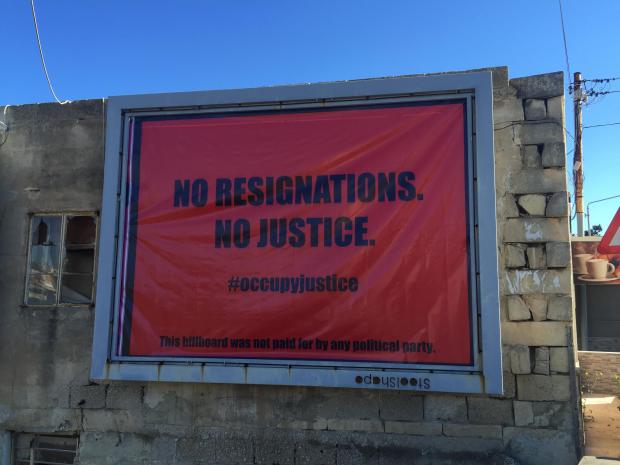 One of the billboards erected at St Andrew's.

The banners echo the Oscar-nominated film Three Billboards Outside Ebbing, Missouri, in which an anguished mother seeks justice for her murdered daughter.

Occupy Justice said the authorities chose a Friday night to carry out its enforcement, causing traffic chaos and inconvenience, "to combine its vile act of suppression with our gathering in Valletta at the Daphne Caruana Galizia memorial".

The pressure group said the climate of fear that has gripped the nation is justified by the discriminate application of the law to serve the interests of the powerful.

They use the letter of the law to break its spirit. #DaphneCaruanaGalizia #Malta https://t.co/NOjE6VSMAI