Blogger Daphne Caruana Galizia has been questioned by the police for two hours for breaching the political silence on the ‘Day of Reflection’ before polling day tomorrow.

Police called at her home at 9.30pm and asked her to go to the Criminal Investigation Department but she refused saying she had very bad memories of the CID. A compromise was reached and she was asked to go to the Mosta police station.

In comments to the press after she was released from the police station, Ms Caruana Galizia said she had been arrested over an article uploaded to her site at 7 p.m.

Within two-and-a-half hours of posting the article, the police were at her gate with a warrant for her arrest issued by a magistrate, she said.

The 'reflection day' law was appalling, she said, since it sought to control what people said and wrote.

She said she had also protested to police that others who had placed adverts and posted comments on the internet had not been arrested.

The police told her she could file a complaint, but she said she would not do so because she believed the law was wrong. 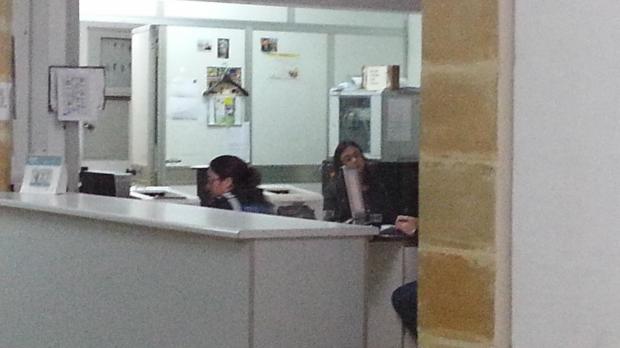 12.25am: Ms Caruana Galizia giving a statement to the police at the Mosta station. Photo: Matthew Xuereb 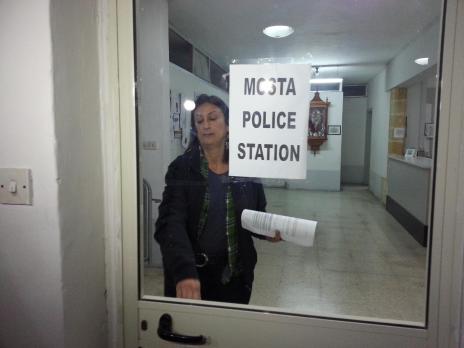