Phyllis Muscat filed the suit after Ms Caruana Galizia published a blog post in which she alleged that the task force Ms Muscat had led had solicited "kickbacks – euphemistically described as 'commission'" from hotels hosting CHOGM delegates.

In a statement issued to the press, Ms Muscat said that "any and all" commission recouped by the CHOGM task force went straight to government coffers to help it offset costs related to hosting the event.

"The task force asked hotel companies to electronically transfer the commission directly to the Government of Malta's Consolidated Fund at the Central Bank of Malta," Ms Muscat wrote.

"No personal gain was made from any of these proceeds," she wrote, adding that accounts were audited by a licensed firm. 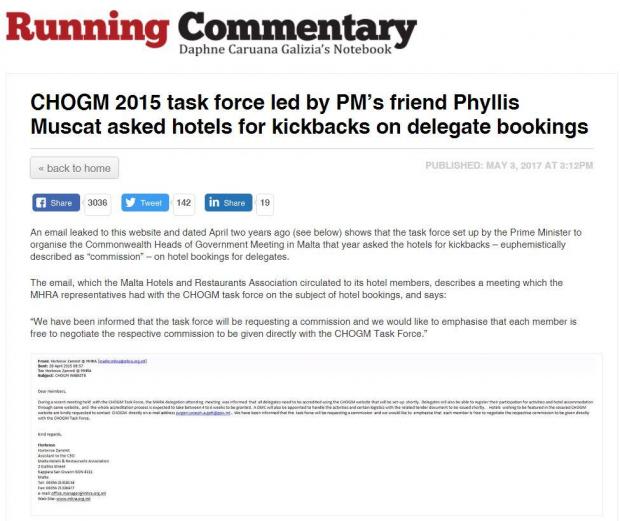