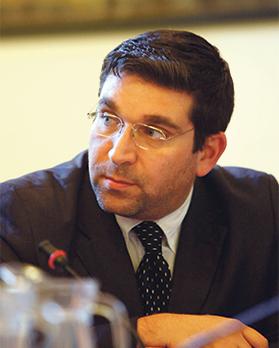 Police protection afforded to Daphne Caruana Galizia was relaxed after Labour returned to power in 2013, the Times of Malta is informed.

Although the journalist/blogger, murdered in a car bomb last Monday, did not want the police to stand watch near her house in Bidnija, senior officers said that, prior to the change of government in 2013, clear instructions had been issued to ensure Ms Caruana Galizia was adequately protected.

“The journalist did not have an easy relationship with the police and used to refuse to have an officer outside her home also because she did not trust the police,” a senior officer recalled.

“However, due to her controversial work, we still used to either station police officers on fixed-point duties to ensure nobody gets too close to her home or else constant mobile patrols were held in the area,” he said.

The officers, who spoke to this newspaper insisting on anonymity, said security surrounding Ms Caruana Galizia was given less importance when Labour was elected in 2013 and changes were made in the top echelons of the police force.

They said the police had always argued that she required protection even if Ms Caruana Galizia did not want it.

“We used to do it in different ways including by deploying officers to the road where she lived but not close to her house to respect her family’s privacy. However, we felt it was our duty to make sure nothing happens to a journalist,” the officers noted.

They recalled that, soon after the 2013 election, Prime Minister Joseph Muscat instructed the police to ensure Ms Caruana Galizia was afforded adequate protection in view of the victory celebrations.

The issue of her personal safety had been raised in Parliament by Labour MP Luciano Busuttil earlier this year after the journalist wrote about him and his wife in her blog.

Ms Caruana Galizia had reported that Ms Micallef was in possession of a disabled parking permit which she was not entitled to.

Soon after, Dr Busuttil tabled a parliamentary question asking whether “there was a police fixed point [24-hour watch] in Bidnija to protect someone”. Then home affairs minister Carmelo Abela had replied there was none.

Deeming Dr Busuttil’s parliamentary question as “revenge”, Ms Caruana Galizia made it clear she was not very comfortable with police surveillance outside her home.

“The only times we had a police officer outside our gate between nightfall and dawn only and for just a few weeks was when our house was set on fire (not the front door but the actual house) by anti-immigrant racists 11 years ago, when I received a death threat during the general election campaign nine years ago and, again, seven years ago when I made revelations about Magistrate Consuelo Scerri Herrera, which the then police commissioner thought put me at serious risk from individuals associated with her,” she had written in a blog last February.

“In all cases, I couldn’t wait to get rid of them,” she wrote, adding how she was more worried about the safety of the young police officers assigned to patrol her home.