Part of a ceiling above a popular snack bar in Msida caved in on Saturday sending rumbles across a neighbourhood but luckily hurting nobody.

The incident happened an hour after part of the wall of a backyard collapsed in St Paul's Bay, missing a woman who was hanging the washing there.

Concrete and stone from the ceiling above Duke's snack bar in Msida gave way at around noon, sending debris and a wooden frame crashing to the ground.

Thankfully, the bar is closed on Saturdays and nobody was inside at the time.

The building overlying the popular bar on Triq Bordin is currently a construction site, with workers building a block of apartments.

The police said nobody was hurt.

The house is adjacent a construction site in Triq San Pawl where site clearance works are being carried out. 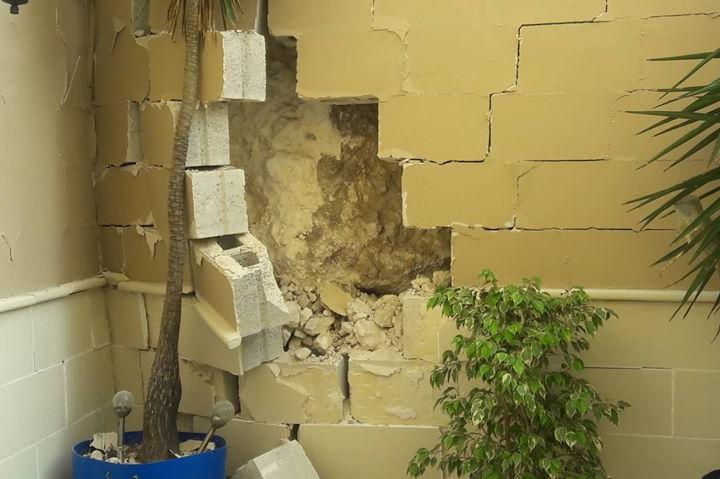 A section of the wall that collapsed as a woman was hanging the clothes in a yard in St Paul's Bay.

"My mother was hanging the clothes at about 11am when the stones started to come down. She panicked and is still in shock," a member of the family, Arsenio Caruana, told Times of Malta.

Fortunately, she was unhurt.

A long crack appeared in the rest of the wall.

An inquiry is underway. 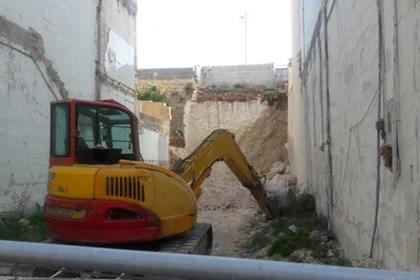 Earlier this year, three building collapses caused by neighbouring excavation works led the government to stop all demolition and excavation work until new regulations were drafted and passed into law. 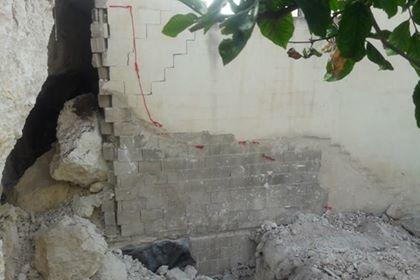