One of Malta’s most celebrated musicians, Cynthia Turner, 88, passed away on Monday, having contracted the COVID-19 virus.

Turner was one of Malta’ best known pianists and had famously performed for Queen Elizabeth when the Manoel Theatre hosted a royal performance in 1967.

She was receiving treatment at Mater Dei Hospital for a hip and wrist fracture, but also contracted the virus which is especially harmful to the elderly.

The well-known musician had performed on a number of local and foreign stages and on cable radio, radio and television in Malta, as well as in Italy, France, Germany and Egypt. 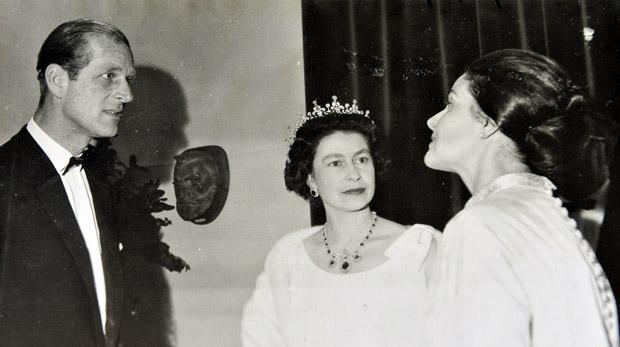 Cynthia Turner during her audience with the royal couple following the Manoel Theatre concert in 1967. Photo: Courtesy Cynthia Turner

She was born in Valletta in 1932 and went to school at the Convent of the Sacred Heart.

She was a Chevalier dans L Order des Palmes Acadmiques and an associate of the Royal Academy of Muscic, London.

In 2004, Turner was made a member of the National Order of Merit, one of the Maltese state’s highest honours.

She was married to Anthony Caruana and had two sons, Nicholas and Christopher. She had five grandchildren: Paul, Philip, James, Michael and Mischka.

Her funeral will be held on Monday at 3pm under social distancing rules.