Italian as expressed in graffiti, illustrations and comics is the theme of the 20th edition of La Settimana della Lingua Italiana nel Mondo (Week of Italian Language in the World), one of the major worldwide initiatives celebrating the Italian language. This year’s edition is being held between Monday and October 25. 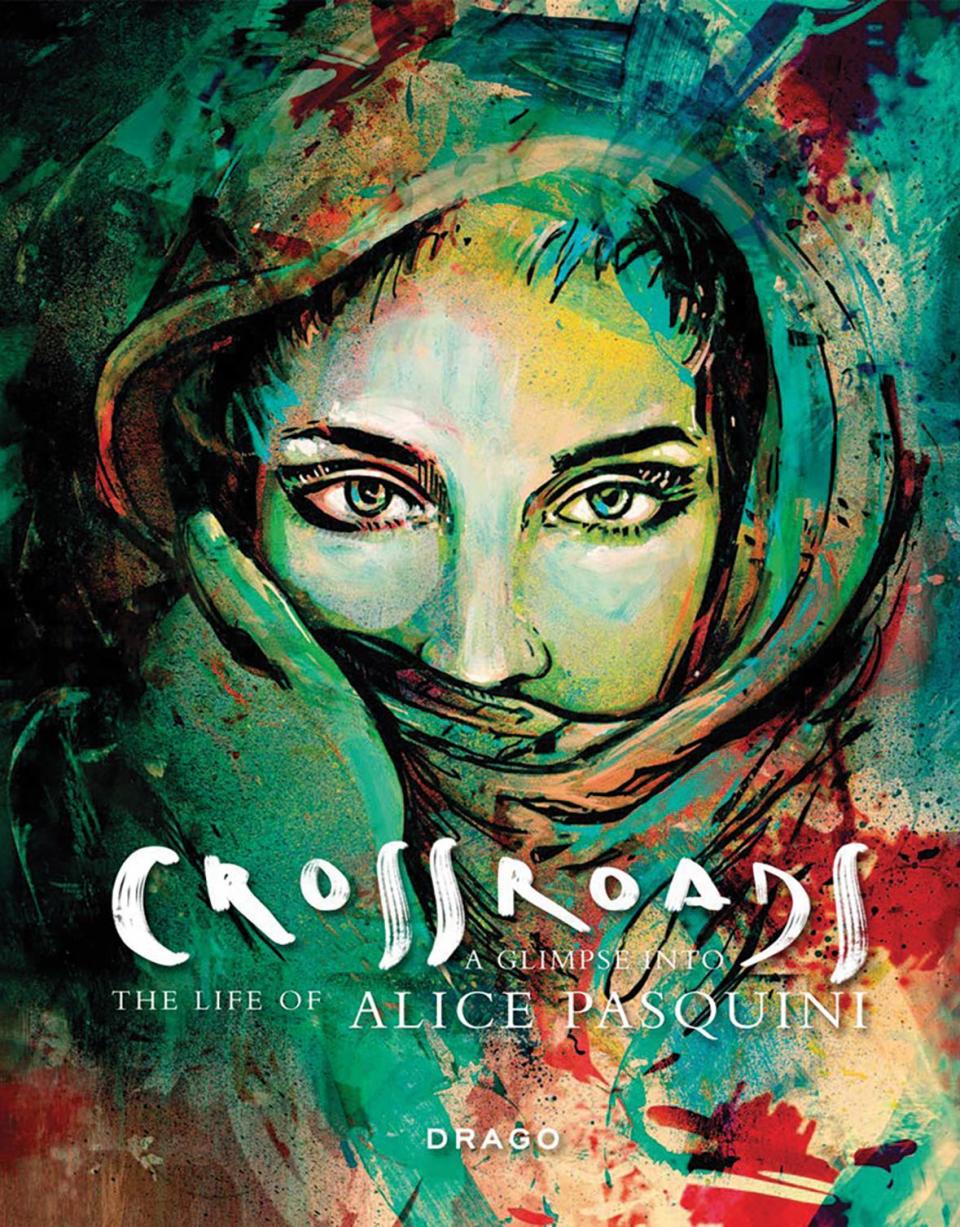 Pasquini will present a book on her life and works during the Malta Book Festival.

In Malta, the Italian Cultural Institute, in Valletta, in collaboration with the Italian Department and the MA in Film Studies of the University of Malta, Wicked Comics, the Malta Book Festival and under the patronage of the Italian Embassy, is presenting an exhibition of street art and videoconferences and conversations on art, comics, illustration and publishing.

Due to the COVID-19 pandemic, the events are being presented online and via live streaming.

One of the main events is an online exhibition titled A Window on Alice Pasquini’s Street Art, showing between Monday and November 1 on the institute’s Facebook and Instagram accounts.

Roman street artist Alice Pasquini is renowned for her introspective investigation of the female figure. The exhibition will present a selection of some of her outdoor works produced from 2014 to 2020 in various cities including New York, Salerno, Buenos Aires, Melilla, London, Hamburg, Rome, Strasbourg and Pisa.

Pasquini will engage in a conversation with art curator and journalist Nicolas Ballario on the exhibition and Italian street art on Tuesday at 6pm. This live event in Italian will be broadcast on Pasquini’s Instagram profile @alicepasquini.

Week-long initiative to feature an exhibition of street art and videoconferences and conversations on art, comics, illustration and publishing

The artist will present her book Crossroads: A Glimpse into the Life of Alice Pasquini (Drago Editore) during the Malta Book Festival on November 13 at 4.30pm. The 300-page book is the first anthology of her works. With 200 colour images and several unpublished excerpts from her sketchbook, Crossroads tells the life and works of the prolific illustrator, designer and painter. This event will see Pasquini discussing the book with publisher Paulo von Vacano. 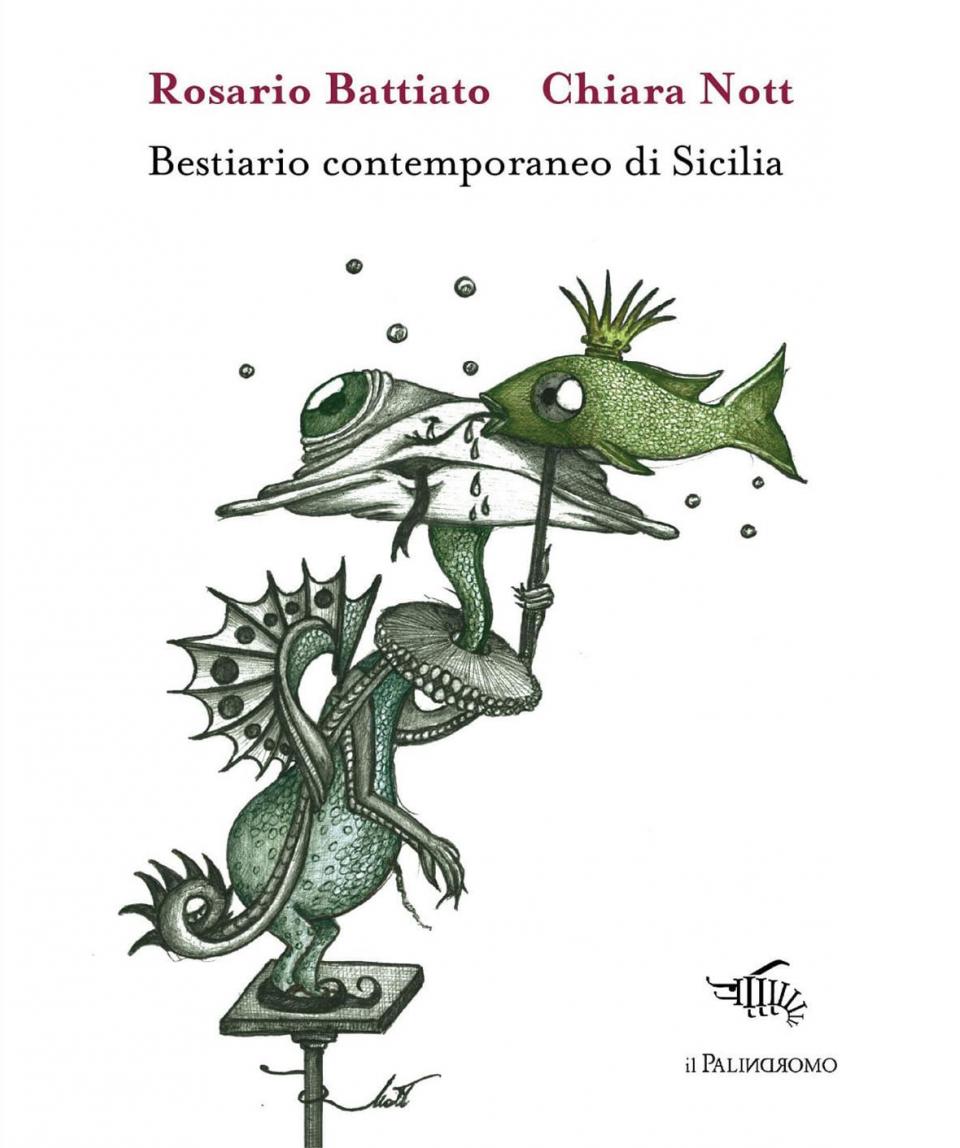 Rosario Battiato and Chiara Nott will present their book during the 20th edition of the Week of Italian Language in the World.

On Thursday at 6pm, Fabrizio Foni, a senior lecturer in the Department of Italian of the University of Malta, will give a talk in Italian on Zoom about Gianluca Lerici (1963-2006), better known as Prof. Bad Trip, one of the most prolific countercultural artists in Italy between the 1980s and the early 2000s.

A conjurer of visual hallucinations, Lerici was among the first exponents of Italian cyberpunk. Prof. Bad Trip’s style can be described as expressionist and hyper-decorative and overflows with both chaotic and painstakingly geometric elements. It is also claustrophobically filled with extra characters, backdrops, objects and details. 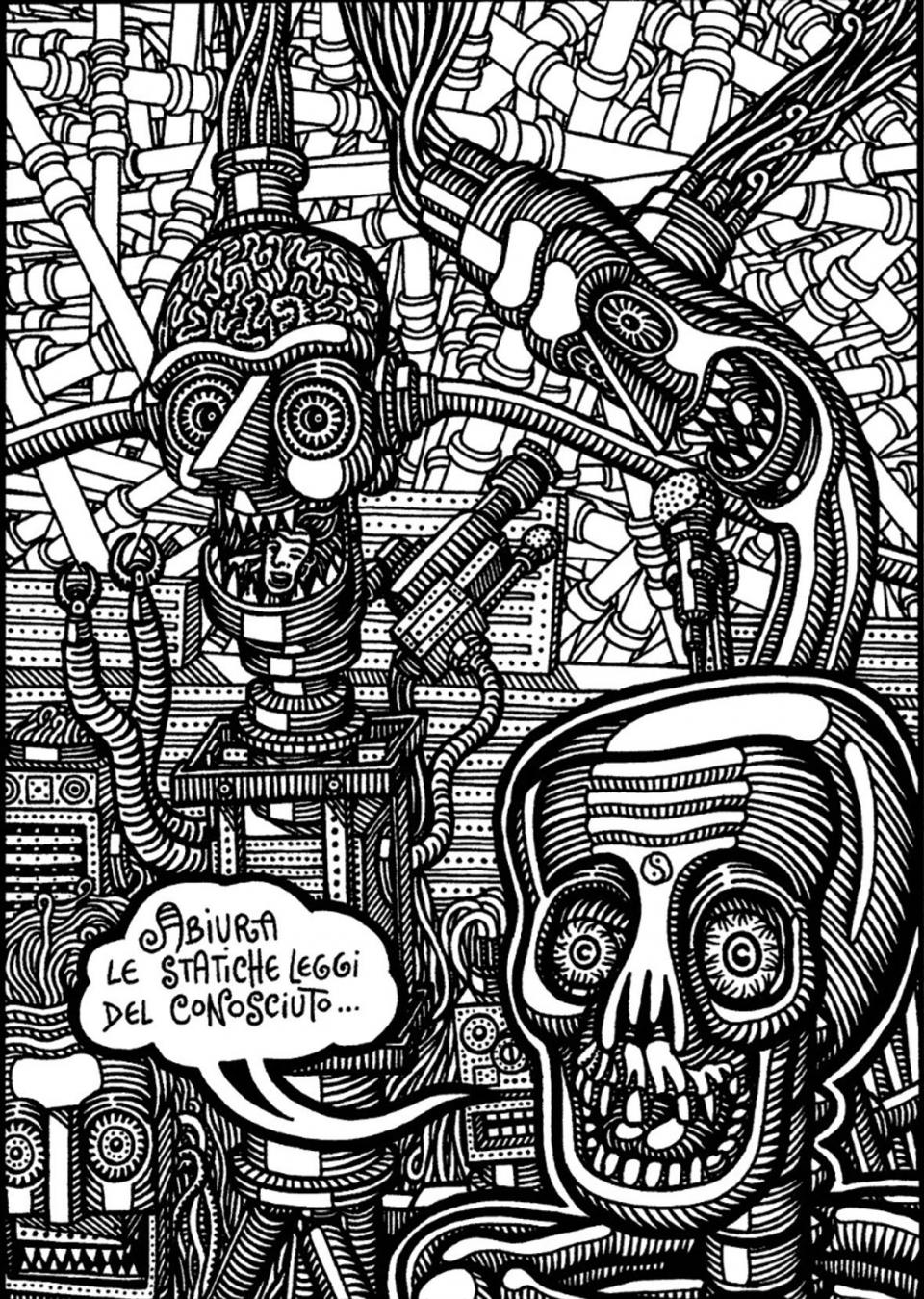 An illustration by Gianluca Lerici, aka Prof. Bad Trip.

On October 27, at 6pm, another Zoom lecture in Italian will focus on ‘The Power of Language in Comics’. Cartoonists Mario Damiano Sciuto and William Calleja will describe the importance of perfecting the use of languages in sequential art, passing from the origins of comics to its most recent evolutions. The lecture will illustrate the ways in which a comic strip is constructed as well as the importance of the written language, onomatopoeia and the arrangement of speech balloons.

And, on October 29, at 6pm, authors Rosario Battiato and Chiara Nott will give a presentation on their book Contemporary Bestiary of Sicily (Rossomalpelo Edizioni). The book proposes a fantastic tale of contemporary Sicily, with the ‘beasts’ in the title referring to various real and imaginary characters, commonplaces, natural phenomena, rumours and urban folklore.

The last three events are limited to 100 people and bookings are on a first-come, first-served basis. 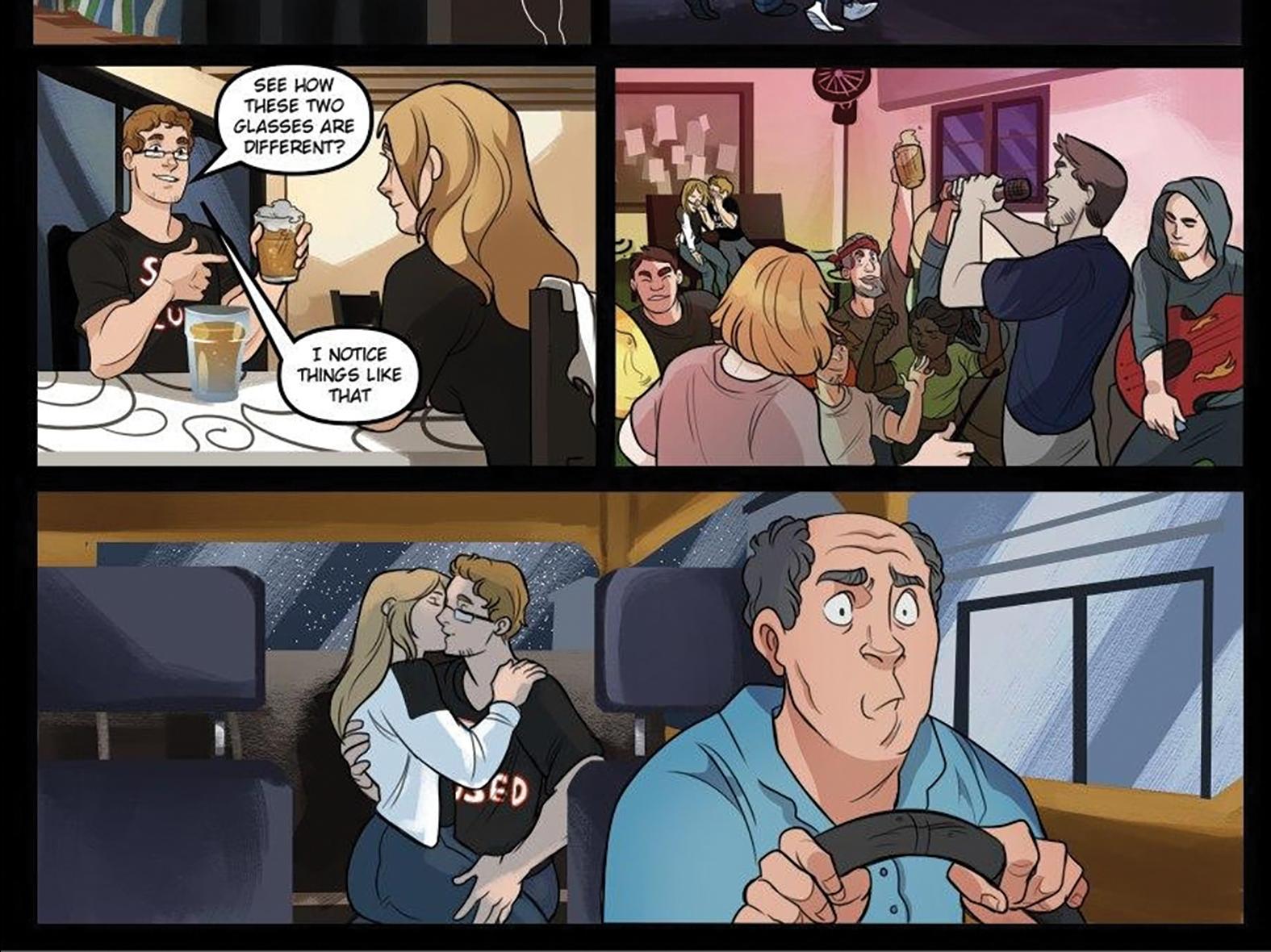 One of the online lectures will discuss the power of language in comics.