The Environment Planning Review Tribunal  on Thursday dismissed the appeal against the controversial Central Link project.

The controversial €55 million project secured planning permission in July after a long in spite of objections.

It is intended to alleviate traffic congestion in Attard's village core, and stretches from the Mrieħel bypass to the foot of Saqqajja Hill on the outskirts of Rabat, incorporating new lanes, junctions and other infrastructure.

The project has drawn a raft of objections, including the environment watchdog’s concerns, over the uprooting of 549 trees, half of them protected species, and the loss of 49,000 square metres of virgin land, some of which is actively worked by farmers.

A number of historic structures close to St Paul’s Chapel, in Attard, will have to make way.

In their appeal, the eNGOs lamented that there had been no genuine assessment of alternatives during the Environmental Impact Assessment, that the decision had been based on documentation that was not accessible to the public and that there was false, inaccurate and misleading information on the extent of the project.

They also complained that there was a potential conflict of interest by the people who carried out the EIA and that the final decision ran counter to the Strategic Plan for Environment and Development, the National Transport Master Plan 2025 and the National Strategy for Transport 2050.

But in its decision, the Environment Planning Review Tribunal dismissed the grounds for appeal, insisting that there had not been any missing documentation. Claims that the plans and studies contained deceiving data was refuted by the tribunal as being “frivolous and baseless”.

Chaired by Martin Saliba and composed of former Labour candidate Simon Micallef Stafrace and Robert Sarsero, who the Labour government appointed chairman of the Malta Freeport, the tribunal concluded that the process that led to the granting of the permit was a rigorous one.

It said that following the examination of document and evidence, there was nothing with which it could conclude that there was a procedural defect or omission that stopped the public from participating in the decision-making process.

The tribunal noted that while the eNGOs participated in the planning stages, by submitting objections and comments on the proposed project, none of them took part in the EIA process.

Regarding the claim of breach of policies, the tribunal said these policies as well as the Strategic Plan for Environment and Development, the National Transport Master Plan 2025 and the National Strategy for Transport 2050 had been checked during the EIA.

The tribunal also threw out a complaint that the Planning Authority’s decision was based almost entirely on a cost benefit analysis, saying this argument was “unsustainable”

Reacting to the decision, Claire Bonello, speaking on behalf of the objectors said that the issue will once again be taken before the Court of Appeal.

She said the objectors were also considering filing a constitutional case claiming a breach to their right of a fair hearing after they were not allowed to examine or cross-examine Infrastructure Malta.

"We are disappointed but not at all surprised with the outcome. You do not expect this kind of treatment anywhere except in a kangaroo court. When we brought up the effect this project could have on our children's health we were told we should be ashamed of ourselves for using children in our argumentation. This is the extent to which they went to approve it," Dr Bonello said.

She said the objectors demanded explanations why the government went ahead with awarding tenders before the project was even approved.

When asked, she said the objectors will also be taking legal measures to ensure the project does not start before the court cases are decided. 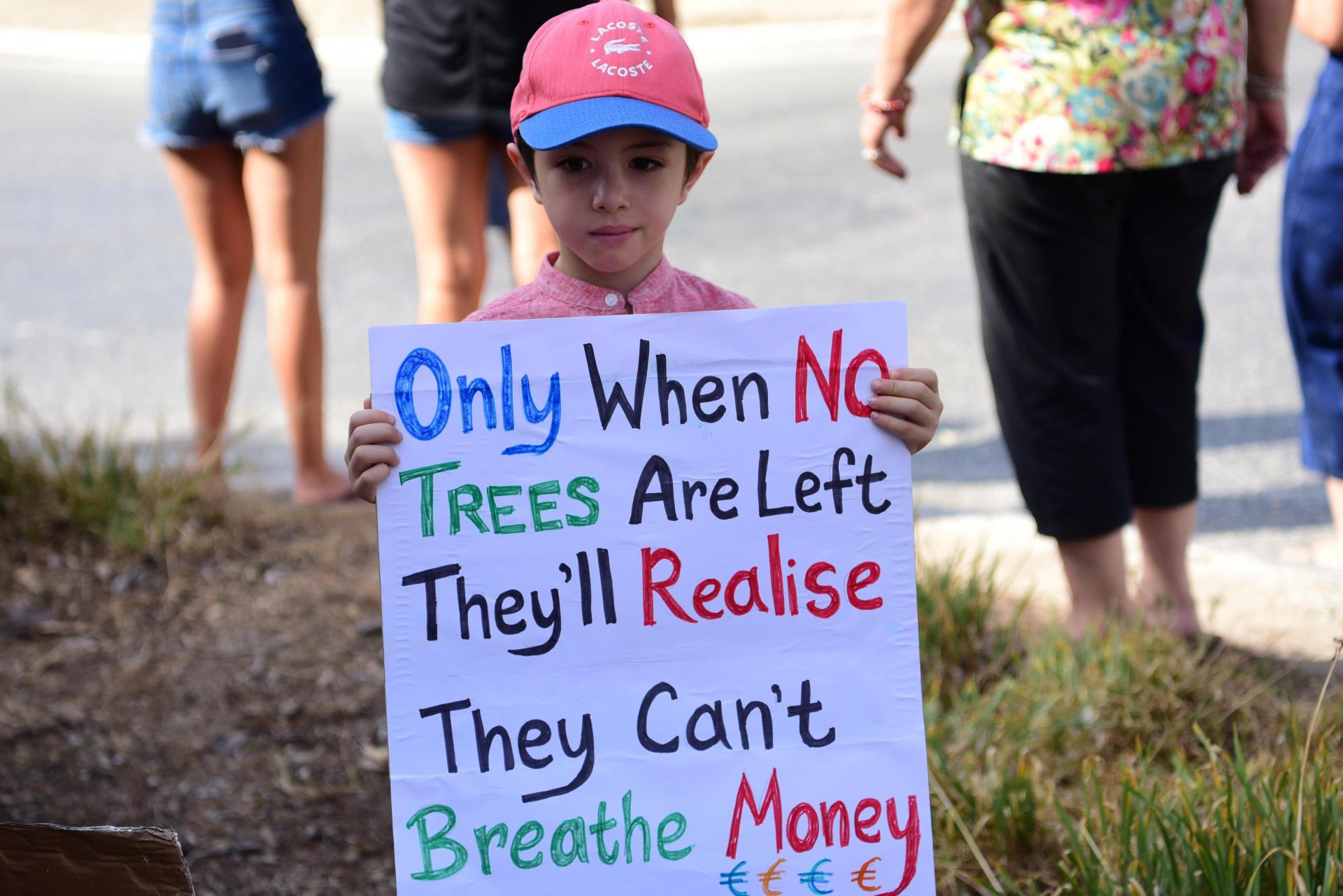 A young protestor during a manifestation against the project last July.

Infrastructure Malt in a statement welcomed the tribunal's decision.

It said the tribunal's decision also confirmed the validity of studies carried out by experts, economists, architects, engineers and technicians entrusted with the planning and consultation phases of this project.

"The appellants’ allegation that these plans and studies contained deceiving data was refuted by the tribunal as being “frivolous and baseless”. It also dismissed as being “incorrect” the appellants’ argument that the public did not have access to information about the project during the planning process leading to the issuing of the development permit," the agency said.

It said that during the appeal process, it provided all information and support required by the tribunal. It also responded to all requests for information and clarification.

“I am confident that the team of employees and contractors entrusted with this important upgrade will work hard to diligently and safely achieve the project objectives in the best interest of the area’s residents and road users,”  Fredrick Azzopardi, Infrastructure Malta’s CEO, said.

Infrastructure Malta said it would continue to consider suggestions from all those genuinely interested in contributing to the project.