Around 90 per cent of the Central Link project has been completed and the 7km of roads that make up the large-scale road works Project will be ready for use from the first week of October, Infrastructure Minister Ian Borg announced on Wednesday.

Workers are now gearing up to start the final asphalting phase, Borg said.

Asked about the impact this might have on traffic, especially when schools reopen in late September, Borg told Times of Malta the reopening will be right on time as that is when the majority of post-secondary students return to school.

He urged drivers to keep the works in mind when driving in the area and "plan ahead" while following diversions, especially as these might change as the works progress.

Borg said the asphalt being used was selected to ensure it was suitable for Malta’s climate, meaning the heat would not impact it.

Infrastructure Malta head Fredrick Azzopardi told Times of Malta that agency workers were cleaning up culverts that had become blocked. That work was being done at night, he said, with the aim being to unclog the culverts before autumn rains. 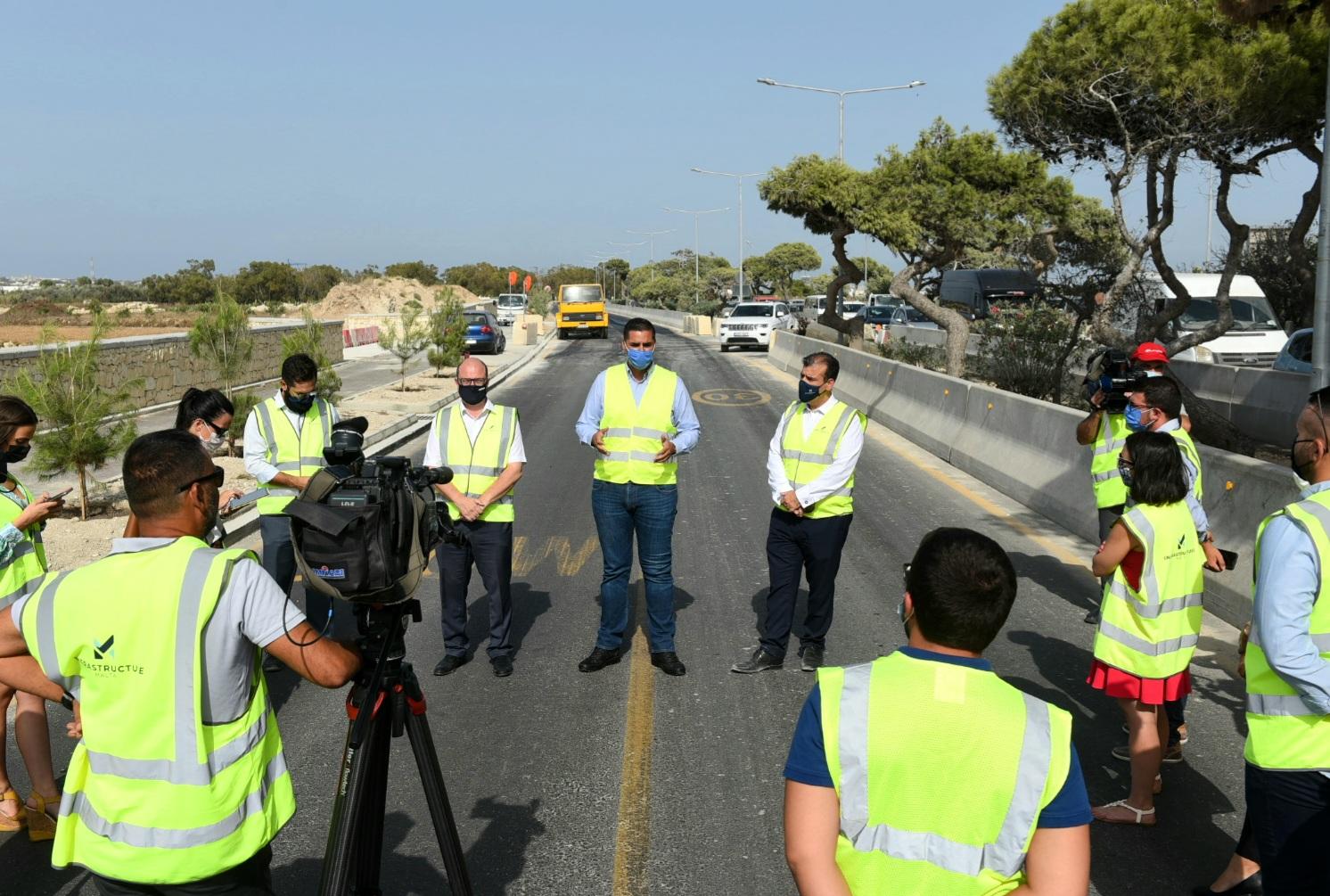 The €55m Central Link project involves the rebuilding of roads linking the Mrieħel bypass to Rabat. Its inception was mired in controversy, with environmental activists decrying the large number of mature trees that were to be uprooted to make way for wider lanes of traffic.

Infrastructure Malta subsequently modified plans to reduce that environmental destruction, though hundreds of mature trees were nevertheless removed. The roads agency has committed to planting almost 800 new trees to make up for that loss – the minimum required by law.

The government has said that the project will cut emissions by 13.5% while also reducing travel times.