Exit Stage Right’s choice in staging Certified Male, a 1999 comedy where the premise is the dynamics between four men and how their very different personal lives and attitudes come together on a work retreat, is a shrewd one from the perspective of drawing an audience.

Targeted at the type of audience which frequents the Salesian Theatre, the promise of a comedy featuring some of the island’s most accomplished actors, meant that the show was extremely well-attended, in spite of the stifling heat at the Salesians’ theatre.

The play, written by Scott Rankin and Glynn Nicholas, has subtle ekphrastic aspirations in the references made by Jarrad (Stephen Oliver), the boss in question, to the painting The Raft of the Medusa (Théodore Géricault). The subject of this painting is a gruesome historic tragedy of post-Napoleonic colonialism.

Used by Jarrad as a metaphor for the destruction that men inflict upon themselves and others in their immediate circle, this served as a justification for convening three of his closest and best employees to a far-flung resort for a weekend.

I particularly enjoyed the scenes between Montanaro’s McBride and Paris’s Alex: watching these two in action is always rewarding, particularly in comedic roles

Oliver’s delivery of Jarrad’s character was refreshingly different to the way in which his past comic characters evolved. I thoroughly enjoyed this new, softer, sage side to him.

Director Nicholas, who must have clearly tweaked some of the references and situations in his original script to reflect historical changes over the past 20 years, had a great cast to work with. In addition to Oliver, seasoned comedian Alan Montanaro made a great McBride, using his height and physicality to great advantage. The very versatile Alan Paris played Alex, a care-worn father-of-two, with bags of underlying marital tension and who is a bundle of nerves compared to the five-times married, serial monogamist McBride, who trades wives in for new, younger models, regularly.

At the other end of the spectrum, there’s commitment-phobic, suave, smooth-talking Howard (Joseph Zammit), who collects sexual experiences and is more interested in the thrill of the chase than its aftermath. Paris and Montanaro’s comic-timing is impeccable and Zammit matches them very ably. 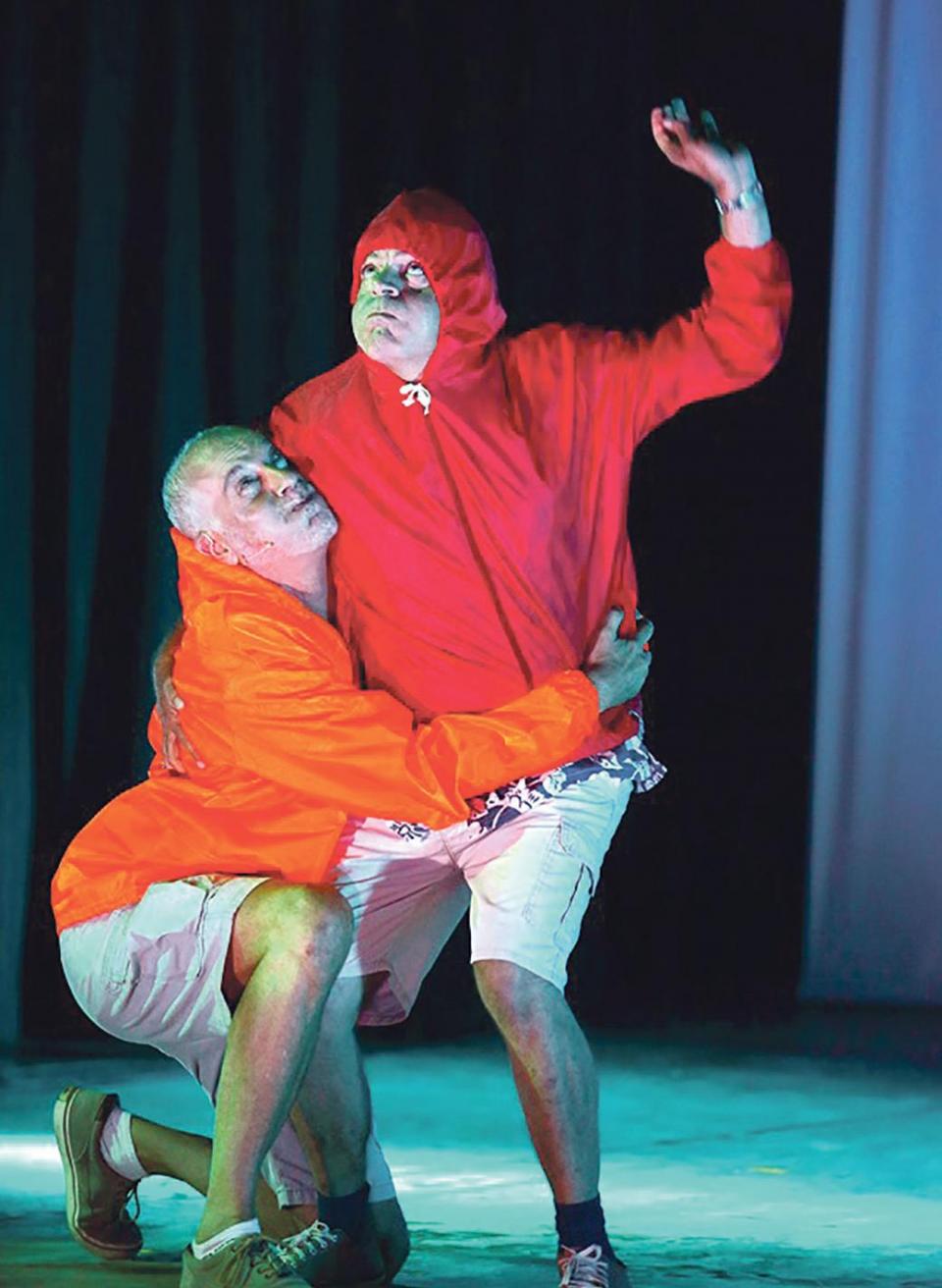 Going down under: Alan Montanaro (left) and Alan Paris are a hit in this Australian comedy.

The production uses a multitude of theatrical conventions which range from musical numbers, self-awareness as a dramatic construct, direct audience addresses to references to popular culture and current events. The live musical accompaniment was entrusted to veteran Paul Abela. While the timing and cast dynamics were excellent, with exceptionally crisp performances throughout, I found the script lacking in cohesiveness, which made the separate scenes rather fragmented.

The individual segmentation of the play made for a stop-start, long first act; thankfully, it picked up speed and adjusted its rhythm in the second act.

I particularly enjoyed the scenes between Montanaro’s McBride and Paris’s Alex: watching these two in action is always rewarding, particularly in comedic roles.  Zammit alsoplayed to his strengths as his singing parts capitalised on his formal training and gave him a strong edge. The slightly more nuanced, poignant observations by Oliver’s Jarred gave the play some much needed shading.

This is the sort of production which, wisely placed as it was at the start of the theatre season, was both a crowd-pleaser and a solid choice, making for good laughs and a light-hearted night out.

Certified Male is being staged at the Salesian Theatre in Sliema today, tomorrow and on Sunday at 8pm. Tickets may be obtained at ticketline.com.mt