My mobile phone went into overdrive around 8am this morning when news started leaking that rock legend David Bowie had died, aged 69. My admiration for the Thin White Duke has persisted since my brother indoctrinated me with the album Heroes in 1977. Since then I've been trying to pass on this obsession to hundreds of others who bothered to listen.

I don’t want to laud the many musical attributes of Bowie – there are critics far more competent than me to do that.

But while the news wires go intro overdrive over his unexpected death, we are not realising that while musical legends are dying off, they are not being replaced by a new generation of icons and role models. 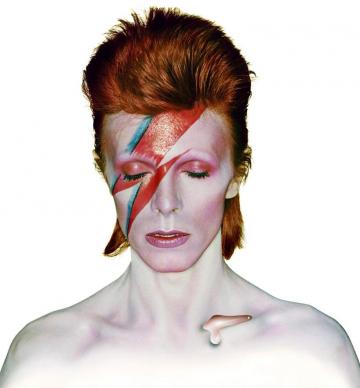 Bowie would certainly never have made it if he embarked on a musical career in the 21st century. His first album flopped. His second hardly set the ground alight. It took him so long to break into the mainstream that by today’s standards, the likes of Bowie wouldn’t get a second chance.

When Bowie released his first album in 1967 it hardly made him the rock star he wanted to be. When he released his single Space Oddity he didn’t think it was good enough. So he went back into the studio some years later and recorded an even better version of it. The record label stood by him and he became a global icon.

He refused to adapt to the musical and fashion trends at the time, so he orchestrated glam rock and chiselled out alternative personas – from Ziggy Stardust to Aladdin Sane.

When Ziggy Stardust became too big, he killed him off onstage, without his band’s knowledge, and reinvented himself. He deconstructed fame before anyone had ever really come to grips with the concept. Millions questioned his sanity.

Along the years, the chameleon did everything to get out of his comfort zone – he produced rock, soul, disco, drum ‘n bass, you name it.

As writer Tony Parsons wrote: “They say that Elvis gave rock and roll a body and Dylan gave the music a brain. David Bowie gave the music a blood transfusion and a brain transplant just at the point when it was dying from exhaustion.”

For the last album Blackstar, released on his birthday just last Friday, he changed his entire band and roped in a group of jazz musicians to essentially play on a noir rock-infused album.

He sold the idea that we can create ourselves in our own model, whoever we are

I recall an interview I carried out with former Marillion frontman Fish in Malta in 2004 who expressed his frustration at the way the record industry was demanding that he produced hits at once rather than seeking to support talent.

There are tens of thousands of creative minds out there who are not given the necessary time to develop their art, the time to find their voice, their sound, their artistry. So they stick to the same formula which will invariably get airplay, Facebook shares, and so on… In the process, the new musical generation has now become a veritable who’s who of one-hit wonders as 'artists' are being manufactured by the likes of Simon Cowell.

In reality, Bowie was more than just the greatest singer for four generations. He dabbled in theatre and film, he was a trend-setter, a recluse, almost an alien. He carefully chose the political issues he spoke about, he gave hope to youngsters who were 'different', most importantly he proved that you do not need to belong to a particular tribe. He sold the idea that we can create ourselves in our own model, whoever we are.

In reality, he was one of those rare artists whose presentation was more important than the songs he wrote.

The genius basically wrote his epitaph… and then filmed it

Yet, nothing prepared his millions of fans for his latest surprise: his illness which killed him late last night. Critics wondered why the disturbing video accompanying his single Lazarus showed him playing a frail old man, his eyes covered, lying in bed singing the lines: “Look at me I’m in heaven, I’ve got scars you can’t see”.

The genius basically wrote his epitaph… and then filmed it. The video was released last Friday. His producer Tony Visconti summed it up perfectly: "His death was no different from his life - a work of art." 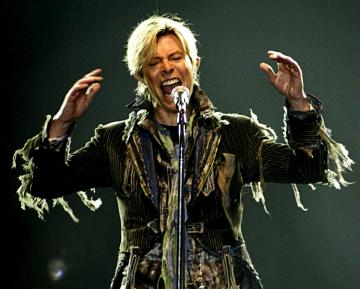 7. The Stars are out Tonight