Born in Mortlake, England, on September 2, 1875, Charles Dominic Plater was educated at the Jesuits’ Stonyhurst College in Lancashire, where he was remarkably popular with masters and fellow students alike for his personal magnetism and his regular success in winning school prizes.

He entered the Jesuit novitiate at Roehampton, southwest London, on September 7, 1894. In 1900 he interrupted his philosophy course at the end of its second year to proceed to the Jesuit Hall (Campion Hall), Oxford, to read classics. Gaining a Second in Mods (exams taken in the first part of an Oxford degree) and then a First in Greats (a degree in Classics), Plater accompanied his early success and promise in clas­sics with a lifelong interest in archaeology.

However, it was his growing fascination with social issues that began to absorb his interest and became his lifelong concern, as he realised that these seriously impacted on the material and spiritual lives and prospects of working men and their dependents.

On completing his third year of phil­osophical studies as part of his Jesuit training, Plater was appointed to teach classics to his fellow Jesuits for two years. He followed this by studying theology. He was ordained to the priesthood at St Joseph’s parish church, Roehampton, on September 5, 1910.

Meanwhile he was devoting much of his time – and most of his interest – to motivating and educating working men, vulnerable to the powerful capitalist system. His goal was to enable them to address the basic social issues and economic policies which dominated their lives, and to work for the social reform advocated in 1891 by Pope Leo XIII in his first social encyclical Rerum Novarum on the Indus­trial Revolution.

Plater’s objective in launching his campaign was twofold. The first and more important was that of strengthening the religious and spiritual motivation of working men by promoting weekend retreats and training them to apply the Spiritual Exercis­es of St Ignatius to various human occupations.

His second purpose was the systematic education of working men. This was carried out through lectures and the setting up of courses and local groups to study Catholic social principles and practical social issues, including the living wage, housing and working conditions.

It was in 1916, in the middle of World War I, that Plater was appointed third Master of the private Jesuit Hall in Oxford, whose name was duly changed to Plater’s Hall in ac­cordance with the university’s practice in those times. 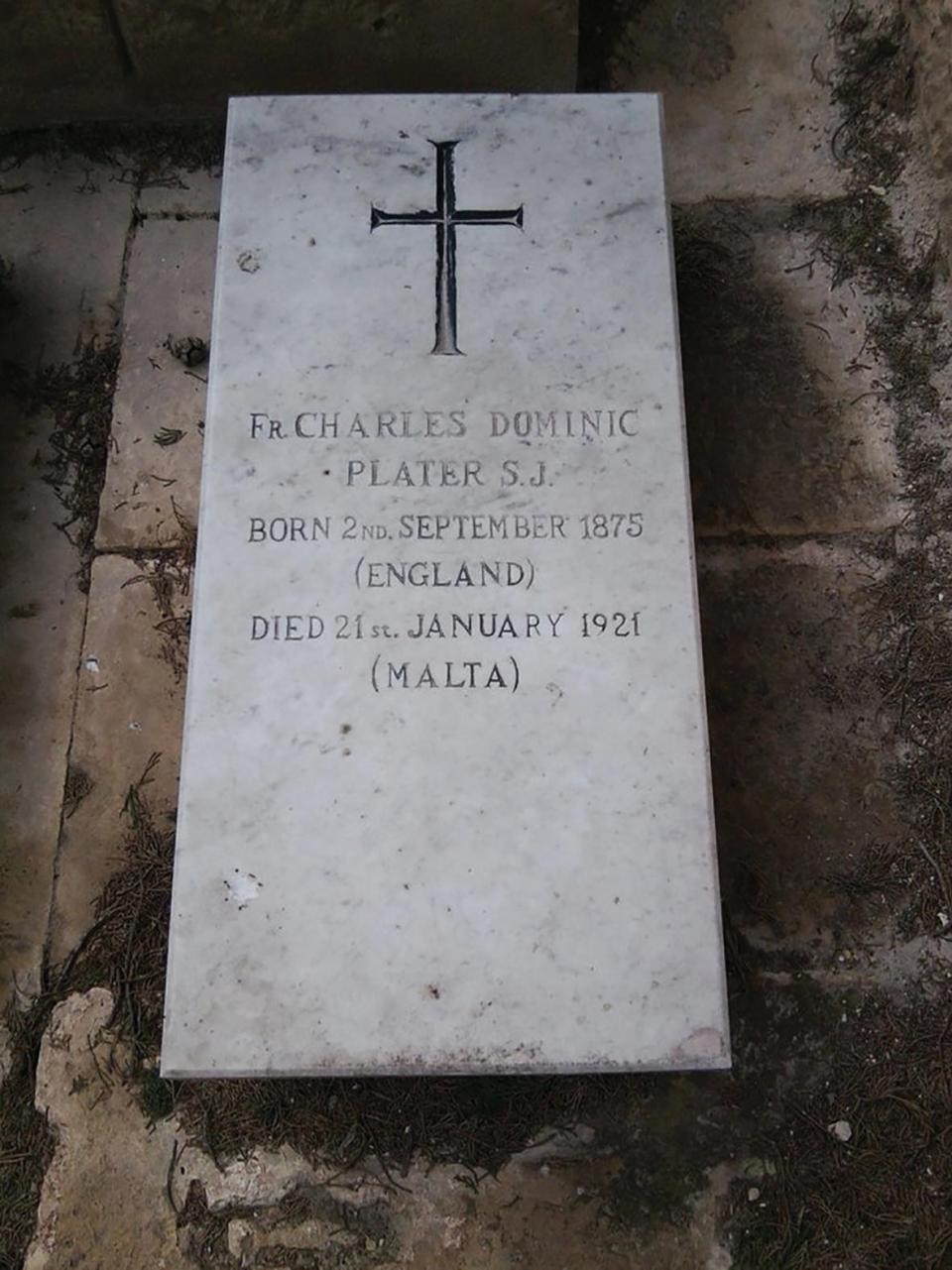 Inspired by the retreat work he witnessed during his travels in France, Germany and Belgium, Plater was determined to popularise retreats for working people and to promote social study in general. The Catholic Social Movement, which was then growing in Europe, brought people together to enrich their own spiritual lives, and to encourage them to take practical steps towards social reform. Over the years, Plater travelled all over Britain, leading retreats, delivering lectures, and forming study classes and social guilds.

In contrast, Oxford and its university was turned into a large military camp, with a continual inflow of soldiers billeted in many of the colleges. Many of these men had been wounded in battle, and places like the Examination Schools building, University College and Somerville College were converted into military hospitals for British and Ger­man casualties.

As a well-nigh inevitable consequence of this, Plater was to be found spending hours daily, often with the cooperation of his community, in visiting wounded soldiers and car­ing for their spiritual needs: offering his daily Mass each morning, taking convalescents out on expeditions and organising short retreats for wounded soldiers and army cadets.

Yet there is ample evidence in records of this time that the Master’s stren­uous campaign for social justice was mainly exer­cised during the lengthy Oxford vacations, and that alongside it, he was also deeply devoted to his small community of scholastics, with whom he often shared recreation in rowing, swim­ming and picnicking by the river. They, in turn, affectionately showed their solidarity and loyalty to him by making allowance for his absences and frequent periods of obvious ex­haustion resulting from his apostolic efforts. And, of course, his men must have received continual inspiration and encouragement from the powerful example of their Master’s apostolic zeal. 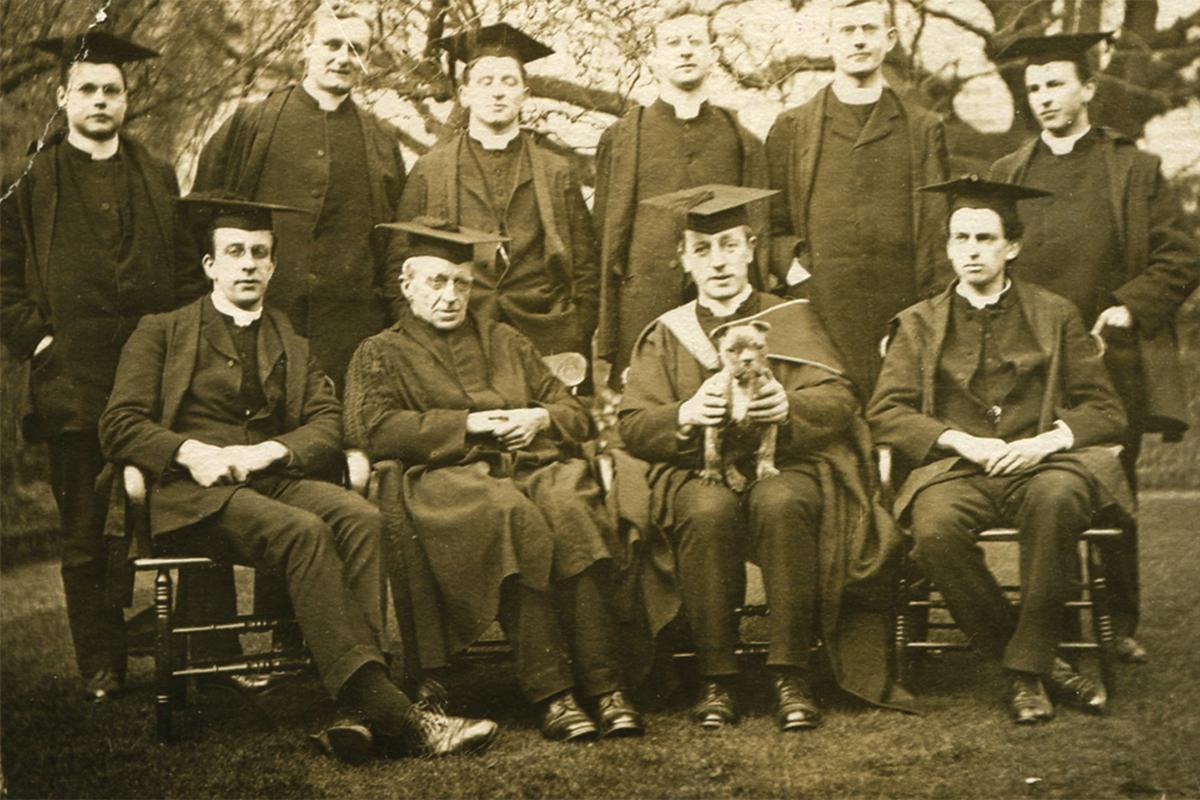 Fr Plater (seated third from left) as third Master of the private Jesuit Hall in Oxford with colleagues and scholastics.

Plater’s energetic and almost incessant activity re­sulted in his having occasionally to take a medically pre­scribed rest from his gruelling programme, for instance in Ireland after a heart attack, and finally in Malta.

This indefati­gable worker arrived in Malta on December 15, 1920, in a state of physical and mental burnout that could, at any moment, cause his over-generous heart to cease beating. His doctor’s advice was to spare himself and re­cuperate from a grave illness in a climate warmer than his own.

Malta was the ideal place for his health, but no sooner had  Plater realised that our island was fertile soil for his social apostolate than he completely forgot all about his weak health. After meeting the Archbishop, Mgr Maurus Caruana, OSB, the Governor, Lord Plumer, and Professor Themistocles Zammit, he visited the workers in the Dockyard, gave talk after talk on social problems, met workers’ leaders, befriending all, high and low on the social ladder, delivering his message of love, jus­tice and freedom.

Of special mention is the speech entitled ‘Malta’s Opportunity’ which Plater addressed, on January 16, 1921, to the Società Operaia Cattolica of Senglea at its headquarters at 176, Strata Vittoria. There was a strong muster of members of both the society and of kindred organisations of working classes.

To the assembly, which numbered over 500, he uttered these memorable words: “Malta is small; but so was Athens; and yet it enlightened the world, for 2,000 years, with its wisdom and art. Malta is poor but the world is not in need of material wealth so much as of a moral force.

“Malta could teach a lot to other countries if, through its common faith, it bloomed in a beautiful flower of Christian democracy. Their common faith could teach a people how to make the best use of their democratic lib­erties.”

In the afternoon of Janu­ary 21, 1921, he gave a talk to the Association of Old Girls of the Sacred Heart Convent in St Julian’s. Plater once more spoke pas­sionately, urging greater concern for the poor and for better organised social work. 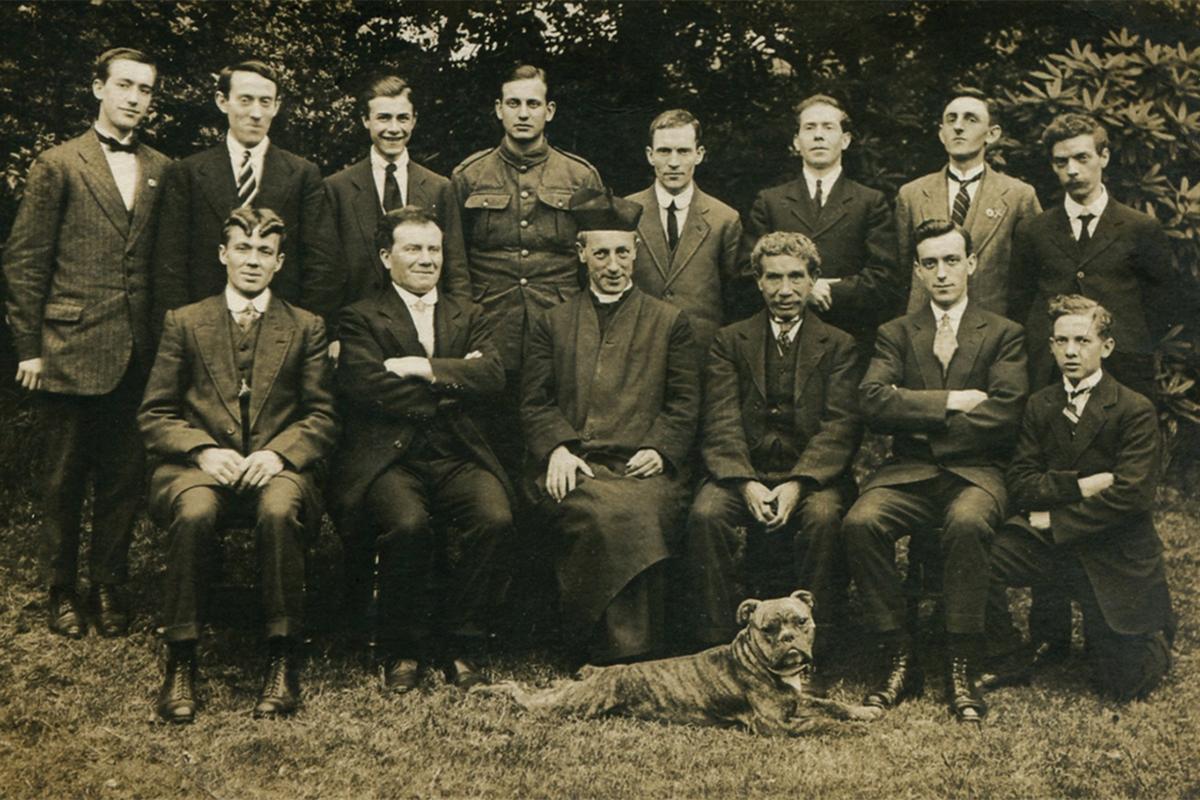 Fr Charles Plater (seated third from left) in a group photo taken in 1917.

When the talk was over, he felt utterly exhausted, yet he did not hurry to his bed but went to see a sick sailor at the Blue Sisters Hospital nearby. While in the sailor’s room,  Plater suddenly lifted his hand to his head and would have fallen down had the sailor not been quick enough to hold him up. A peaceful smile came to his face and he died performing his last act of caring love. Plater’s last hours came as an appropriate crowning of a whole life spent in the service of his fel­low men.

From St Julian’s, Plater’s body was taken to lie in state in the Jesuits’ church in Valletta. He was given what amounted to a state funeral. Huge crowds, including the archbishop, the clergy, the Jesuits and many students, workers and distinguished citizens filed past the coffin, together with crowds of ordi­nary people he had loved so much since he was a man with a word for all, even in the most tiring of cir­cumstances. After a solemn funeral Mass, he was interred Sotto la Cappella at Santa Maria Addolorata Cemetery.

Before coming to Malta, Plater had already made a name as a speaker and as a writer in England. He had for many years meditated on the real needs in the social field. It was his strong con­viction that spiritual retreats should be the heart of the social apostolate. He wanted to reach the souls of the workers and not just change their material conditions of life.

When he died, aged just 45, he was hailed as a man of great gifts, a powerful organiser, an authoritative speaker, a reliable moderator, and a splendid priest. Editors proclaimed that in the field of social action, his death was an irreparable loss.

Plater was honoured nine months after his death with the foundation of the Catholic Workers’ College in Oxford, subsequently renamed Plater College. The college offered educational opportunities – with an emphasis on Catholic social teaching – to those who were in the working world. It continued its valuable work until July 31, 2005, when falling recruitment and changing stand­ards led to its closure.

It is clear that Charles Plater’s time spent in Oxford as Master occupied only a small part of his Jesuit apostolic activities, and he is much better recalled today, and more widely recognised and admired, for his pioneering influence in de­veloping the workers’ retreat movement and the Catholic Social Guild.

In Malta, Plater always had his head bursting with ideas and his hands full of work. But after 37 days, the Mal­tese witnessed the premature pass­ing of an extraordinary man who had a profound impact on all who came in contact with him, an untir­ing apostle who refused to relax even when he had completed a task. Fr Charles Dominic Plater, SJ, was a social prophet with an accurate reading of the signs of the times.

The author acknowledges the use of jesuit.org.uk for some of the images.