Former minister and Labour MP Charles Mangion this morning was awarded damages by a court after finding that he was libelled by a statement issued by the Nationalist Party in 1998. 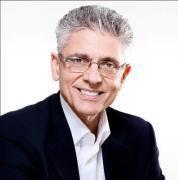 Dr Mangion had complained that the PN on August 25, 1998 published a press release where it was implied that he was involved in some sort of scandal because a company in which he was involved had submitted a public bid to sell property to the Housing Authority at the time of the Labour government.

Dr Mangion argued that there was nothing irregular in his action. Everything was done above board and he had declared his interest and even requested prior scrutiny by the Auditor-General.

The court ruled that the PN statement drew mistaken conclusions and it was malicious and intended to discredit Dr Mangion before the general election.