A large Christmas tree in Valletta’s freedom square was switched on for the first time this year on Friday evening as the capital city adopted some festive cheer.

The 12-metre tree is decorated with around 5,000 LED lights and will illuminate its surroundings throughout the Christmas period. It was set up by the Valletta Cultural Agency. 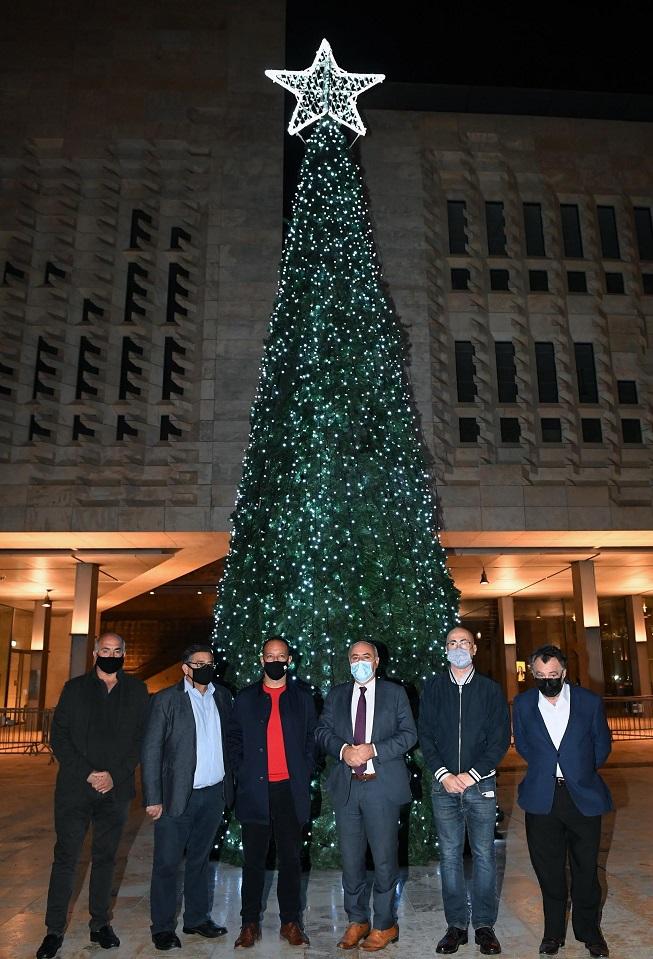 Lights were also installed on Republic Street, Merchants Street, Archbishop Street and Strait Street. Decorations have this year been entrusted to Metalux, a company known for its decorations in Rome’s Via del Corso.

The decorations form part of the government’s Christmas in the City programme which drew criticism when it was first announced earlier this month, with doctors saying the plans would draw crowds to the capital in a time when social distancing was paramount. Ministers and the VCA had responded by saying no events were being held this year, with the festive spirit limited to lighting and decorations, a small crib exhibition and small choirs across the capital.

VCA chairman Jason Micallef said that more street lighting was installed this year to make up for the lack of a Christmas porgramme. 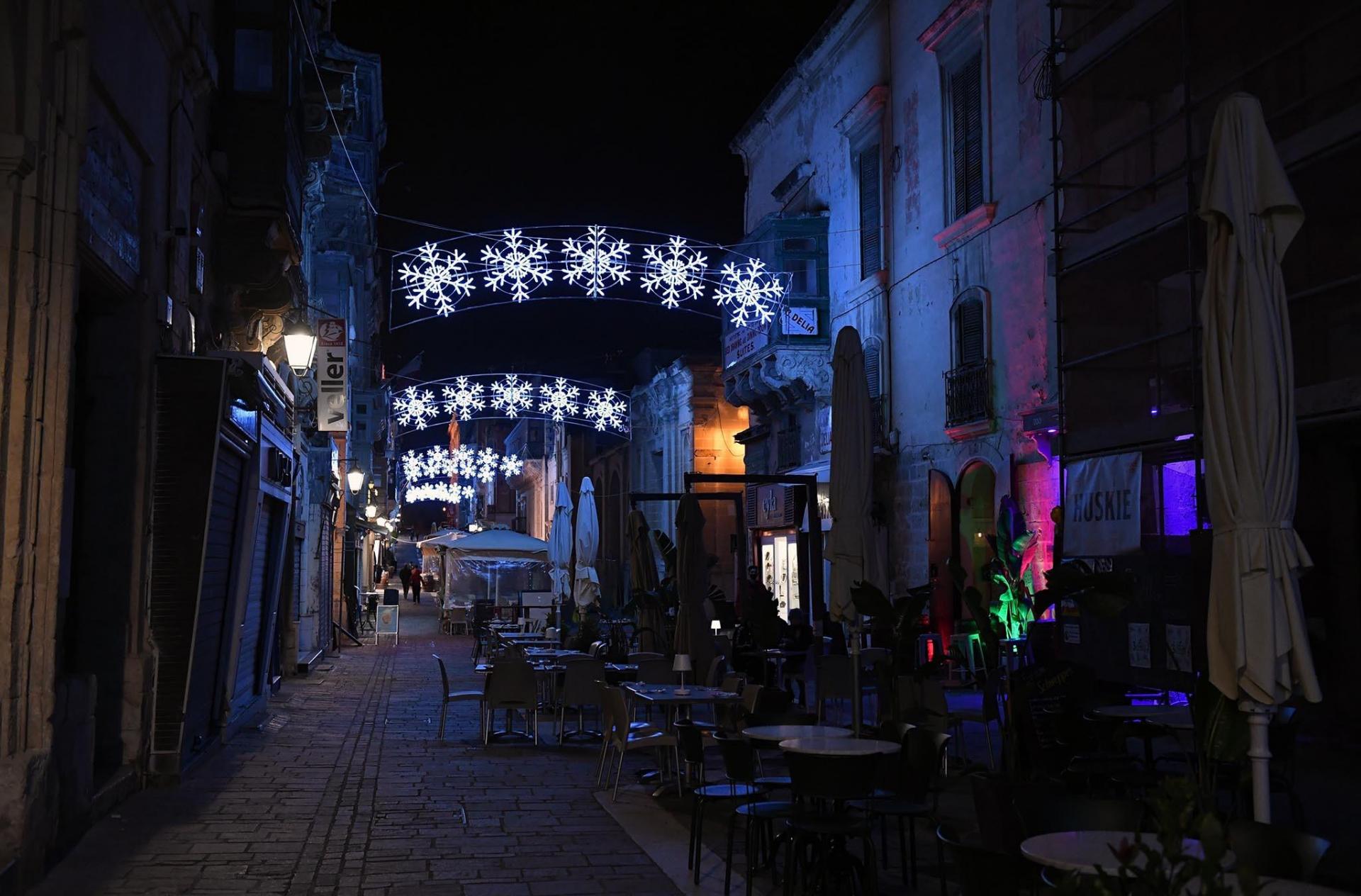 Lights have also been installed on Merchants Street and other main roads in the capital. Photo: DOI/Clifton Fenech

Special projections will light up the facades in St George’s Square on December 8,” he added.

The VCA will also be setting up a crib in Pjazza de Valette on Noember 25.