Chuck Yeager, a World War II fighter ace who was the first man to travel faster than sound and whose gutsy test pilot exploits were immortalized in the Hollywood blockbuster "The Right Stuff," died Monday, his wife said. He was 97.

"It is w/ profound sorrow, I must tell you that my life love General Chuck Yeager passed just before 9pm ET," Victoria Yeager tweeted on her husband's account.

She did not specify the cause of her husband's death.

Yeager rocketed into history by breaking the sound barrier in the experimental Bell X-1 research aircraft in 1947, helping to pave the way for the US space program.

"It opened up space, Star Wars, satellites," Yeager said in a 2007 interview with AFP.

Charles Elwood Yeager was born on February 13, 1923 in the tiny town of Myra, West Virginia, and grew up fixing pickup trucks alongside his father.

Yeager joined the Army Air Corps in September 1941, three months before the United States entered World War II, and started out as an aircraft mechanic before undergoing flight training.

Based in England, Yeager began flying combat missions in a P-51 Mustang in February 1944 and downed a German Me 109.

Yeager was shot down behind enemy lines in March 1944 but was able to rejoin his unit in England with the help of the French resistance after a harrowing trek over the Pyrenees.

He resumed combat and was credited with 12.5 aerial victories by the war's end, including downing five German Me 109s on a single day and four FW 190s on another.

Yeager booked his place in history as a test pilot when he broke the sound barrier in the rocket-powered Bell X-1 on October 14, 1947, earning him the title of "The Fastest Man Alive." 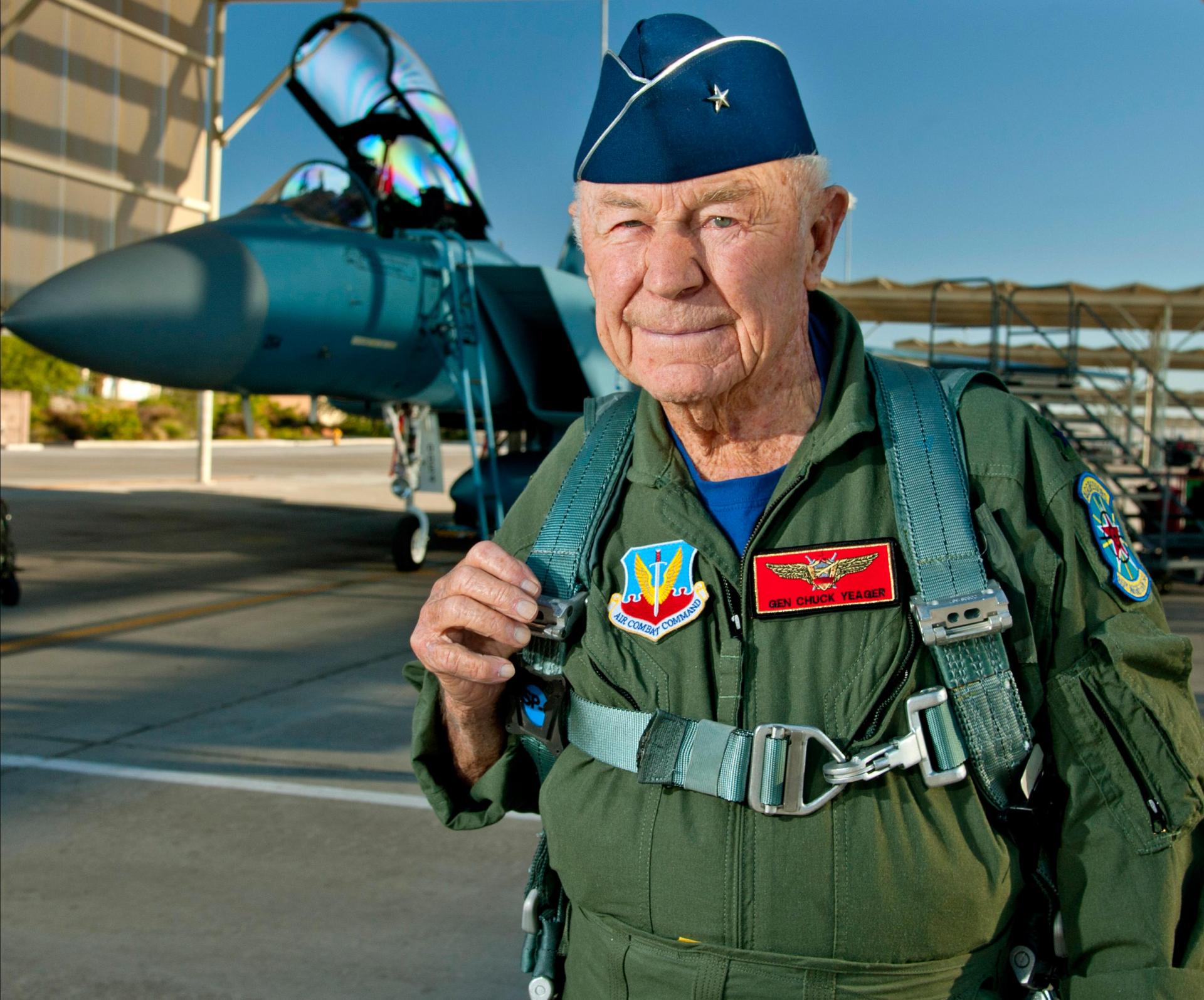 Yeager's colleague Chalmers "Slick" Goodlin, another test pilot for Bell Laboratories, once famously described the X-1 as a "bullet with wings."

It was, in fact, modelled after a .50-caliber bullet, with short wings and a pointed tip, allowing it to pierce the air more efficiently.

The aircraft, nicknamed "Glamorous Glennis" in honour of Yeager's first wife, now hangs in the National Air and Space Museum in the nation's capital.

"Get above Mach 1 as soon as you can, don't bust your butt, and don't embarrass the Air Force," Yeager said Boyd told him.

"I had done what the old man had sent us out to do," the matter-of-fact Yeager said. 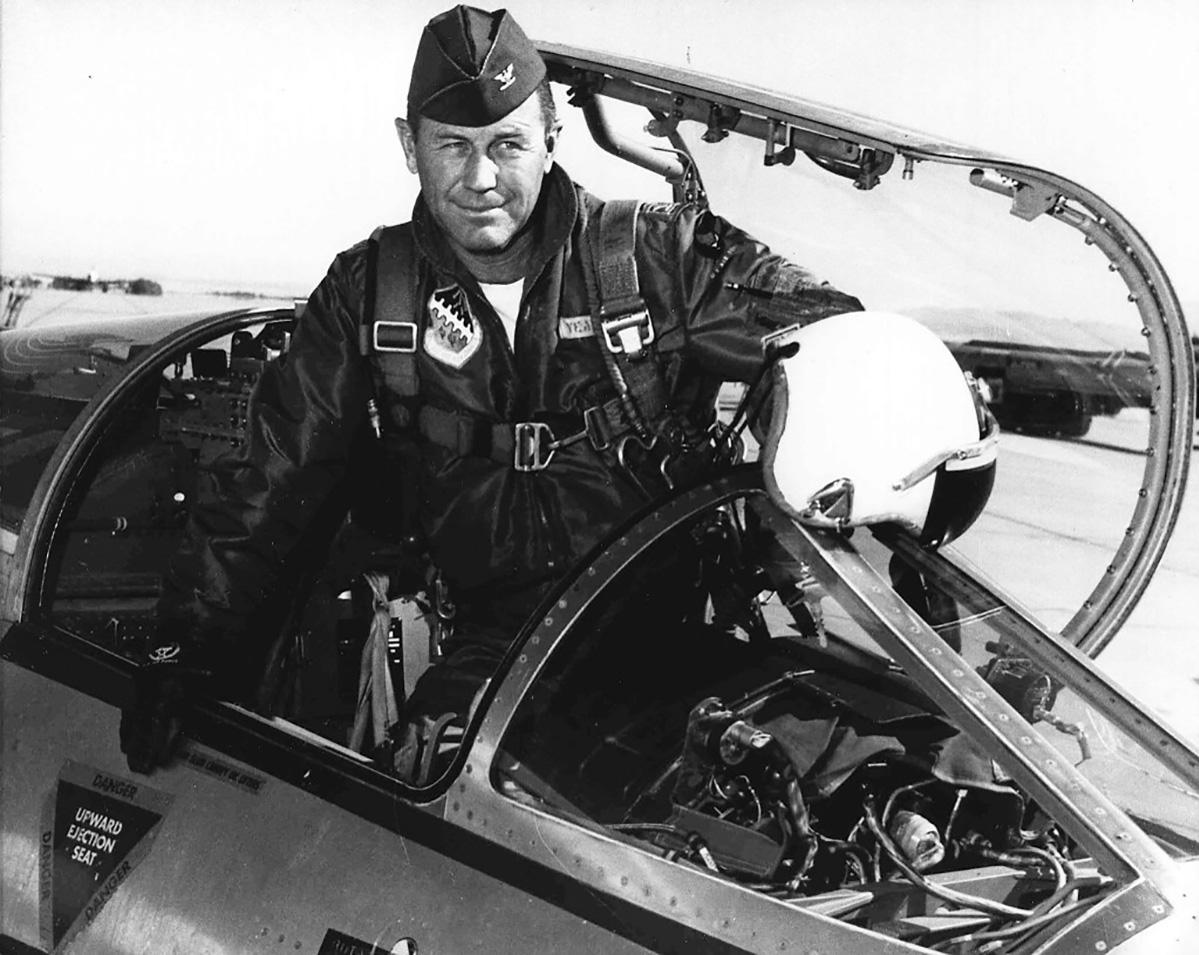 Yeager's accomplishment was depicted in the iconic 1983 film The Right Stuff based on the book by Tom Wolfe.

Sam Shepard received an Oscar nomination for best supporting actor for his portrayal of Yeager in the movie about the Mercury program astronauts.

But when National Geographic and Disney+ adapted the same material for the small screen in 2020, Yeager was left out of the series.

Yeager would go on to set numerous other flight records, but most of his career was spent as a military commander directing US fighter squadrons throughout the 1950s and 1960s.

He retired from the US Air Force in 1975 as a brigadier general having logged more than 10,000 hours of flight time in around 360 different models of military aircraft.

Yeager was inducted into the National Aviation Hall of Fame in 1973, and he kept flying into his later years, even breaking the sound barrier at age 89.