A man who allegedly tried to steal a pedestrian's bag on Sliema's promenade this evening was caught after being chased by four members of the public.

The citizens' arrest happened on Tower Road, Sliema at around 7pm.

An eyewitness told Times of Malta that four men chased the suspected thief across the sea front, with a man in a black t-shirt finally catching up to him.

The suspected thief ended up trapped after discovering that steps leading back up to the promenade had been cordoned off, the eyewitness said.

A sizeable crowd gathered as the plainclothes vigilante guarded the would-be thief on the seashore, waiting for police to arrive.

The suspect is now believed to be in police custody, although no official statement has been issued yet. 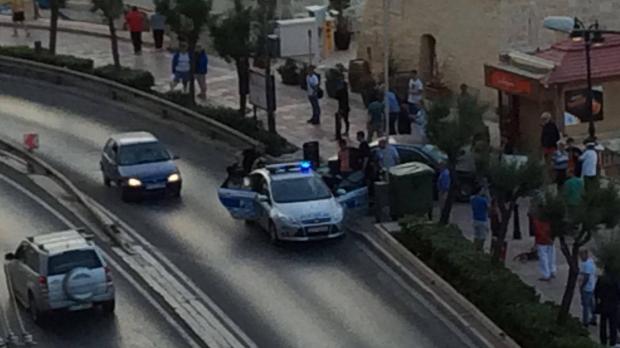 Police were soon on the scene. Photo: Phil Locke