A chatty coat of arms? According to the French, it is. Known as arms parlant or ‘canting’ arms, these shorthand emblems of identification play a visual pun on the family surname. It is up to the observer to fill in the blanks.

Bees carved into a limestone coat of arms, atop a façade in Għarb, reveal the occupant’s family name to be Apap − ape is Italian for a bee. 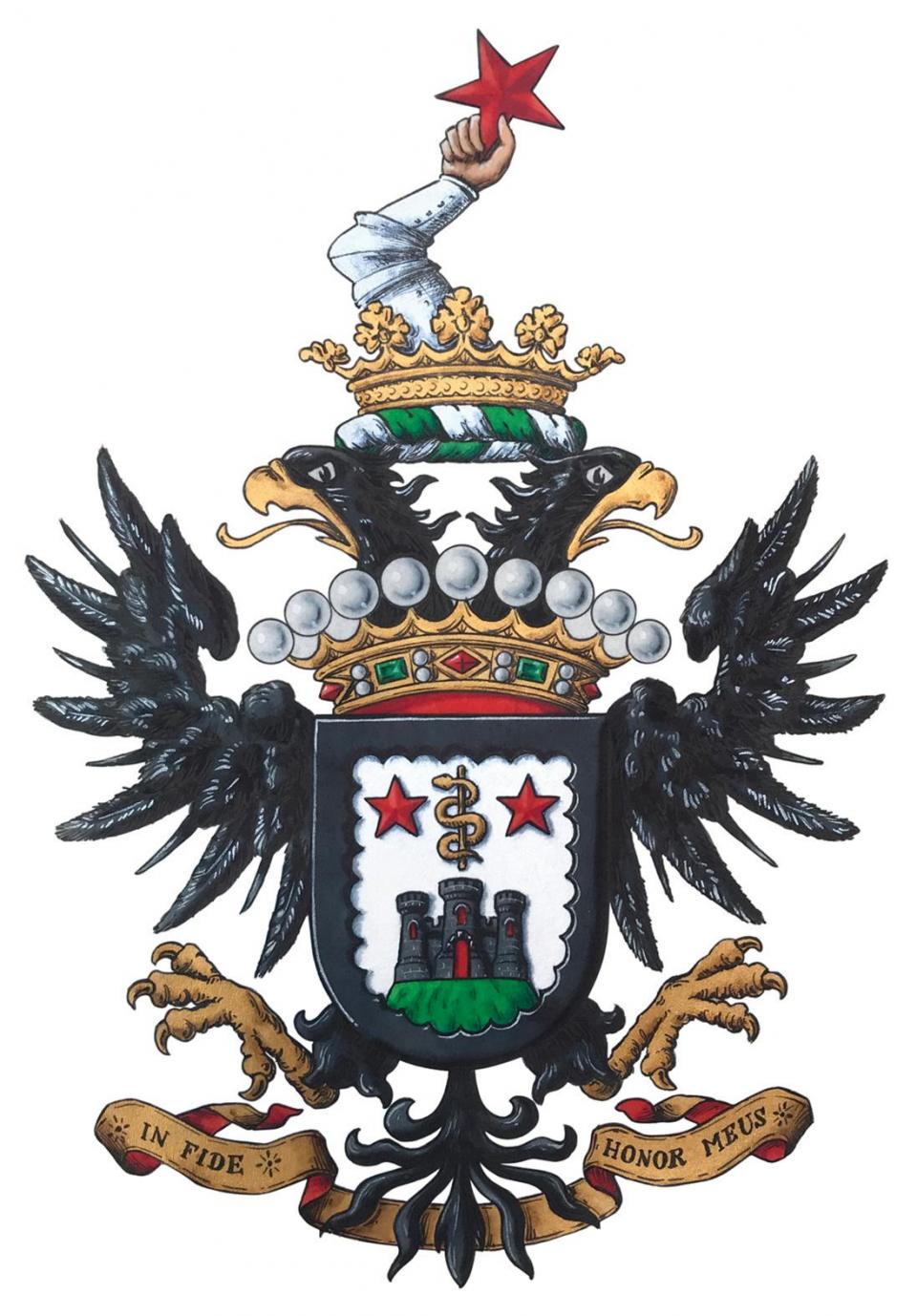 The coat of arms of Lieutenant Colonel Count Charles A. Gauci, the new chief herald

Naturally, an olive tree features prominently in the coat of arms for the Testaferrata Olivier family and a pear tree for the de Piro coat of arms.

A cat is the obvious choice for the Caruana Gatto family (cat being the literal translation from the Italian gatto) and no prizes for guessing the symbol used by the Fontani family. Take a stroll through the noble streets of Mdina and Valletta and look up. Some walls do talk!

Better still, get up close and personal with the language of heraldry in a masterclass on the subject being held this week and get to order your unique coat of arms.

Associated with the pomp and circumstance of pageantry, a seemingly archaic relic from the age of chivalry, the use and study of coats of arms, better known as heraldry, has, over the years, expanded and gained an institutional presence in various countries around the world.

Despite Malta’s rich abundance of armorial bearings, there has never been a central authority regulating the granting of coats of arms until quite recently, with the establishment of the Office of the Chief Herald of Arms of Malta, based at the historic Fort St Elmo, in Valletta.

Heraldry originated in the form we know today in the second quarter of the 12th century. Encased and broiling in their suits of steel, locked into a dusty, swirling melee of sword and steed, it would have been challenging to identify combatants on the battlefield were it not for the heraldic shields of their opponents. 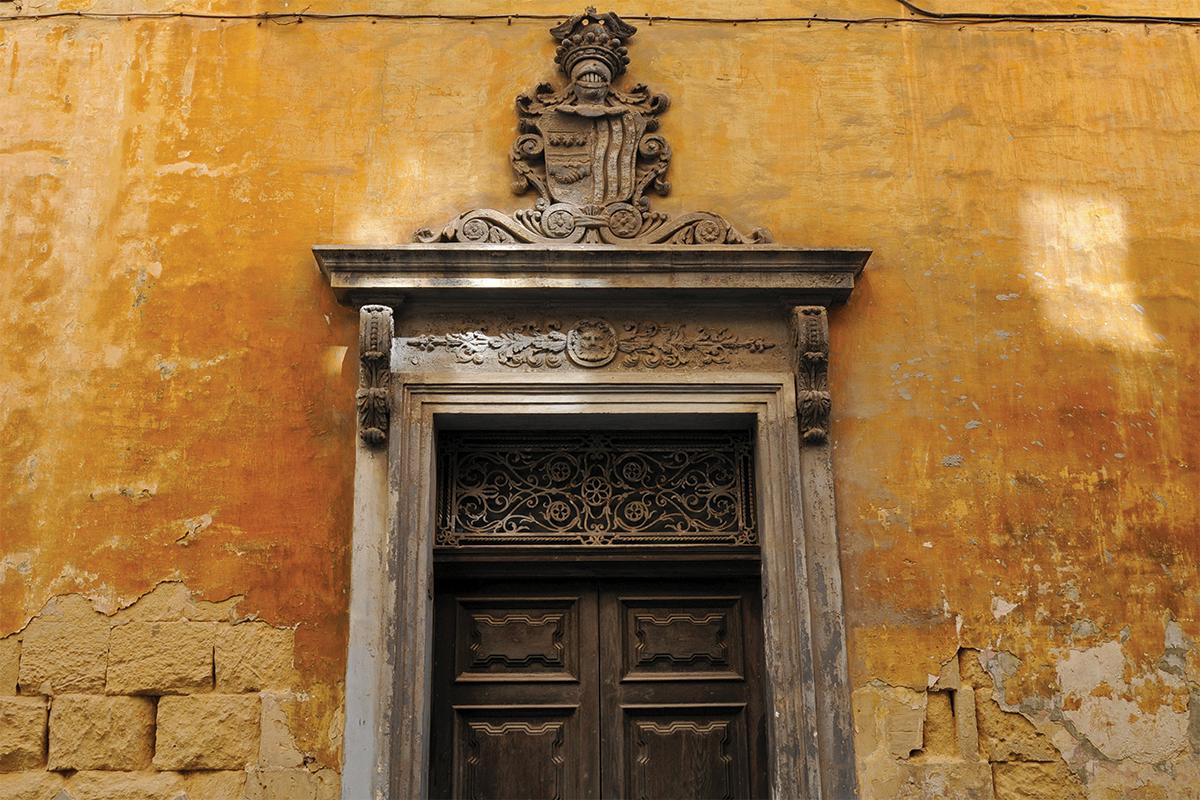 An ornate doorway in Valletta, featuring a coat of arms above the cornice. Photo: Shutterstock.com

These insignias of distinction and pedigree emblazoned on the fluttering banners, held aloft over the bloody skirmishes of warfare, have evolved into the corporate images of today’s universities, banks and national institutions. They are present-day status symbols of prestige, lineage and respectability. 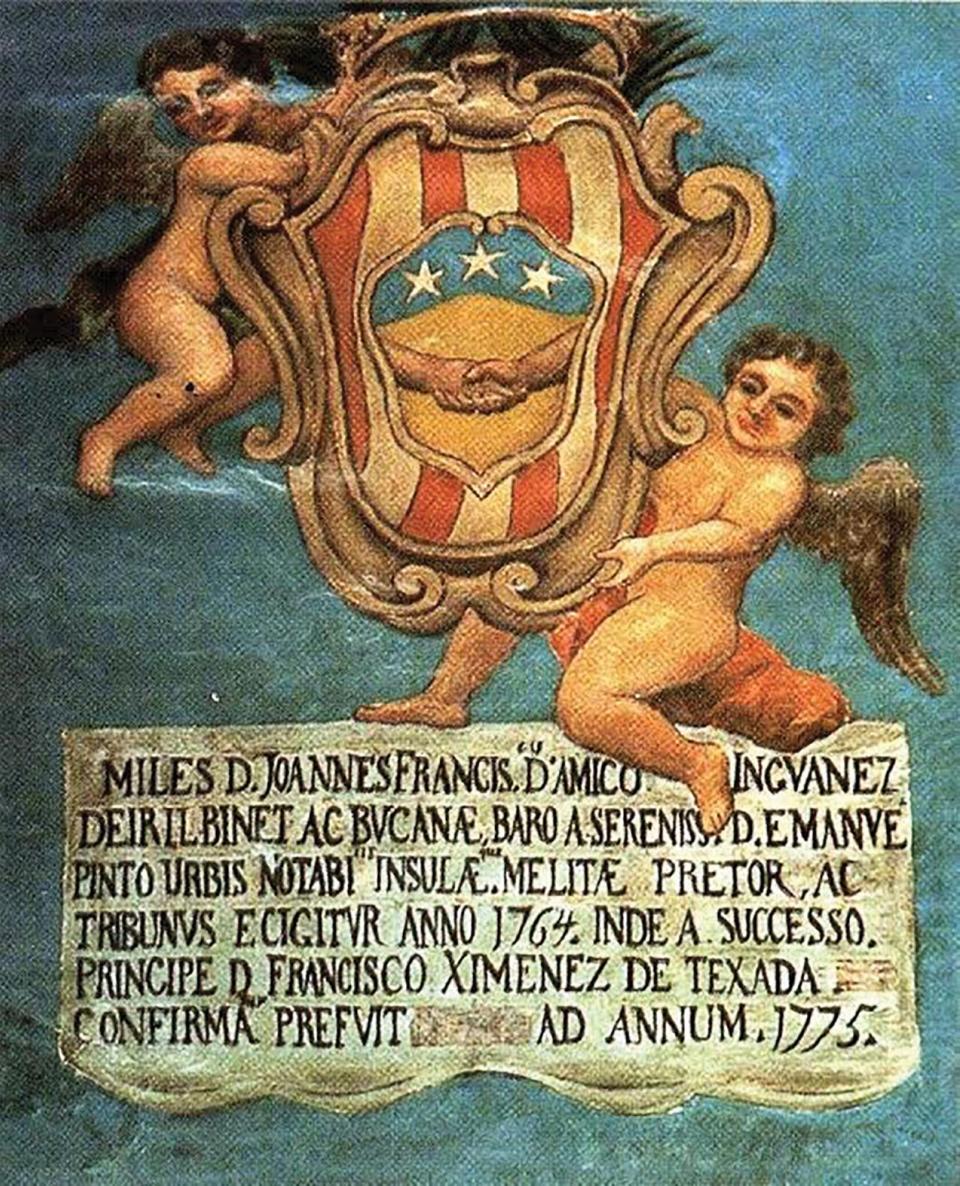 The coat of arms of the D’Amico Inguanez family

In an age of gross illiteracy, heraldry developed its own language known as ‘blazon’. Originating in medieval France, the various visual elements on a coat of arms eliminated the need for words. A lozenge-shaped shield, for example, indicated that its owner was female and a wreath of flowers showed that she was unmarried. Conversely, helms or helmets were reserved for males as women did not normally ride into battle. The presence of a linked chain signalled adoption, while the number and colour of cascading cords and tassels in ecclesiastical heraldry illustrated the status of the prelate concerned.

The first title of nobility in Malta, that of Baron of Fiddien, was granted to the Santa Sofia family in 1287. Under the Knights of St John, most of the nobility’s wealth was gained through corsairing, slave trading and wheat importation. Having amassed a substantial degree of coin, men on the make invested it in land, approached the Grandmaster, purchased a title and adopted a coat of arms.

Under Napoleon, the nobility was abolished and most noble patents were burned. Along came the British, who, perplexed by the discovery of an indigenous European elite, set up a Royal Commission to investigate this conundrum, which led to a report in 1878 institutionalising the Maltese nobility. Other noble titles were subsequently created. 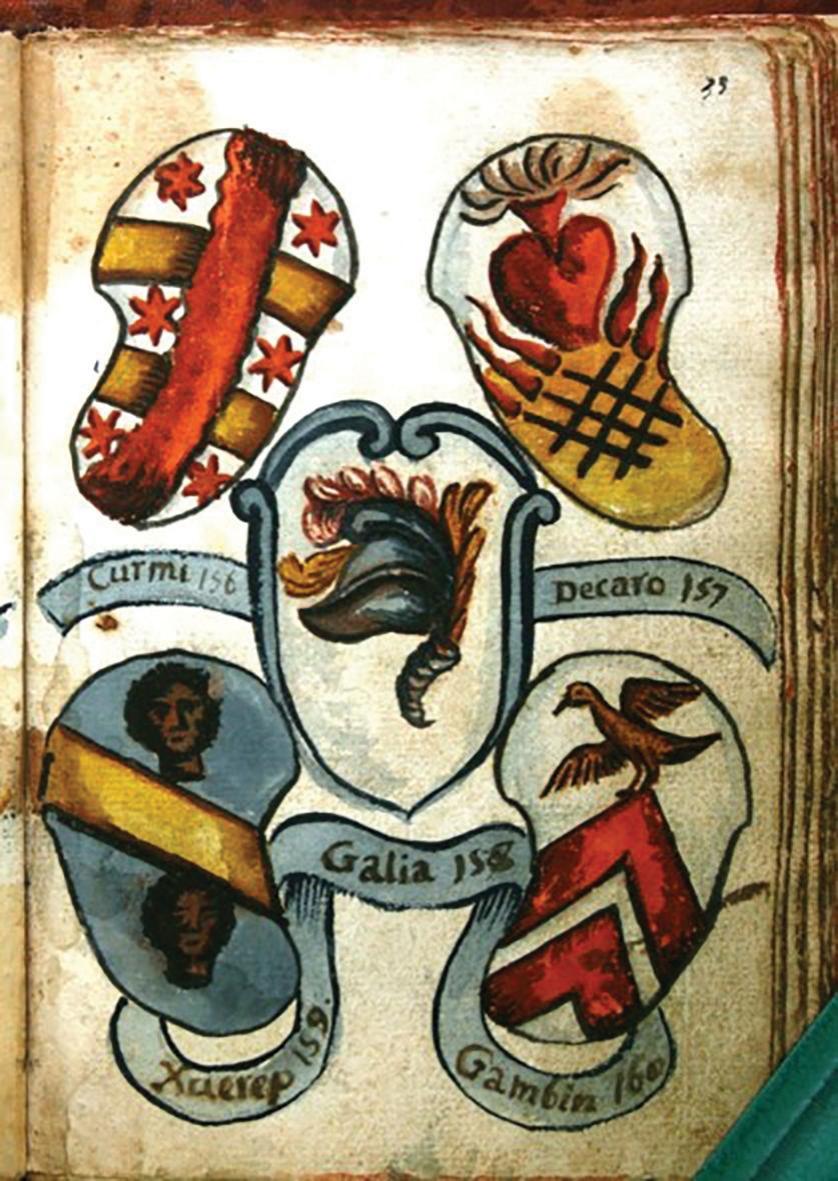 The Ġieħ ir-Repubblika Act of 1975 undid all that. However, the good news is there is no Salic law in Malta, which insists on male transmission. Being the intrepid and wily nation we are, Maltese titles never seem to become extinct.

Now, with the establishment of a national Office of the Chief Herald of Arms of Malta, it is possible to adopt heraldry officially and to use its conventions to portray a person’s or institution’s heritage, achievements and aspirations.

So swot up on your escutcheons, crests and supporters and marshall yourself in front of Heritage Malta’s Facebook page for a free masterclass on heraldry, which will be streamed tomorrow at 6.30pm.

The chief herald of arms of Malta, Charles A. Gauci, will lead an online masterclass on heraldry on the Heritage Malta Facebook page on Tuesday, May 4 at 6.30pm. 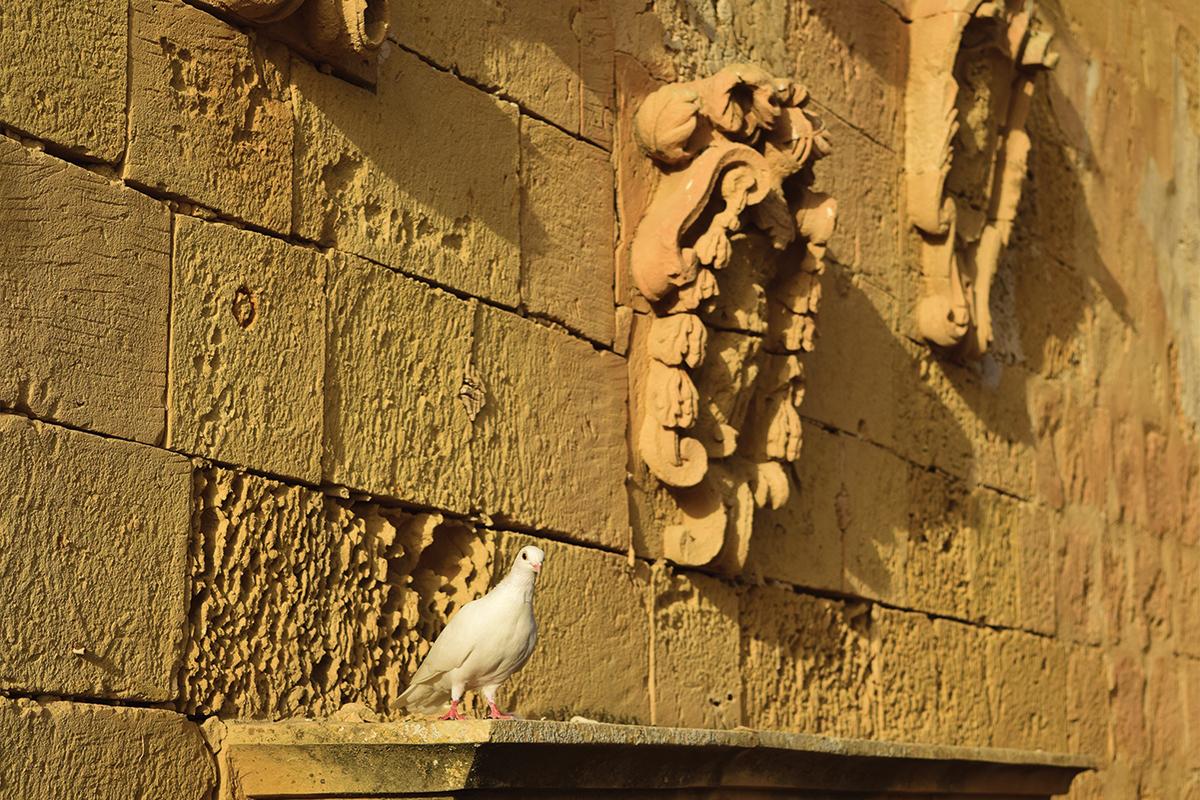 Coats of arms on a wall at The Citadel, Gozo. Photo: Shutterstock.com