The collapse of yet another building was symptomatic of a situation that was totally unacceptable in a civilised country and which had to be addressed forthwith, the Malta Chamber said.

Expressing shock at the collapse of the Mellieħa building on Saturday, it noted that in May, it applauded the authorities for launching the Considerate Construction Scheme aimed at raising professional standards in the building industry. 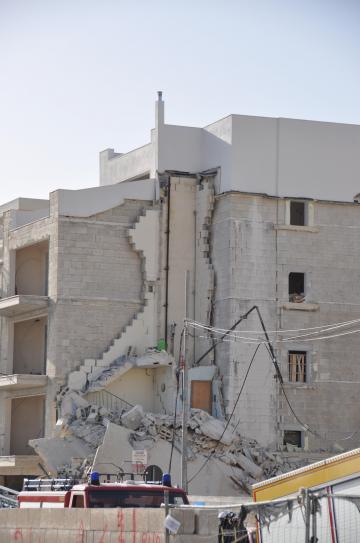 The scheme had been promoted with the authorities by the chamber, as it fell squarely in line with the its economic vision.

The chamber said on Saturday its view on the matter remained unchanged, as it advocated a high-quality economy where mediocrity and sub-standards were replaced with a culture of excellence, and where the current “good enough” attitude was replaced by “nothing but the best”.

“The situation is now dire, and no more time can be wasted. The ethical standards and quality of our construction industry need to be raised immediately and brought in line with those in other developed countries. Our islands and our citizens certainly deserve no less,” it said.

The chamber said it was considered neither ethical, nor professional to proceed on the basis of what had been witnessed in the very active building economy in Malta over the last years.

Responsibilities had to be shouldered by all, while the rights of innocent third parties needed to be protected at all times.

Hence the urgency for a unified building authority that looked at the industry comprehensively and qualitatively was now most evident.

Given recent events, the chamber called on the authorities to act fast, and even consider going beyond the voluntary nature of the scheme to ensure proper high quality practices in the industry.

“Otherwise, the launch of the Scheme would have been nothing more than a farce,” it said.