Vitals Global Healthcare should have been disqualified from bidding for the takeover of three state hospitals, an investigation by the national auditor has found.

It said VGH should have been barred because of “collusive behaviour” between the government and the company through a secret agreement made before the tender was even issued.

The damning report found a succession of serious shortcomings in the process to award VGH a 30-year concession to run Gozo General, St Luke’s Hospital and Karin Grech hospitals despite having no prior experience.

The report by Charles Deguara – the first of three on the 2015 deal – also found:

Responding to the report, Prime Minister Robert Abela said political responsibility had already been shouldered with the "dismissal of the former minister who had been responsible for the project".

He said his government would ensure that in future competition processes, the shortcomings highlighted would "not be repeated".

However Opposition leader Adrian Delia said the concession, currently run by US concession Stewards Health Care, should be nulled and criminal investigations launched into all those responsible.

Vitals crashed out of the concession two years after taking over, when the investors failed to raise the required financing to see the project through. US company Steward Health Care then took on the deal.

The audit was first triggered back in 2016, when the Union Ħaddiema Magħqudin – Voice of the Workers (UĦM) and the Medical Association of Malta, submitted a requested an investigation of the contracts awarded by government to VGH.

The hospitals deal, worth around €1 billion, is also the subject of an ongoing magisterial inquiry into alleged criminal negligence by Finance Minister Edwards Scicluna, and former ministers Chris Cardona and Mizzi.

Read the full report in the pdf at the bottom of the article. 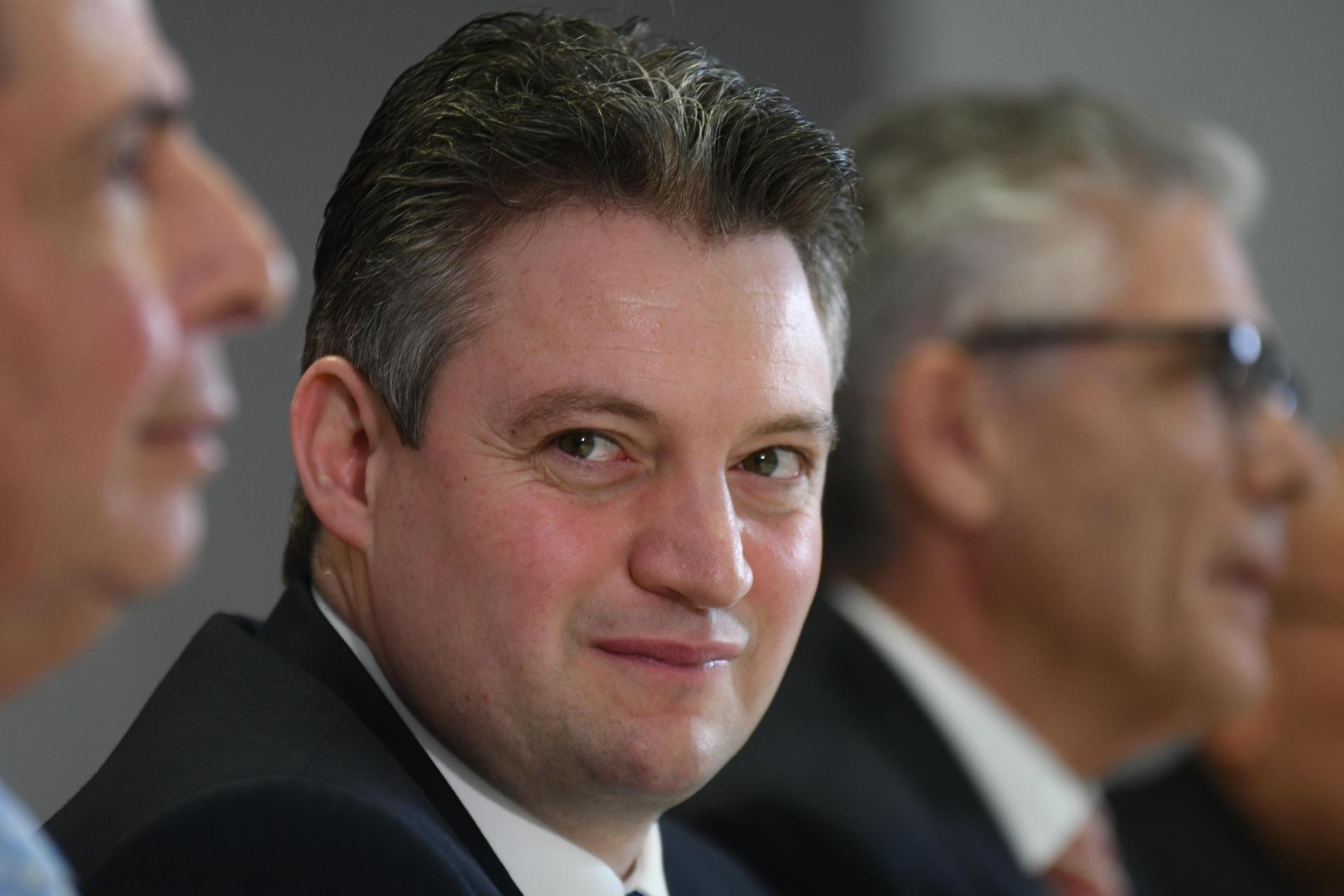 The NAO singled out Mizzi for particularly blunt criticism.

It noted with “concern” that “no ministerial authorisation was sought or provided for” in relation to the concession.

This, the audit found, “resulted in the anomalous scenario” where three public hospitals were privatized “without anyone actually assuming responsibility for the decision”.

The NAO says that this “failure in governance rests squarely” on Mizzi “and to a lesser extent” the permanent secretary of his ministry, Ronald Mizzi, and "further attests to the pre-determined nature of this concession".

It said the health division within the ministry, at the time also headed by Mizzi, was not “appropriately involved”.

The audit found that the Finance Ministry, headed by Edward Scicluna, was not consulted regarding the payment hat was to result from the concession.

The authorisation of Cabinet was similarly not sought prior to the issuance of the request for proposals. 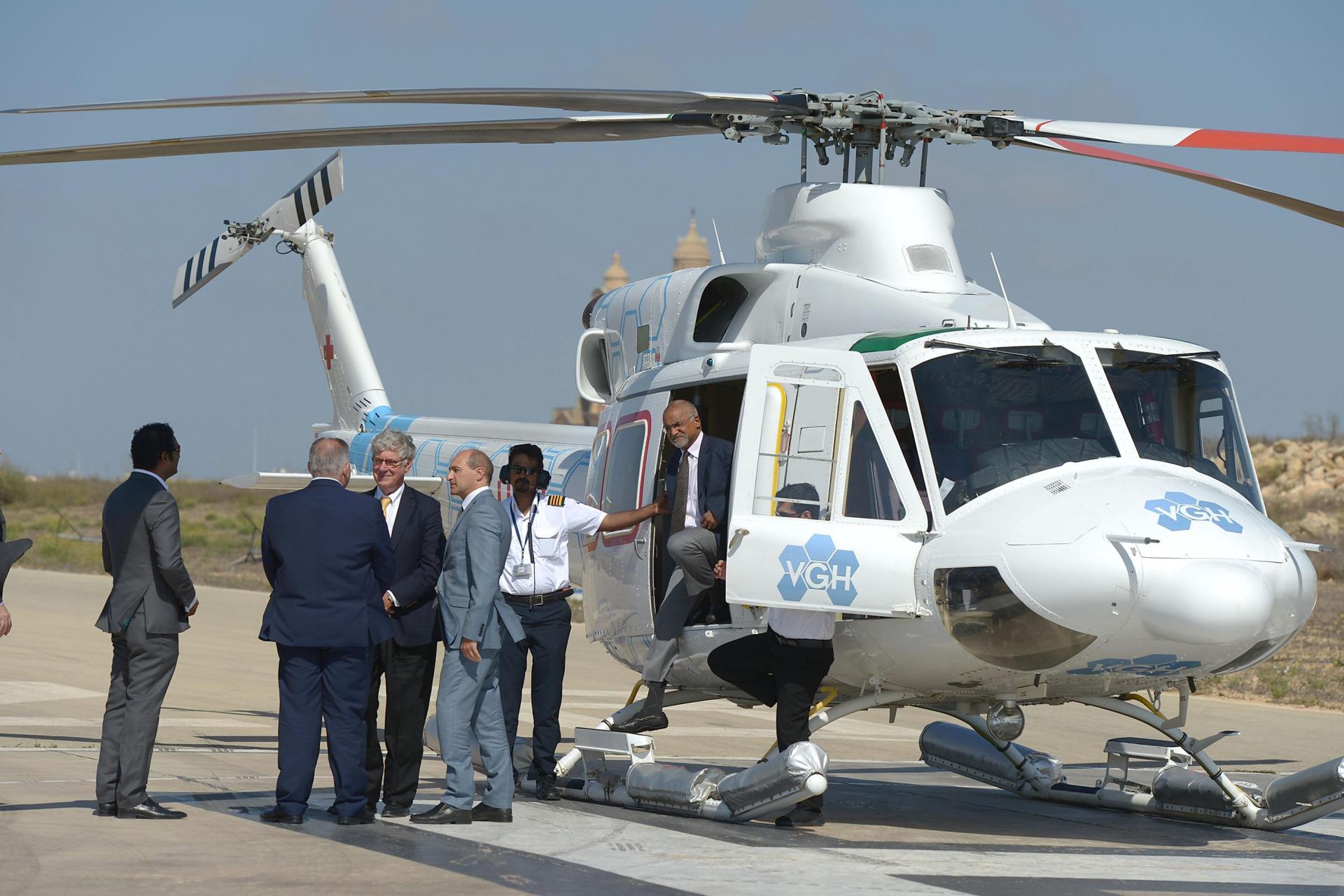 The NAO says that an agreement that government officials entered into with VGH investors prior to the public calls, had “drawn attention”.

Back in 2018, Times of Malta exposed how a Memorandum of Understanding with people linked to the controversial hospital concession was signed in October 2014, a full six months before the government even published a request for proposals for running of the public hospitals.

The NAO found that the overlap between this agreement and the concession was clear and “created major doubt and concern regarding the integrity of the eventual concession”.

“This casts a dark shadow on the validity of the concession awarded by government, for in effect, all appears to have been predetermined to ensure an already agreed outcome,” the report found.

The NAO says its concerns were heightened when the government was reluctant to even provide a copy of the agreement to the auditors.

“The NAO is of the opinion that the agreement provided grounds for the disqualification of VGH from the request for proposals,” the Auditor General remarked.

A letter issued by the Bank of India sanctioning funding for the “Malta Healthcare Projects” and put forward by the VGH in respect of the bid was dated 13 March 2015.

That was well before the government’s publication of the request for proposals on 27 March 2015.

The NAO deemed this document as “definite evidence” of the VGH’s prior knowledge of the planned project and proof of collusion with government, or its representatives. 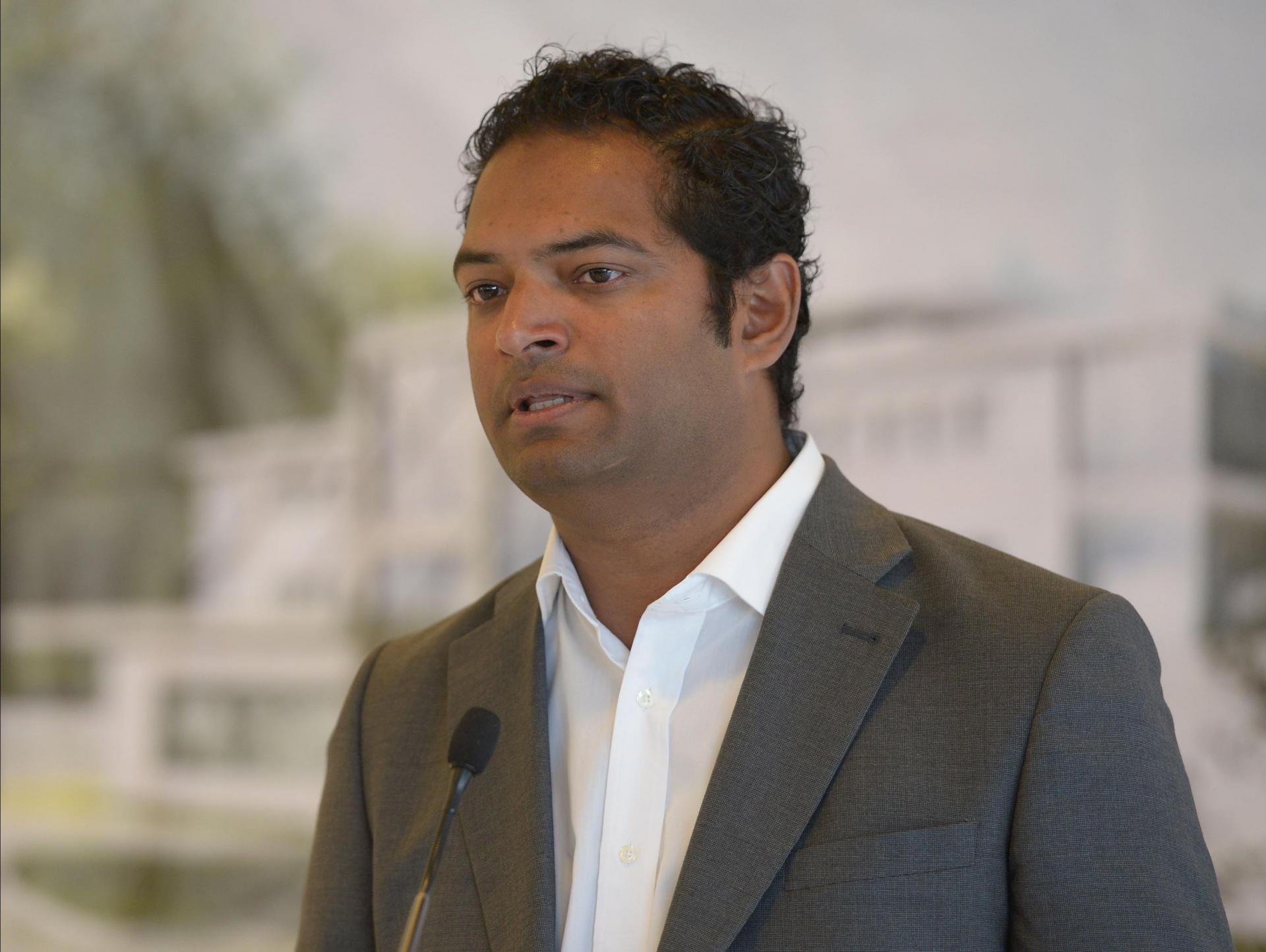 Although the bid submitted by VGH satisfied all the requirements set by the government, this NAO is of the opinion that the bid was “essentially robust in form but flawed in substance”.

Other notable shortcomings identified by the NAO related to the professional and technical elements of the bid by VGH.

The NAO noted that the business experience cited by VGH was not attributable to it, but to the holding company Oxley Group or its strategic partners, or to partners that the VGH had involved in the project.

And, the experience cited for Oxley Group mainly related to real estate investment trusts and funds, asset management and financing.

In one of the most scathing passages published on Tuesday, the NAO says that the feasibility assessment, which ought to have established the basis for government’s decision to concede the hospitals, was “bereft of any form of independent analysis or critical thought”.

The audit report described the feasibility assessment as “a preliminary and superficial analysis of the possible concession of three of Malta’s public hospitals”.

Furthermore, several shortcomings were noted in the design of the request for proposals.

The most significant shortcoming, according to the auditor, was what was described as “subjectivity” of the evaluation criteria and the term set for the concession.

This, the NAO said, should have been established based on analysis and not in “the arbitrary manner that it was”.

The NAO said it was “obvious” that the time frames that VGH committed to meeting for the redevelopment of the hospitals were “overly ambitious and unrealistic”.

Similarly, “overly ambitious” were the projections made concerning medical tourism, particularly when considering that it was this revenue that was to render the project feasible, the audit concluded.

The company was also found wanting when it assessed the evaluation of the overall project.

The bid by VGH was assessed by the government’s Evaluation Committee in terms of its commercial, technical and financial strength, and the degree to which it exceeded the minimum requirements specified in the request for proposals.

The audit concluded that the evaluation carried out was “lacking in terms of critical analysis, with several parts of the evaluation report merely a restatement of the bid by VGH.”

Furthermore, the NAO maintains that the marks assigned in relation to the technical and operational component of evaluation were “not entirely merited”. 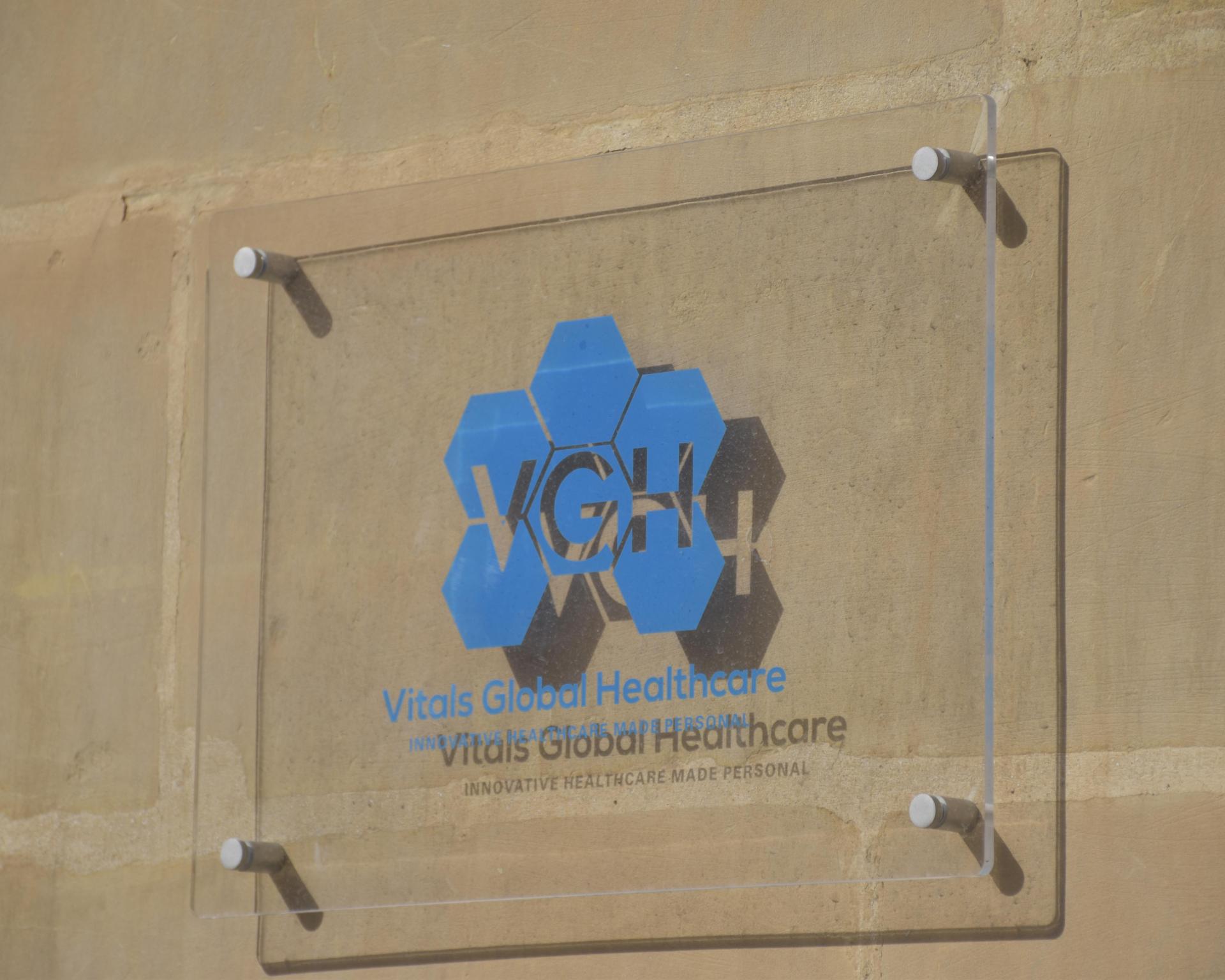 Concerns emerge in the Evaluation Committee’s assessment of the financial soundness of the VGH, its professional and technical qualifications and management experience.

The key financial assumptions that underpinned the viability of the project and cost comparisons between rates proposed and those incurred by the government were also questioned.

Although the shortcomings related to the evaluation process remain, these must be acknowledged in terms of the broader and far more significant concerns relating to the integrity of the entire procurement process, the NAO found.

“The evidence indicating collusive action between the parties acting on behalf of the government with the investors of the VGH renders the entire process dubious, irrespective of whether the process was in adherence with procedural and regulatory requirements,” the report found.

The auditor concluded that it is reasonable to expect that the process of evaluation would include an element of due diligence on any bidder.

The NAO is of the opinion that the due diligence carried out by the government on VGH as the preferred bidder to run three public hospitals was “grossly inadequate”.