Deckchair and umbrella operators at the Blue Lagoon in Comino have already been fined €11,500 this summer, but this “may not be enough”, Tourism Minister Edward Zammit Lewis told the Times of Malta.

“This situation of abuse simply cannot be tolerated. We are receiving a substantial number of complaints from visitors and are taking this very seriously,” Dr Zammit Lewis said.

Complaints about beach operators placing deckchairs and umbrellas beyond their allotted spots and overcharging visitors were flagged to the authorities earlier this week. 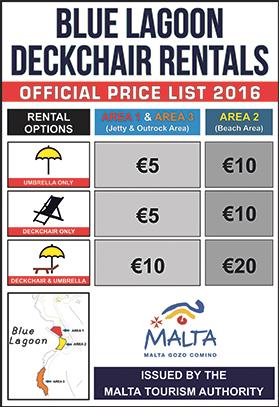 Dr Zammit Lewis said that the fines imposed this summer, already 60 per cent higher than last year’s total, were not the only option open to the authorities to combat abuse.

He warned that the three-year concession agreements between the government and four operators could be revoked in case of repeated and serious breaches of the conditions.

“There is a procedure to be followed, and I assure you that, if the abuse persists, then further action will be taken.

“I do not exclude revoking concessions,” he said.

Dr Zammit Lewis said the matter was particularly worrying because it could leave a bad taste for tourists visiting Malta. “We market Comino as a quality destination, but the reality is not meeting tourists’ expectations, and this is worrying for the whole industry and the island in general,” he said.

Enforcement would immediately be beefed up, with more Malta Tourism Authority personnel being deployed to monitor operators on Comino.

We market Comino as a quality destination, but the reality is not meeting tourists’ expectations,and this is worrying for the whole industry and the island in general

Official figures show that about 20 inspections have been made since last month. A total of 34 inspections were made last summer. 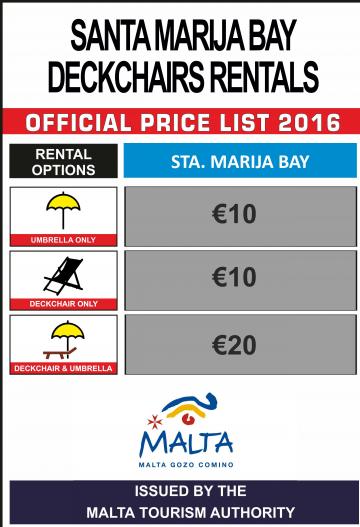 According to the MTA, spending the day on Comino with a beachside deckchair and umbrella should not cost more than €20.

The MTA published the official price list for umbrellas and deckchairs for the Blue Lagoon beach, as well as its jetty and outrock area and a separate list for the nearby Santa Marija Bay.

Umbrella and deckchair providers, the regulator said, were legally bound to stick to the listed prices and to issue fiscal receipts.

Contracts signed following a 2015 call for tenders also stipulated the maximum number of deckchairs that operators were allowed to place on each bay.

Signs listing the maximum allowed prices would soon be posted at both the Blue Lagoon and at Santa Marija Bay, the MTA said.