Works on the dust road leading to Comino’s Blue Lagoon were stopped earlier last month by the Environment Resources Authority due to damage on the surroundings and the permit application is still under review.

The authority said it gave the contractor a verbal Stop Order to halt works in the sensitive Natura 2000 site because they were “not satisfactorily contained within the indicated area and impacted on its surroundings”.

It subsequently requested the submission of a nature permit application that is still being assessed.

The road project on Comino was first flagged by independent candidate Arnold Cassola, who described it as “the destruction of Blue Lagoon with infrastructural works to build hamburger and granita kiosks”.

Concern was raised among environmental NGOS, with Din l-Art Helwa commenting that “no place is safe” and Friends of the Earth Malta condemning the “illegal” works and alerting the authorities that they were happening on ODZ land and did not have a permit.

Marine biologist Alan Deidun has also joined the fray, calling for the infrastructural works to be stopped.

The sobering part of it all, Deidun said, was that the existing track has already been widened, trenches have been excavated and most of the heavy-handed interventions executed, such that “it is virtually impossible to ecologically restore the scarred areas in the short term”.

Referring to “one of the oldest tricks in the book” resorted to by perpetrators of unauthorised infrastructural works, the authorities would now be faced with “the Hobson’s choice of endorsing half-baked projects or sanctioning the fully-fledged intervention”.

ERA has explained it had not objected to the project, subject to appropriate mitigation measures, and had issued clearance in accordance with conditions, including the containment of works and avoidance of overspills onto the surroundings.

It was informed that works would start at the beginning of February. But in view of the “extensive spill”, the Authority requested the nature permit to ensure proper project management and the rehabilitation of impacted areas.

The application for the resurfacing of a passageway includes underground infrastructure, leading to the fear that services are being passed for kiosks, which could become a permanent fixture on the Natura 2000 site.

In highlighting the illegal road works, FoE Malta director Martin Galea De Giovanni had said there were “cowboys everywhere you look”, calling on Environment Minister Aaron Farrugia to put a stop to these “abusive trends that are undermining the environmental and planning regulations to the detriment of our environment and well-being”.

Asked whether it would be intervening, the ministry said it was informed that “the works at Blue Lagoon were undertaken by way of emergency in relation to public safety carried out by the government” and, therefore, deemed not to require a development permit.

It also emphasised that the minister did not interfere with the functions of the regulator, pointing out that since the site fell within a Natura 2000 zone, the necessary clearance from ERA was sought.

The Environment Ministry was aware the requested permit application was still being assessed, and its Gozo counterpart, responsible for the “access road” project, insisted “works were and will be conducted following clearance from the relevant authorities”.

The Gozo Ministry’s justification for the resurfacing of the existing passageway and quay with exposed aggregate concrete is based on the grounds of “ensuring a suitable surface for pedestrians” eliminating “an existing danger” of the road caving in.

It also said the path formed part of a “pre-established network for vehicular transit” on Comino and was essential for access to the Blue Lagoon, adding that it was formed of beaten fill that has “greatly degraded over the years, necessitating immediate intervention”. The ministry said that no tarmac or cement will be used in the current intervention. 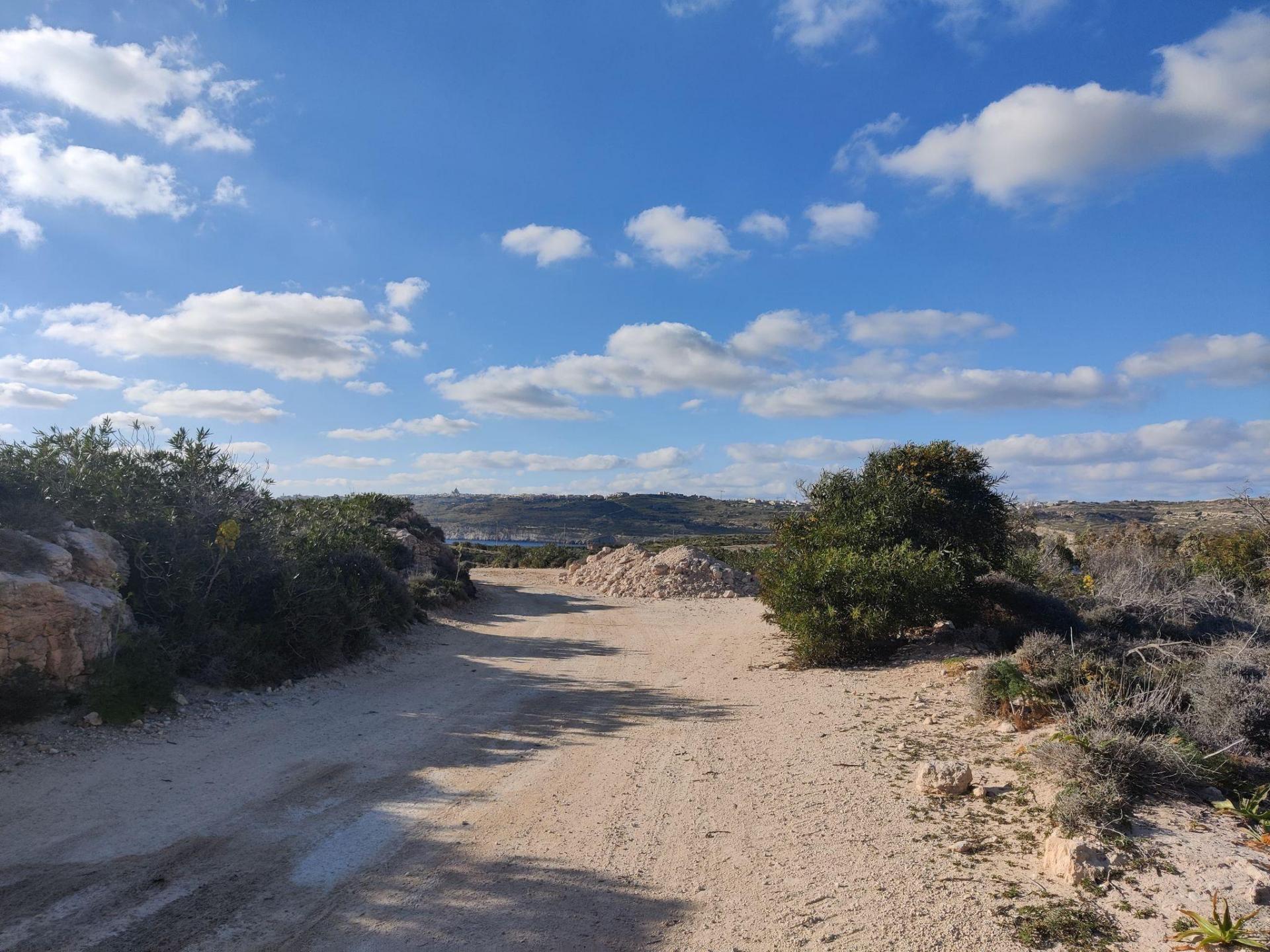 Photo: Friends of the Earth

But FoE Malta has rubbished the pre-established network claim, saying there is no such thing as an established road network on Comino.

Contrary to the impression given by the Gozo Ministry on clearance from the relevant authorities, Galea De Giovanni has pointed out that not only was an outline application still pending since 2018, but also that the case officer’s report recommended refusal, based on the proposal’s lack of information for a complete assessment in terms of environmental and landscape requirements.

Being only an outline development application, works could not have been started even in the case of approval, he highlighted.

Quoting the Superintendence of Cultural Heritage in the case officer report, Deidun said it had pointed out that the application proposed “considerable intensification and formalisation” of the area, impacting on the scenic context and promoting vehicular traffic.

The environmental activists have questioned the services that would be passed through the trenching, expressing concern that utilities would be provided to the kiosks in an attempt to legitimise illegal commercial activity.

But the Gozo Ministry said that no fixed kiosk was being planned for the Blue Lagoon.

The ministry also said that a low culvert was being dug to eliminate the use of electricity generators and the existing quay structure was being strengthened because erosion had rendered it unsafe for passengers.

The environmental activists insisted that Natura 2000 site means Comino, rich in biodiversity, is protected by regulations and bound by a management plan.

Among other things, this demands mitigation measures to prevent damage to protected habitats and rare, endangered species during construction works, including that of roads.