The European Commission has suggested four possible scenarios for the future issuance or withdrawal of 1 and 2 euro cent coins. 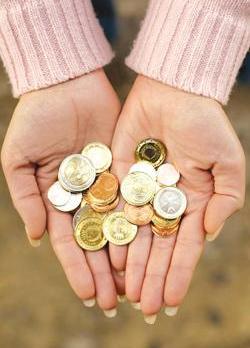 A Communication adopted today responded to a request from the European Parliament and the Council of Ministers to investigate the use of the 1 and 2 euro cent coins against the criteria of costs and public acceptability. The conclusions of the exercise largely focussed on the cost-benefits of producing and issuing the coins and the attitude of the general public towards the coins.

“The Commission consulted business and consumer associations, treasuries, mints and central banks on the pros and cons of continued issuance of the 1 and 2 cent coins,” said Olli Rehn, Commission Vice-President for Economic and Monetary Affairs and the Euro. “We will now take forward this discussion with stakeholders and Member States and see whether a clear preference emerges on which to base a legislative proposal.”

The Commission structured its analysis around four possible scenarios:

Issuance at reduced costs: The coins continue to be issued but issuance costs are reduced through changing the material composition of the coins or by increasing the efficiency of the coin production, or both. This would address the problem confronting most euro area Member States facing losses as a result of issuance costs far exceeding the face value of the coins.

Quick withdrawal: Under this scenario, the issuance of these denominations ceases and the coins in circulation are withdrawn, mainly through retailers and banks within a pre-established short time period. Binding rounding rules would apply as of the first day of the withdrawal period and the coins would cease to be legal tender at the end of the withdrawal exercise.

Fading out: This scenario has the effect of a withdrawal, but achieves it in a different way. While the issuance of coins would cease and binding rounding rules apply also under this scenario, the coins would remain legal tender. They could still be used, but only for payment of the rounded final sum. Since no new coins would be issued, they would be expected to disappear gradually from circulation due to their high loss rate and lack of attractiveness as convenient payment means.

The Commission said a number of key conclusions could be drawn from the stakeholder consultation and the analysis:

"The production of 1 and 2 cent coins is clearly a loss-making activity for the euro area with the difference between the face value of the coins and the price paid by the state to get them pointing at an estimated total cumulative loss of €1.4 billion since 2002.

"The attitude of the general public is rather mixed: while people are attached to these small denominations and fear the risk of inflation if they were to disappear, they handle these coins as non-value items and do not re-circulate them in payment channels. The resulting high loss rate combined with the existence of psychological prices leads to an ever-growing demand for issuance of new small coins, which today represent nearly half of the coins in circulation," it said.

"While the economics of issuing 1 and 2 euro cent coins would plead for discontinuing issuance, cost elements need to be balanced against other considerations, notably the negative reaction from the general public that rounding rules could trigger."

The Commission said further talks with all the relevant stakeholders are needed on the basis of the four scenarios described. Should a clear preference emerge, the Commission will make the necessary legislative proposals.