As the authorities prepare to clamp down on road safety violations by e-scooter riders, Times of Malta looks at their pros and cons and how other countries tried to strike the right balance.

Scooter-sharing systems have sprung up in cities worldwide with their popularity as an easy, personal transport solution growing steadily in recent years.

In Malta, users say they love them for their convenience, affordability and fun. But critics say they have become a menace for motorists and pedestrians alike. The PN has said it will hold a public consultation on how e-scooters should be regulated.

Anyone who spends time in bustling urban areas like Sliema and St Julian’s will have seen them gliding silently or zipping between pedestrians and through traffic.

The sight of them abandoned on the street, propped up against walls, or blocking garages has added another layer of clutter to the country.

And as users venture out onto major thoroughfares, other questions have been raised about their safety and how these alternatives to the personal car can fit into insurance and road safety rules.

Legislative reform in the offing

As complaints mount, a spokesperson for the transport watchdog said the regulator is drafting a rewrite of the law to allow for better enforcement of traffic rules for scooter users.

“Transport Malta is in touch with the enforcement authorities, the police and [wardens’ agency] LESA to enforce on e-scooters,” the spokesperson said.

“At present, only the Malta Police Force and LESA are empowered to enforce any irregularities.”

She added that Transport Malta is in the process of amending the law to allow its officers to enforce the law.

Meanwhile, the transport ministry has held meetings with the Malta Insurance Association and the Malta Local Councils Association to find solutions and is expected to make an announcement later this year.

Regulations on e-scooters vary around the world.

In the UK, riding on a road can cost users six penalty points to their driving licence.

Riding in areas reserved for pedestrians is also subject to a £300 on-the-spot (€356) fine. Some ride-hailing apps in the UK require users to take a photo of the securely parked scooter to ensure against dumping, which has become the scourge of local authorities. 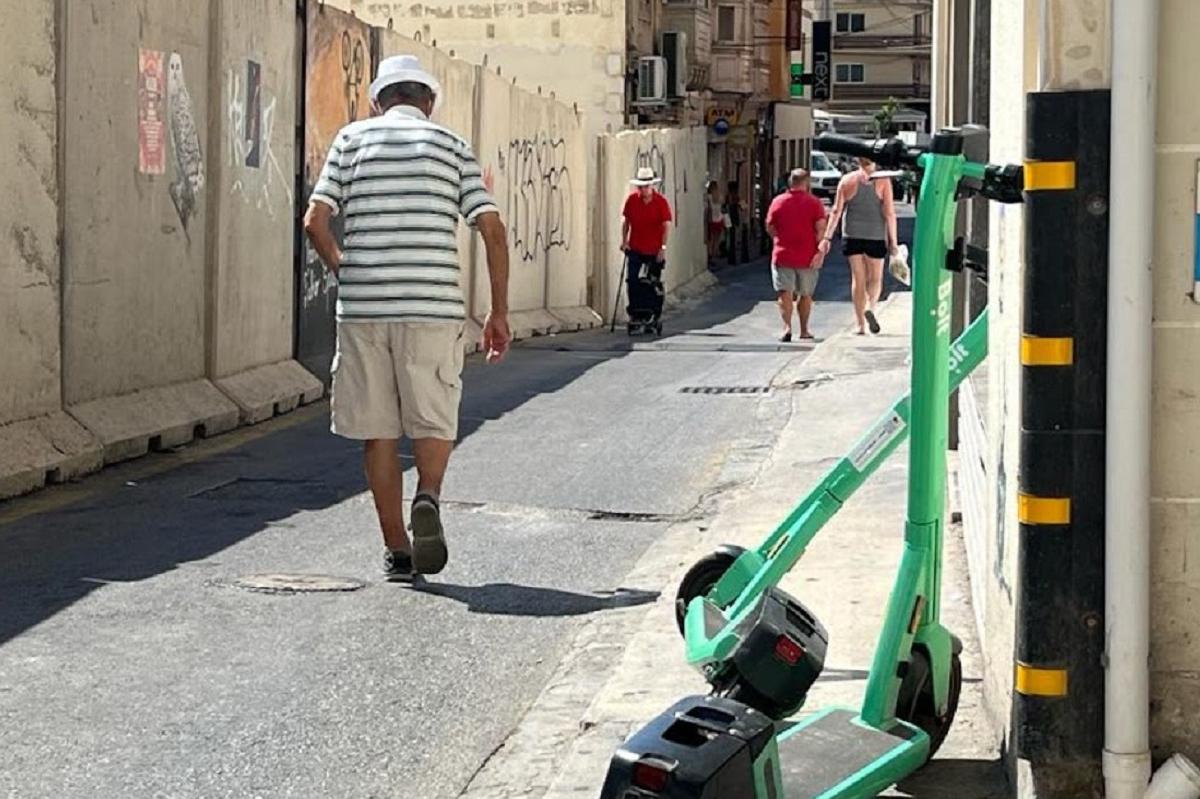 In the French capital, Paris, scooters are allowed on roads but not on pavements.

A violation can land riders with a €135 fine. Blocking doorways or pedestrian crossings can result in a €35 fine.

Germany passed legislation to regularise scooter use earlier this year.

According to the rules, the two-wheelers cannot be used on pavements unless road access is restricted.

In Sweden, where scooters are classified as bicycles, they can be used in pedestrian areas. However, the scooters are controversial there, especially in the capital city Stockholm where dozens of injuries – and even one death – have been logged.

Since the reform was rolled out, the scooters can no longer be used in pedestrian areas and pavements.

However, rules vary from city to city.

In Barcelona, scooters have been completely banned and, in Madrid, the authorities withheld licence renewals for several ride-sharing companies.

Addressing a press conference recently, mayors from Malta’s Eastern Region called on the authorities to enforce the rules, saying this needs to be done before there is a fatal accident.

The mayors are mostly concerned about speeding by underage riders.

“In most cases, scooters are being used for joyriding,” Chircop said, adding that obstruction of pavements is another problem the localities were facing.