The government should “publicly and unambiguously” condemn any kind of hate speech and disparagement of the memory of slain journalist Daphne Caruana Galizia, the European Parliament has urged.

In a letter to Deputy Prime Minister Chris Fearne following up on a meeting last month, the chair of the Rule of Law Monitoring group, Sophie in’t Veld, insisted that the hate campaign against Ms Caruana Galizia and her family “must be stopped as a matter of urgency”.

“We expect the government and its services to refrain from any hateful messages, including on social media, and condemn any such messages by others,” the MEP wrote in the letter to Mr Fearne, who had met with the delegation instead of Prime Minister Joseph Muscat, who was abroad on official business.

During a press conference held at the end of the two-day visit to Malta last month, the Dutch MEP had expressed concern that the authorities seemed reluctant to act, noting that there was also a sense of passivity which often resulted in lack of action.

In the letter, which was sent ahead of the full report to be published in the coming months, the MEP went on to reiterate the request made during the meeting that all of the pending libel cases against the murdered journalist are dropped.

“It is only just and humane that libel cases pursued by members of the Maltese government, which are now being faced by the mourning family of Ms Caruana Galizia, are immediately withdrawn.

“This is also to act as a unifying and reconciling force to help the Maltese society overcome its divisions,” Ms in’t Veld went on.

On the makeshift memorial in honour of Ms Caruana Galizia, which has been the subject of controversy after the government had it cleared on several occasions, the MEP told the Deputy Prime Minister that it was of the utmost importance that a solution for the memorial site. This should be in cooperation with both the family of the journalist and civils society, to ensure the remembrance can take place “unhindered”. 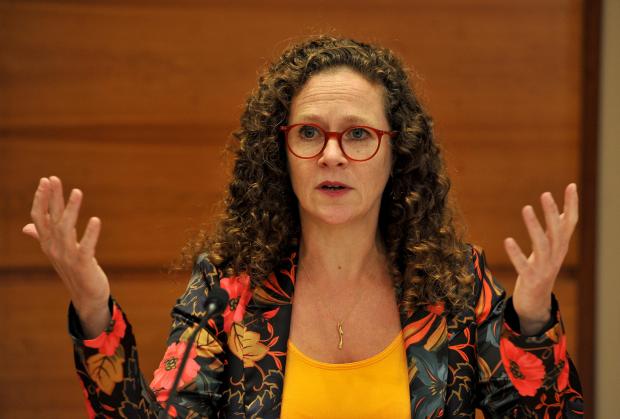 The MEP concluded the letter by again encouraging the government to consider inviting the Council of Europe’s Venice Commission to Malta to provide an opinion that would analyse the legal and institutional structures and practices of the island’s law enforcement and judiciary systems in light of European standards.

Contacted about the letter, PN MEP Roberta Metsola, who was part of the delegation, said that the letter that was sent to the government was an interim one before the publication of the full report.

“In it, the chair of the monitoring group emphasised MEPs concern on some fundamental issues. The hate campaign targeting Ms Caruana Galizia’s family must be stopped and we expect the government to do all it can to stop the campaign and not excuse any government official fuelling the hatred.

She went on to add that she hoped the government heeded the monitoring group’s advice on inviting the Venice Commission to provide an opinion.