Rising numbers of COVID-19 cases hit consumer confidence last month, with people reporting they felt less comfortable carrying out everyday activities like going to the doctor or shopping for groceries.

"We saw the lowest set of scores we ever recorded so far in terms of people who are already comfortable with going to medical appointments, or shopping in a grocery store, for example," a spokesperson said.

"With the exception of one category of day-to-day duties, we saw a decrease in positive responses over all the other categories."

The company carried out three surveys so far - in August 2020, November and March - asking people to rate how comfortable they feel about activities ranging from attending a medical appointment to going on a cruise. 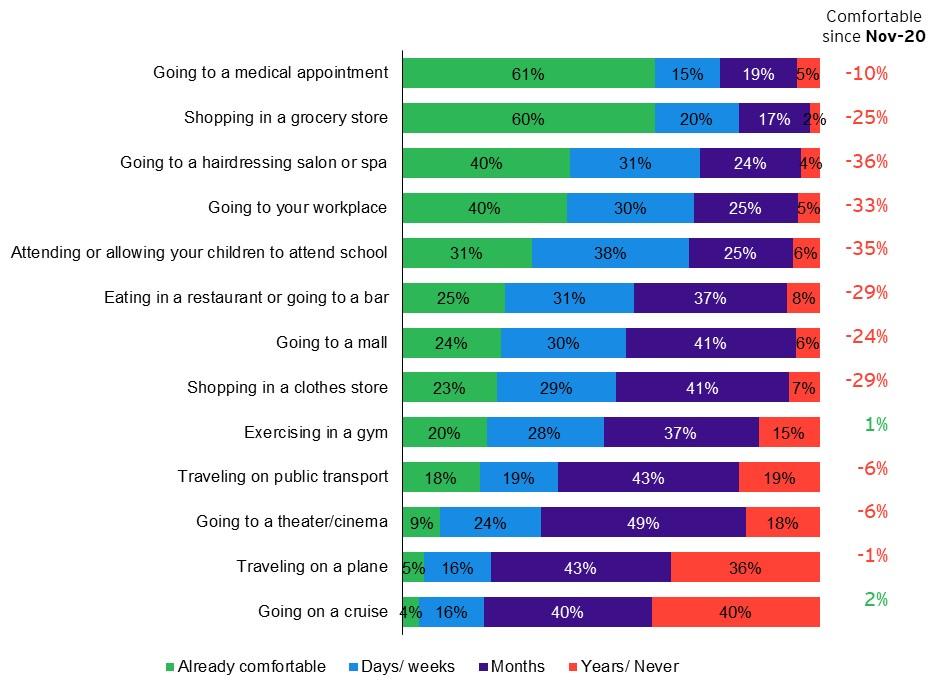 Consumer activities ranked by confidence levels, and how they compare to previous surveys. Source: EY Malta

It said its finding showed people who took part in the March survey, when infections reached record levels, were “more significantly anxious and concerned than at any point during previous survey cycles”.

Going to a hairdresser or spa was the activity that saw the biggest drop in confidence levels, down 36% from November.

Significantly fewer people reported feeling comfortable with sending their children to school (down 35%), going to work (down 33%), eating in a restaurant (down 29%) or shopping in a clothes store (down 29%).

In mid-March Malta went into a shutdown, closing most of these services. But there was also a drop in people's confidence in going to medical appointments (down 10%) and grocery shopping (down 25%).

Only two areas saw an increase in people feeling comfortable: going to the gym (up 1%) and going on a cruise (up 2%).

Overall, however, while anxiety levels have increased, the activity that people feel most comfortable carrying out is attending medical appointments while the prospect of going on a cruise attracts least confidence.

The latest survey of 1,033 people, between March and April, sought to assess consumer perceptions during the vaccination rollout.

It reveals that only 4% of respondents are concerned about their employment status over the next 12 months, with only 8% thinking they will be financially worse off than they were in 2020 through 2021.

There has been a 16 percentage points decline in people stating that they will work from home more often, suggesting that people are less keen to work from home after the lockdown period.

A fifth of respondents said the pandemic has caused a significant change in their perception of their lives and most people predict a slow return to pre-pandemic life in a range of areas. 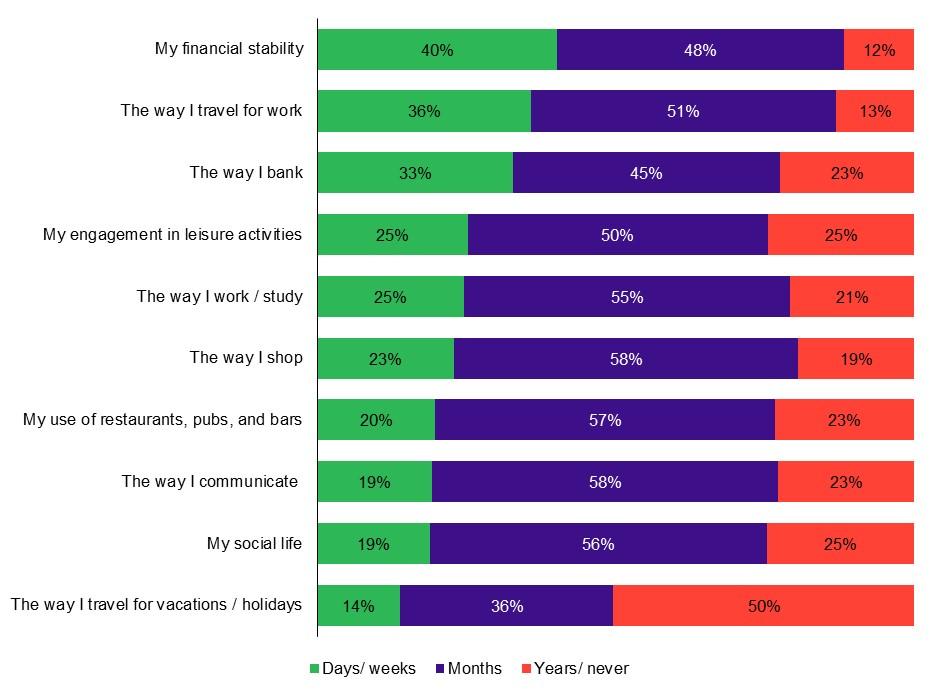 How respondents answered the question: How quickly do you think the following will return to the way they were before COVID-19 once the pandemic is over? Photo: EY Malta

Half the respondents thought it would take months before their leisure activities will take months would return to normal once the pandemic is over, with 56% giving the same answer when asked about their social lives after COVID-19.

Perhaps anticipating a fresh round of government vouchers, some 60% of respondents plan on eating out more frequently through 2021, compared to just 39% in November 2020.

Besides 70% of consumers suggesting that they would be more wary of how they spend their money, 45% of respondents suggested they are planning on shifting to online shopping in the future.

However, over a fifth (22%) complained about expensive and slow delivery and shipping practices when shopping online.