Underwater footage captured by divers finally proves that the wreck of a World War II British submarine located off the coast of Malta two years ago is the HMS Urge – putting to rest decades of speculation that the vessel sank in Libyan waters.

The footage shows the ghostly outline of the word ‘Urge’ etched into the side of the sunken submarine that is now covered in colonies of soft and hard corals, known as gorgonians.

“We already knew this was the wreck of Urge, but to see the letters so clearly gives important further clarity. The commitment of the University of Malta team to this work means a lot to the families of those lost on HMS Urge,” said Francis Dickinson, the grandson of HMS Urge’s captain, Lieutenant-Commander Edward P Tomkinson.

Divers also captured the area where the submarine was hit by the mine that sunk it 79 years ago.

“The damage was where it was expected to be: on the starboard waterline. The blast pene­trated both layers of the submarine which means water went inside. This means that any organic material – like fabric and human remains – would have only been preserved if covered in silt,” explained Prof. Timmy Gambin from the University’s Department of Classics and Archaeology.

The state of the inside of the submarine will remain unknown, however, as Gambin explains the wreck is a war grave that is not to be disturbed.

The identity of the wreck has now been proven without a doubt. Two weeks ago, divers headed underwater to record the site in a joint collaboration between the University of Malta, Heritage Malta and the Superintendence of Cultural Heritage.

“The divers were within metres of the wreck but they were operating under strict: ‘look, don’t touch’. This is a sea grave that is to be respected. The footage came with the unexpected and added benefit of managing to capture the name of the submarine, finally proving once and for all that this was in fact the Urge,” said Gambin.

“When we found it in 2019 there was no doubt in my mind, but some people continued to question it, and this caused anguish to the families. Now that has been settled once and for all.”

But why is this still important – eight decades later?

Gambin is clear: “If we forget these parts of history, then the efforts of these young men would have been in vain. They participated in an epic battle that was World War II and sacrificed their young lives.”

The footage will now be shared as part of the virtual Underwater Museum and the site will be granted legal protection as an area of archaeological importance at sea.

A memorial ceremony, originally planned for April last year, will be held in April 2022 to coincide with the 80th anniversary of its sinking.

The story goes back to 1941 when it was built thanks to the townspeople of Bridgend’s efforts during a National Warship Week, where cities and towns across the UK raised money to fund the building of ships and weapons, The Telegraph reported. The HMS Urge cost £300,000 in 1941 - more than €13m today.

The people of Bridgend “adopted” the submarine and its crew after it was completed and regularly sent them parcels of food and luxuries – until it vanished without trace in April 1942.

Back then, Malta was being heavily bombed by Nazi Germany and its Italian allies. As a result, the 10th Submarine Flotilla, known as the Fighting 10th, were ordered to leave Malta and set up base in Alexandria. On April 27, 1942, HMS Urge left Malta but failed to arrive in Alexandria on May 6 and was reported overdue.

The submarine was carrying a crew of 32 as well as 11 other naval personnel and a journalist. Aboard was Lieutenant-Commander Edward P Tomkinson, whose daughter Bridget Dickinson was a baby at the time. 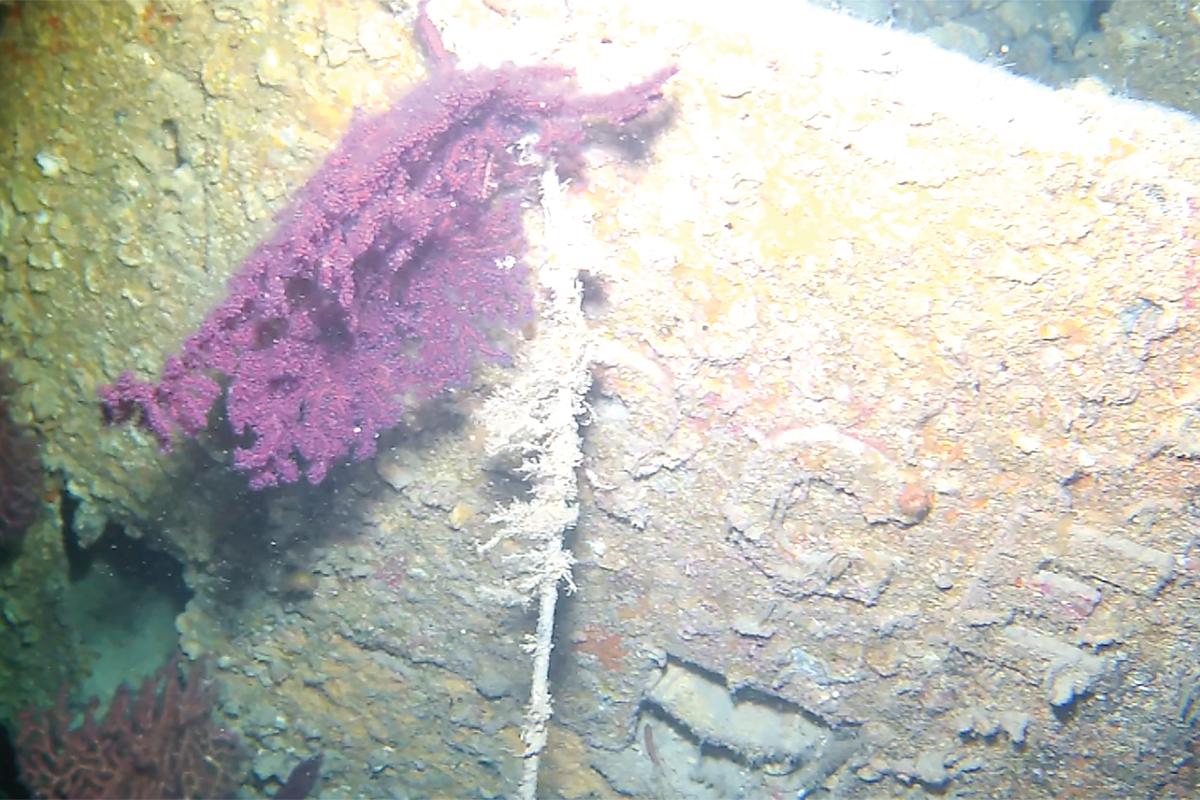 Divers managed to photograph the name of HMS Urge which was visible on the submarine.

Decades later, her son, Francis Dickinson, formed part of the team involved in the search for the HMS Urge that was finally found in the summer of 2019. It was discovered standing upright at a depth of 108 metres with her deck gun facing forward a couple of miles out from Grand Harbour.

The find was meant to put to rest a false claim made back in 2015 that the submarine wreck was found off the Libyan coast. But even after the find, some insisted that the wreck found in Malta was not the HMS Urge.

This had an emotional weight on the families of the crew since, if the submarine was really found off Libya, it would have meant that the commanding officer and his men disobeyed orders as they were not to deviate from the course.

In an interview with Times of Malta soon after the find in 2019, Dickinson spoke about the importance of the find. He was present when the wreck was found – years after listening to his grandmother tell him about his grandfather’s role in Malta’s war story as the captain of a submarine-based on the island during the Second World War.

“It was the experience of a lifetime to be above the wreck and watch live colour images of such a special submarine lying upright on the seabed… She was true to her orders and undaunted to the last,” he had said.