Minor construction projects that may pose a serious hazard to workers are going under the safety watchdog’s radar, the National Audit Office has reported.

The Occupational Health and Safety Authority also does not have an exhaustive checklist on what to look out for during inspections, despite recommendations made to it in 2016, the NAO said in its latest performance audit of the OHSA.

The earlier review had focused exclusively on the construction industry and the way in which the watchdog was enforcing standards.

Four years down the line, the Auditor General has welcomed the OHSA’s decision to accept some of the recommendations but highlighted others that had not been taken up.

In its 2016 review, the NAO had expressed concern about “near misses” occurring in the construction industry that the authority was not aware of.

It had therefore recommended lowering the threshold for the size of projects that the OHSA is notified about, to include smaller ones. This, the NAO argued, would give it better visibility of construction sites.

By law the authority needs to be notified only if works are due to last longer than 30 days and involve more than 20 workers at the same time, or if the project is set to exceed 500 person-days.  A person-day is a unit of measurement based on an ideal amount of work done by one person in one working day.

However, the NAO’s recommendation was not accepted on the ground that it would result in a “bureaucratic burden” which would require more staff.

The OHSA holds that the thresholds in terms of project sizes are based on the EU directive on construction, so it does not see the need to take extra measures. 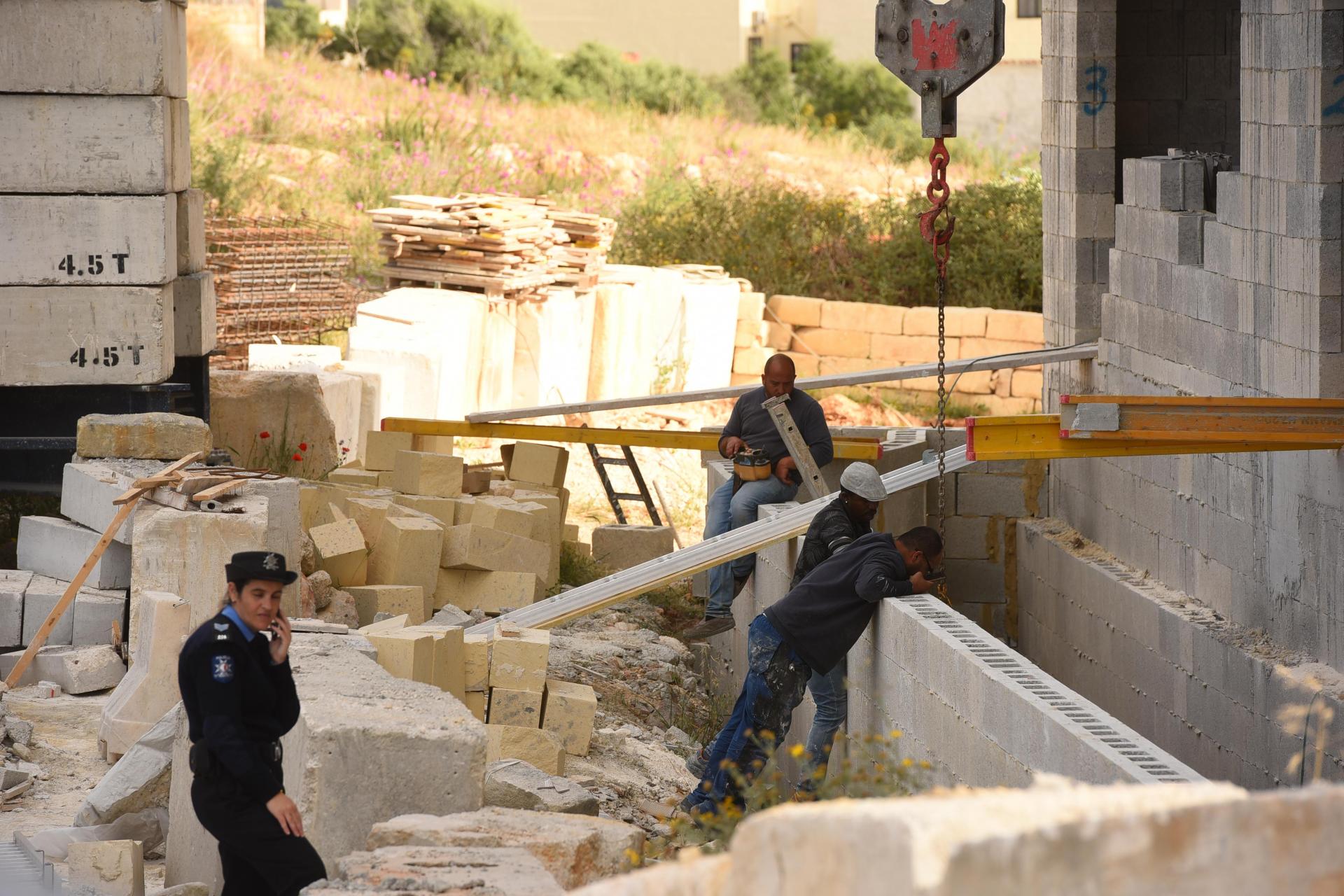 The scene of a construction incident in Mġarr in April after a worker fell to his death from the site. Photo: Chris Sant Fournier

Last year the construction industry had 27 injuries per 1,000 workers, according to OHSA figures, second to the transport and storage sector.

Another shortcoming flagged four years ago was the lack of an exhaustive checklist to go by during onsite inspections, to ensure that minimum health and safety standards are respected.

This recommendation was partly implemented, in the form of a three-page checklist to serve as a guideline.

Yet, from a sample of 32 OHSA files reviewed, covering 69 inspections, the list was only found to have been used in seven inspections and was not comprehensively filled in.

From an administrative perspective, the OHSA’s management information systems came under fire again, with the NAO describing them as inefficient and inadequate. The authority is still relying on paperwork and extensive use of Microsoft Excel to organise its records.

The lack of a proper system was cited as one of the reasons that the OHSA was unable to lower the threshold for being notified about projects. It also stopped the watchdog from devising a system that would help it prioritise certain inspections.

According to the OHSA, this is beyond its budget as it would involve a capital investment of €250,000 and an annual recurring expenditure ranging from €15,000 to €23,000.

While acknowledging this challenge, the NAO said an automated system would mitigate the shortage of OHSA staff as it would drastically improve efficiency.